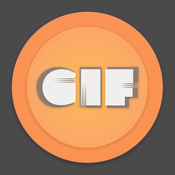 Customer Reviews of the Giflay App

Full screen view, variable speed, frame view and save frames are what makes this app great. What would make it even greater is if it has the ability to pause on a frame and export from the gif library to the camera roll.

There are very few reviews I give that are even positive. Never 5 stars. And this app p***** me off because I can't find anything wrong with it. But I'll keep looking and eventually I find something wrong. I'll let you know.

Waste of a dollar. Go to popkey

might want to update your App, cant upload at all . nothing happens when uploading

No longer works with ios 7

Was a fantastic app for me until the update of 12-19. Crashes immediately on start now. Probably outstanding on ios 9 tho.

I have had no issues with this app, like the title says it just works.

Nice tool to view gif’s. I hope you add a feature to speed up or slow down a gif.

The best app ever

I barely write review.but this app makes me write review Very useful you all guys should download.

BJ The Truth's Review of Giflay

The one to have!

This is hands down the best GIF viewer I've come across... I have tried several others but usually at least a couple of my GIFs won't open on the others. This app plays every last one of the GIFs I have with no problems. Also this app seems to be the only one which can play GIFs at the correct speed, and it has a speed adjust feature just incase.

Easy to use and just good!

It would be excellent if I could select gifs to make a "slideshow", so they play in a sequence--- and be able to set the number of repeats of the gifs. It could be that each plays 3 times (or 2, or 5) before the next one in the sequence. That would earn 5 stars!

Excellent while it lasted.. Until iOS updated

Best GIF APP ever, why I love it the most? 1/ has it's own capacity. 2/ can make a lot of folders, and naming the image。 3/ can share with Twitter 。 4/ has cute styles and passcode。 it will be awesome if we registration and do backup。 sometime the GIF image doesn't animated and turn to unanimated image I don't know if the problem from the app or from the iPhone 。 4/5 because nothing perfect in this world 。

BJ The Truth's Review of Giflay

It needs split screen for iPads, other than that it is a decent app.

Does exactly what you need it to do!

Collects all the gifs I've saved to my device and puts them in one spot for me to find. Perfect for viewing gifs.

Super easy to view and manage your GiFs

Does exactly what its supposed to. Quick.

Initially app was dead in the water.

A reboot got me up and running. Will evaluate and then update.

I've tried several apps for viewing GIFs, and all of them crashed whenever I tried to play certain GIFs. I was a bit leery of this one at first due to the grammar in the description being a bit wonky, but I gave it a shot anyway. Turns out this one works perfectly. This is the only app I've found that has no trouble playing any GIF, even the ones that make all the other apps crash. I'm a huge fan of the organizational system as well. Most of the apps I've tried have almost no ability to organize images within albums, and some don't even have albums; this one, however, actually allows you to move images around in albums. Just tap and hold then drag to where you want them, no messing around with changing file names or anything. On top of that, when adding images to albums you can actually see which images are already in albums. That's something not even the default photos app does! The way it plays the GIFs is better than any other app I've tried as well. It doesn't take ten seconds to load each image, it plays the GIFs at the right speed without needing to tweak the speed, it can tweak the speed if you want to anyway, it can even look at each frame individually. Unlike basically every other GIF viewing app, this one actually does what it should.

A perfect app for me

Best GIF viewer, with a simple interface, smooth play and hi-res presentation of GIFs. Easy to use speed control and zoom. Also, will load GIFs by wifi from PC on same network. And excellent support for questions. Highly recommended!

Never written a review before. This app is absolute unmitigated useless garbage. Cannot even get to browser to save any gifs. Waste of 2 dollars. Avoid.

Cool app, would have given it 5-stars if only it had its own storage for images! But it is dependent upon ‘photo stream’ for storage ... if you delete gif from photo stream... it also disappears from the app.

A very well crafted viewer, with all the features I wanted - TouchID, categories, speed adjustment, frame-by-frame viewing, and a clean interface. It actually makes me happy each time I use it, which isn't something I can say for most apps.

Works perfectly and has a good, clean design. The only thing missing is for this to be a universal iPhone/iPad app

Easy to view all animated GIFs

Best app to view gifs on your iPhone.

The app auto detects and loads saved gifs from your photos. No special folders or importing one at a time. It just works.

I enjoy this app because it has a user friendly interface, and it's easy to use. In addition, the animation and picture quality is great.

The best app I ever used to watch a GIF, couldn't praise more.

I can't get this app to work in any of my other albums. Asked a simple question an no response in over a week.

Wanted to say a quick thank you to the developer for adding iPhone X support. Great to see the ongoing support for this app 🖖🏻

Which can not be shown by ios photo app. It does what it says.

You're scaring me Mr. Kim. Can't delete it. Someday when it "gets fixed" and it lets me delete it, I will.