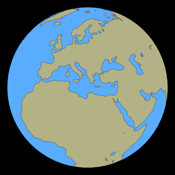 Customer Reviews of the Seaiq App

I have been using SeaIQ for 2 years now. It was used to sail from fort Pierce to the Bahamas loading all Explorer charts (Raster). Then later loading all my vectors charts used on OpenCPN we sailed from the Bahamas to Cayman, Guatemala. Just had some issue with some S-63 charts - but I have the same issue with OpenCPN. The app is very intuitive and easy to learn. We are using it more now than our laptop and as a substitute to our Navionics chartplotter where some charts are unreliable. So far it is the best app for navigation. they could get all stars if I could use better Pacific Charts or my old CM-93 charts that are better than what their charts suppliers are selling!

Downloads, at least from the NOAA site, are excruciatingly slow in comparison to direct downloads from the site. Plus the app needs to be on screen with the iPad awake for downloads to complete. Any switching away can cause one or more chart downloads to fail, and you, rather than the app have to retry the update to pick up the missed charts. Lazy software design yields a poor user experience. The premium features would be worth the money but presumably the quality of the free version matches that of the paid version so no thanks.

I love this app, especially for their NMEA as AIS features as well as showing a data bar on the map. The only feature I'm missing is VMG.

I have been using SEAiq open for a few years now. I rely on free charts from NOAA for sailing in the USA, and charts from Chartworld for other areas. The app has proven to be very reliable, integrates with Active Captain, and Aye Tides data and others for complete offline use. Highly recommend the app S/V Cormorant

CM93 users, don't buy or update to this version.

I am still searching for THE iPad navigation program. Someone recommended SEAiq to me. Without paying a cent, I was able to try it out and easily loaded my existing CM93 chart library onto my iPad. Very cool. To see below 50,000:1 chat detail, you do have to pay, but a reasonable price. Thumbs up for the try-before-you-buy capability. Have not actually navigated with it yet, but will soon.

SEAiq is the best chartplotter available for the iPad for use by recreational cruisers in areas that low cost digital charts are available. In other areas the cost of chartworld and primar charts are excessive for recreational boats, when other chartplotters can use charts as good as the chartworld and primar charts at 10% of the cost, and 1% of the aggravation. If SEAiq can fix this inequity, I would give it 10 stars, not just five.

Have used a lot of navigation programs on laptops. Use mostly CM93 charts of the world, using Open CPN on the laptop sailing all over the world. If SEAiq no longer supports CM93 charts, well when I loose the version that works I will no longer use SEAiq. That was a LOT of money to waste for no support. S/V Selah

Nice. Now I can use the same charts on my iDevice as I can on OpenCpn, cm93. I installed the entire world on a iPod Touch 4. Rendering can be a bit slow/choppy when starting out, but seems to cache some information as it gets a bit better when viewing areas already viewed previously. Would be nice to get GPS data from a TCP/IP source instead of only built in GPS (since mine does not have one). Will also conserve battery life if the internal GPS can be disabled. I could see this product be a great companion to OpenCpn as new features are added to the product. If the developer could provide a good integration/complement to OpenCpn I think there would be lots of interest. Add some pages to repeat NMEA data and you could easily have a repeater for your Nav system as well (assuming they offer TCP/IP support for nmea data). Well done so far, and looking forward to updates.

This was great application back in the days when cm93 was supported. That was also the sole reason to buy it the time. Not anymore. Shame

I don't know what to say but I use seaiq just about every day and have garmin and navionics on my iPad as well. All the other chart plotter apps seem like toys to me, SeaIQ is the app for the serious navigator.

Seaiq promoted its ability to handle the unencrypted s-57 vector charts like cm93. Many bought it for this purpose. Without notice or option to users the company discontinued this feature. All of a sudden for me hundreds of charts did not work including many I had created using this format. What's worse is this happened in the middle of a sailing trip when I was so foolish as to update the app. I would stay away from a company willing to do this to its customers. When will they make the next decision making hundreds of dollars worth of charts useless. There are plenty of apps now with similar capabilities so the feature set is no longer as unique as it once was.

This app works just as well as the $4k plotter I have on the boat. Very user friendly for the not-so tech savvy person. Access to the free NOAA charts is a plus for fisherman and it notifies you of chart updates. I also like having it on my iPad for planning fishing trips away from the boat with other captains.

Yep, it's free but press any button and you need 19.99 to continue.

It does nothing free, not intuitive on chart loading. Everything is an upgrade. Useless as a free app. Less than one star.....

I heard this was a good iPad platform to view and see your vessel's position on downloaded google maps/charts? There are multiple variations to download, and it is not clear about the differences between them? It always asks you to upgrade for more money, but does not explain what you are getting. Worse, it doesn't just upgrade your version, you download yet another Ap. So if you already installed charts on one version, you then need to reinstall the same charts again... This Ap needs a lot of work to make it user friendly.

Used to be great. No longer for cruisers.

Early versions let you use your CM 93 charts, like Open CPN does for your laptop. Like Open CPN you can also view your Google earth .kap files. Of course the latter are extremely accurate, even in parts of the world where your regular charts can be off by miles - and often are. Now the CM93 charts are no longer supported on the newer versions. Unfortunately there is no option of loading an older version. I like the old version so much that I have kept my old iPad which still has the old version. In an attempt to use the newer version on my new iPad, I purchased some reasonably priced charts for the app and found them like crude sketches. Useless waste of money. So while still useful for viewing .kap files, there are far easier, cheaper apps for that. So unless you are a professional mariner, and can afford extremely expensive charts, this app has become almost useless for cruisers.

This app is great

I downloaded this app to use in the tender on iPad and iPhone and when not within range of our furuno tz touch. The 20 bucks to upgrade is well worth the price considering you can use it with already purchased or cm93 charts or with free us downloadable charts. If you want a chart plotter for a tenth the cost of a marine version I suggest this app, an iPad and a lifeproof cover. i honestly would be happy sailing around the world with one(and a few paper charts for spare;) I will mention that with the entire world downloaded the system runs a bit slower but if you only have the area you are using installed it seems to run faster. Also after installing it on your iPad and when you go to use it on your iPhone you just have to click purchase again and it will update although you don't get charged twice as long as your apple ID is the same. Happy sailing and thanks seaiq for putting chart plotters within reach of the common people. I wonder how long it is before everyone is using iPad as there main chart plotters?

I've used this app for two years and I love it! It's been continuously updated well supported and very capable. It includes AIS, Tides, Active Captain Support, plus excellent routing and nav facilities. An exceptionally useful feature is wind overlays and the ability to query weather buoys for current wind speed and direction info. Over all the best buy on the market!

Just used this for the first time. Moved my boat a couple hundred miles and it didn't skip a beat.

The first app that REALLY does it for me. It has evrything you need to navigate safely and what is best...it is 99 percent effective MINUS the internet. For my taste, any app that needs internet connectivity to function has no place on board. The ONLY feature that requires internet is for REAL TIME weather access but....minus internet you can still download your gribs via SSB and overlay them onto the chart so you still have full functionality. From the very first minutes of using this app I was convinced that the author if the app actually has a boat that leaves the dock. The guy that wrote this actually knows how to navigate. Great job.

Loaded up my Vector maps and worked on the first try!