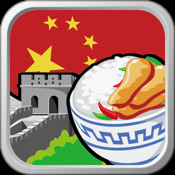 Do not buy this app.

The map has street names, that's it. Very basic. The search function on the map only works with street names, there are no hotels, landmarks, anything. There is a bookmarks page, but no way to actually drop pins or bookmark anything.

Bad... but not totally atrocious

This app is pretty bad... but at least it works. Thus it gets two stars. Although I did not investigate the maps for each city, those I did look at were pretty basic. They were not much better than a "guide" to the streets, rather than a map. No real detail. Furthermore, there are no English labels on the streets (I speak Chinese, but do not read it, so it is difficult to use if you are limited language). The search function is also next to useless. The POI list is also a joke (describing it as incomplete would still be an overstatement). It is a bit difficult to switch between city maps. Never sure what map you might be on. Maps do not scroll smoothly, and are difficult to find a point of reference (little things like a giant white space where the ocean should be are a good example). In a pinch, it might help to you get from one point to another, but I would rather accept the data roaming data charge, and use the built in google maps on the iPhone/iPad. The tab for subway maps (although not interactive) is nice. The icon is also very attractive (gotta at least say something nice about the app) I have purchased several of these apps, and I found that the city maps all seem to be from the same source, thus if you think you might do better going somewhere else for a similar app, you are pretty much out of luck

This the worst map I've ever seen! Not worth even a penny! I want my money back! Harry

I hate this app