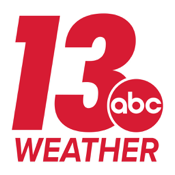 It won't update and I'm ready to delete this app. Not very happy now with this.

This app is great, besides the fact that it takes way to long to load. I'm not so sure it's really loading, I think they just make you look at the splash screen. It would not be so bad if it did this once. But it does it every time you switch back to it from another app. It would also be nice to see retina graphics for the icon. I will no longer be using this app until these issues are fixed.

Works Great! Family around the US use this app for their wx location, as well as, for the location of other family members.

From Great to Awful

This was once a super weather app. Now it’s broken. Half the time, it won’t even connect to wifi and the colors are horribly wrong.

Would prefer a no-ad version & willing to pay a bit for it. Also would REALLY appreciate a weather app which displayed the PREVIOUS 12 hours' temp & precipitation. Nobody offers it. Finally, App Support is non-existent. Outside of an adequate in-app help page, you can't contact anyone with ideas or problems. The app description app support link goes to WZZM's website and info about downloading various platform's weather apps. Very disappointing.

It help me out on my field trip

This is a great app but it needs to show the "real feel" temp, wind chill, and dew point. How can a weather app leave those out?!

I used to be able to see other city’s temps, after the update I can’t. It will only let me edit and even then I can only know my own city.. please change it..

Less than one star

This was my go-to weather app. I recommended it to many people. Since the latest update, well, the app is no longer being recommended. Until the radar animation is fixed, the app is way less than it could be. On my iPad this app does not auto rotate as it should. Other similar apps work fine, the WZZM weather app fails to work right. Slow radar animation and bad auto rotation equals a low score.

Latest version is unusable. Map is awful!!! Storm icons and tracks awful. Best to use an alternative until they overhaul and fix these issues.

Map no longer useful with latest update. Please fix ASAP. Used to be the best weather app, but not now! Depend on this. Don't send me back to the weather channel

It crashes. That is all.

The app works well, and WZZM13 weather is unsurpassed in weather prediction accuracy for West MI. I enjoy beautiful but functional weather apps. I try others, but I always come back to this app for WZZM13’s accuracy. I would stop trying other weather apps if there was an IN APP PURCHASE to REMOVE ADS.

Hasn’t worked since the update.

I love this app and I usually use it multiple times a day but since the update it won’t even open hopefully this will soon be fixed.

Helpful, but takes a long time to load without wifi.

Update: The Wood TV8 weather app is better. Bill Steffens is the best meteorologist anyway. Terribly hard to read. The old 10 day forecast was simple and easy. The new app is garbage.

The morning forecast on TV predicts a high of 79. The app, 78 degrees. And the hour-by-hour? 76. West Michigan's most accurate forecast? Which one?

Going to delete. Keep getting thrown out when attempting to look at closings/delays

WHAT HAPPENED??? Ever since the "update", radar does not work on my iPad 2, the map itself looks weird, not like it used to, when I try to zero in on a particular area, it gets overpowered by the names of towns in an unusually large font, which is totally distracting, it's just bad all around. I used to use this app ALL the time. Now, it's useless. I will probably end up deleting it. Who's bright idea was it to change this app anyway?

This app allows you to view the map to see the rain, thunderstorms and a lot more. The app is great for camping and for having later activities to see what's coming ahead, it also allows you to see the cloud cover, rain, thunderstorms, snow, and the app now has the whole United States to see all the rain and what you can see what's coming for future events/activities. If you want a great app I proffer you hit the download button cause this is so helpful thanks a lot WZZM!!

The radar map no longer works since the latest update. It's totally useless and the map is the feature I use most. If the bug isn't fixed soon, I'll delete the app.

Love this app! The weather portion of the other app doesn't give all the info this one does.

This was my favorite weather app. I used it several times a day. Now, after the last update, my app won’t open.

I use this app every day and it is always very reliable. My husband works outside so this is a very valuable tool for him!

Radar tracking does not work on ipad2. A real iPad app version would be nice as well.

Was great, but getting surpassed

Latest updates display key every time - it clutters the maps Adds take up space. Need add free option. Slow to load on splash screen. At one time this was the best weather app, but due to lack of updates/improvements and the above issues it is getting passed by other better options.

The app in its new form continually pops up when I swipe my widgets and notifications page to bring up my current kindle book - very irritating. I don't even show this app as a widget so have no idea why it pops up when I click on my kindle widget. The old version did not do this. There is a lot to like about the new version but with so many more options out there I am deleting this app until the bugs are out

No longer auto rotates to landscape on iPad

This app has been my preferred weather app for a long time, but now the app no longer auto rotates to landscape. I have to shake and twist the iPad over and over to finally get landscape mode. I don’t have to do that with the newly designed Weather Channel app. That is now my preferred app until this app is fixed. Pleas fix it. I have an iPad Pro.

Weather forecasts way out of date.

A winter storm is approaching. The app said zero precipitation, the WZZM website said 8 inches of snow. It hasn't started snowing yet but there is a winter storm warning currently in effect. Thus the data source for the app is just plain wrong. The is so much fake news on the internet, I don't need a weather app that lies to me too.

Lost setting for key. I do not need the key, clutters the display. Maps, i know, but the mustard colour "fakes" the display, however i have had no problems with the accuracy. Future cast as accurate as my 3yr old niece! Still best app for hurricane and storm info, tracking even bow-echo is visible! Please keep this evermore Useable!

Used to be my favorite

Could be great if it actually worked.

10 day forecast only half

Thnx for tricking me into opening a message from u to take a survey for an iPhone 6....to only sell my email address... Deleted app an will now bash channel 13

Glad to see a local app for my IPod. Works great, and loads fast. Looks like they went back to a older version that works.

Not very happy with the latest update in June 2016. For some reason the satellite view of clouds never shows up!

Use it all the time. The radar map is decent. It defiantly works better with wifi. Wish it included the humidity with the 10 day outlook...

I've had this app for a while, and I love it. However, now when I want to check the future radar it shuts itself off. That would be the only reason I'm not giving it a 4 or 5.

I don’t usually write reviews. But this app has seen me through thick and thin. I like to see the radar right of the bat. No menus to navigate, and shows you local warnings. The touch interface is smooth, simple, and interactive, performance is top notch. Kudos!

Update not an upgrade

New color scheme is not easy to read current weather conditions and viewable map space has been shrunk too much to be helpful. (Viewing on iPhone 5s)

This app crashes every time now. Was good until recently.

The last update broke this app