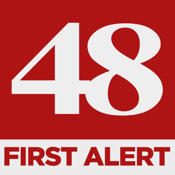 Doesn’t work do not use this app

Will not let me select types of alerts. Keeps telling me to select a location even though I already have one selected.

App takes way too long to load up. Many times I get “network error”. Don’t like the ads.

Used to love it ... now it’s just slow and won’t load unless I have perfect service 👎🏻

Trying to reload to see if it helps.

A Good App But Needs Some Changes

The app provides timely weather information but runs patrons through the same advertising each time it is accessed. During dangerous weather this delays access to important information while one waits 5-10 seconds viewing advertising that has already been viewed.

Doesn’t give storm/tornado warnings for my area, but flood and other warning for other areas. Yes, I set it for my area in the settings. Too many ads on the app. I just want weather.

I loved this app. so much until it got updated. Now I can’t hardly tell the warnings because the colors are op similar. Will have to download another weather app :(

Not worth the install

Very annoying ads that start every time the app opens and pop up very often.

Delete then Reinstall app if problems after latest update

This is my favorite WX app, however, after last update, app would open, then immediately close. Simply deleting app then reinstalling it fixed the problem... works fine now without problems.

Daily wind strength and direction does not match hourly

App is slow to load, especially radar, which sometimes won’t load at all. You can’t rely on daily wind info, as it doesn’t match hourly, and precipitation is often off from daily to hourly also. Looks like no one ever checks for errors like this. Unreliable.

Good weather. Ads and voice alerts, not so good.

I understand ads in apps. This app has too many. And I really don't like the new update they released, that plays voice alerts for everything. They were fine for severe weather alerts, but for the 5 or 6 "station alerts" that come through, the voice alert gets really annoying. I will be uninstalling this app because of that. Maybe I will reinstall it later down the road to see if they've gotten rid of them, but until then I will be using another weather app.

I just updated it and when I try to open it, the app crashes!

Although I turn to this station on my TV for weather information, this app is worthless! Getting radar is a hit-or-miss activity; getting specific information is rarely possible. At least I have other, more reliable apps.

As promised, 5 stars for fixing the app so it works again. Couldn’t edit my last review, so adding this one.

It’s not working since the most recent update. 😑

The storm warning/watch areas show as one big bright red blob over the map so you cannot see details of the map to understand where the storm is actually tracking. Unusable during real weather emergencies. Bad design.

The full page ad when opening the app is very annoying. Even if I leave the app for 30 seconds, when I come back, the ad is forced again. Totally ridiculous!

great app for the most part. I prefer this app over the pre-installed Weather app. THE ONLY THING I WOULD LOVE that would make this a 5 star app is a widget for the notification screen. it can't be too hard to do since almost 90% of the apps on my phone, even some games, come with widgets. I'd just like to take a glance at the weather instead of always having to open the app

App is good - but too many ads.

Why do you want Bluetooth on?

Every time you run this app or leave and come back there's a stupid, slow ad.

Poor rating..used to be good app

This revision not an improvement

I used to go to this app first thing each morning to prepare for the day. Now I just go occasionally to check and see if they restored the features I liked. in the app. I used to be able to see the forecast by the hour including chances of rain. Of course it wasn't always right, but it gave me a pretty clear picture for the day. Now I only get two or three statistics so I go to a rival App for the same information I used to get from WAFF. Hope you restore what you used to have. Until then I'll use another app and just check back with you occasionally.

The “warning” boxes are so dark you can’t even see the radar. So then you have to take the extra time to turn off the “warnings” on the radar. This doesn’t help the situation, especially if you are unfortunately basing most of your alerts off this app. I know you aren’t suppose to but sometimes you don’t have a choice either. I just feel it could be more user friendly.

Tired of watching ads! I downloaded it for news, weather and sports but get bombarded by ads. I understand that ads pay for the app but they went overboard.

This is a horrible weather app. Wrong more than it is right. Won't load half the time and when it does you can't trust what it says. It's raining right now and the app still says it's not going to rain. You can't make plans around the weather if you can't trust your weather app.

How do I stop BLOG announcements?

How do I stop BLOG announcements without also stopping severe weather watches/warnings? I asked this several months ago and I still don't see a way to do it in the app's settings.

Please get rid of the Bluetooth notice.

Thank you for a great app. I use it everyday and many times more than once. I love the hour by hour forecast and it's usually very accurate. I do not use Bluetooth because I need to conserve my battery. A "do not show this again" option would be nice, or you could just show it once. I am happy to be rid of the initial ad that delayed going right to the weather. So far, the new ads seem tolerable. I will gladly pay for no ads at all. Thank you.

The most recent live broadcast

I enjoy the app and have used it for years. I miss the feature on the Live Broadcast of it playing the most recent broadcast when Love is not available. This was a nice feature to get a detailed weather report when I was not able to view it at the time it was being aired. Please bring this option back. Thanks.

Pass on this app it has gotten slow and add saturated

After this last update I can’t use it. Won’t load

If "live" means periodic (to the tune of about once a minute) with a fake radar sweep being drawn in the app (and by the app) which runs way too fast and is far too long compared to the actual Doppler radar that WAFF uses, then you'll be pleased. Want to see a neat trick? Zoom out and view the United States. The sweep almost touches the gulf coast. If you're going to mention multiple times a day and night on the air of being the only one in town with a mobile app with live radar, it better be what you say it is. Otherwise, it hurts your credibility. To Brad's credit, he's even been polite enough to mention that the data in the app may be about a minute older than actual. Nonetheless, the app continues to be mentioned as having something unique compared to the competition; however, it simply doesn't have what is being peddled everyday on the air.

Too many ads and not as much information as before. The ads before the videos are nearly as long as the videos themselves! I am going to other options and hoping this new version is updated soon to be more like it was previously.

I have enjoyed this app, but frankly the updates have not improved the navigation. I think I preferred a few updates ago to any of the past few. And, this Bluetooth notification is annoying. I don't have anything to pair with it and I purposely keep Bluetooth turned off on my phone as it drains the battery. Also, the app takes makes longer to load than it ever did before. Stop improving something that didn't need improving.

Not optimized for iPad

Full page ad upon opening app caused me to remove it. Not cool.

Downloaded this app to access current weather information. The ads load really quick but the weather content does not.

Clean up your video ad server implementation. It should never hold up content presentation.