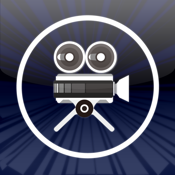 Customer Reviews of the Pocketcam App

So all this all does is stream video from the iPhone camera, so it can be used as a glorified baby monitor and that is about it. Plus the video it streams is so tiny you can barely see it. I haven't messed with the settings yet to see if it can be made bigger, but it doesn't bode well that the developers don't have a better resolution set as default. Not worth buying.

I had some issues , I sent email and got fast response with actions telling me step by step how to fix it , over all I can't complain great app and more importantly great service !

If you erase it, you

I bought it and liked it. I erased my iPhone and I have to repurchase it to get it back? No way. It was fun while it lasted, but I will not pay for this app again just because I erased my phone. uStream will do just fine. Poor business policy on the company's behalf.

First it worked, now it doesn't. Great waste of 5 bucks. I should have looked at the reviews.

It does it actual job

Pocket cam work as suggested. I run OS X 10.11 ("El Capitan") and several other remote webcam programs fail to become usable as system webcam. Pocket cam not onlt suceeds at it has adjustable settings and even night vision.This the bestone yet!

Exactly what I was looking for...

Works perfect for Skype. I was going to buy a web cam but this does the trick!

❗️❗️This may NOT work for you, try FREE version BEFORE PURCHASING ❗️❗️

It's a crap! I wasted a lot of time and at the end it did not work. It's a waste of money. Instruction lacks detail informations.

I am happy I got the cam. The only this is that the cam is slow and lages big time. The cam needs to be updated or something tho fix it form being so slow.

Worked half the time BUT now new update freezes all the time.

The crummy video quality and lackluster feature set and documentation hardly make this app worth .99, let alone $5. Only purchase if you enjoy frustration and hate money.

iPhone 4 and still not working

The app still doesn't work. Loads then back to the home screen within seconds. Even with the update released today it fails. Get the app working you guys!

I installed the app and it’s terrible. grainy video despite whatever settings you choose. There is a stamp across the bottom in blue letters that you can’t remove. I should have bought a cheap web cam instead for $10 more. Don’t waste your money.

Audio and video are not nsynch.

Had problems to synch the cam- got immediately support reply, it works great with skype :)

Video is just a messed up green screen and everytime I click on the info button the whole app just closes and I can't get anything to work on it. I downloaded the pocket cam on my computer and it shows up on skype but just overall worthless app

This is awe$ome. I can use this as a webcam for vlc and skype and other things. But can you please please please add support for Linux(ubuntu specifically)? I run it alongside windows and the only other thing I have is a junky camera.

Setup was a breeze. Quicktime 7 pro found it easily. Unfortunately, resolution seems much, much, lower than hoped. Video size can not be adjusted live. Hate to be a hater. May work well to spy on the kids by 'accidentally' leaving iPhone in secret place.

Works until it doesn't

It's fine it gets the job done, it's a bit overpriced for how in impressive the user interface is. Also after extended periods of time it crashes. A somewhat reliable buy.

Does not support windows 8

The app description in the iOS App Store says it supports Windows 8, but the website for the desktop software says only up to Windows 7, which appears to be the case. The desktop client, PocketControl can view the camera and pull the audio, but no other app can find the camera, and it's not listed as a camera in the Device Manager. The software looks like it's pretty solid, but it does not support my OS.

Me and my Ipad's Review of Pocketcam

It likes to disconnect a lot - but that isn't the worst problem! It kills your audio on your computer! I have a Windows 7 machine. Lost all audio on the computer until I uninstalled their software then all of a sudden my audio works again...hmmmm... let's see.... Software is iffy at best. This software is not ready for primetime. For an iphone app, at most 99cents - at 5 dollars, a total rip off! Avoid.

Image quality on either iphone 4 camera is horrible even on best setting. It works just fine though.

Good, but room for improvements

Using this in conjunction with its Mac companion app does work; it is recognized as a standard webcam in my testing. And the quality of the end video is decent, albeit with a sometimes choppy framerate. However, the app has fairly poor UI that is somehow I unintuitive even though it is incredibly simple in scope. Also, there should be an option for 16:9 footage, if not outright HD. As it is, the quality settings don't even tell you the output resolutions. And I feel like my framerate should be better and more consistent given that my home network is pretty solid with a midrange 802.11AC router, and that I'm in the same room as my router. But, again, it works, which is more than I can say for some other apps that are supposed to work like this.

Will be looking at how to get a refund, for the first time. Very unhappy to see Apple hasn’t pulled this down.

One review had all the right words, but after paying $5, there is no website to download the corresponding drivers on the laptop. Site is decommissioned. DO NOT BUY, Apple should remove thid broken product from the store.

This is the only webcam app that has worked. None of the others, including EpocCam, have worked with skype and other webcam apps. It also has lots of customizable options such as image adjustments and text overlay. Works on Yosemite for me.

Works as advertised. Do try the free version first.

I used this with yahoo and it worked fine. Try the free version first to see that the software works on your PC.

The fact that u can use your iphone as a webcam is awesome but the video laggs ridiculously. I also disliked how there was no audio

It works great but...

When me and my friend downloaded the pocket cam server for our macs, our speakers stopped working!!!!! I need this fixed

Everything is perfect Except the slow frame rate

Works as said but..... Wondering if the framerate is pretty bad on all chat programs. Not sure if it's the iPhone 3gs or stickam. It just seems like the framerate is slow. Otherwise it works with ease, in minutes I was testing it on stickam. Posted on the forums and the response very quick. Thanks again.

I thought, hey my iphone has a great camera, why buy a web cam? Well, because this is absolutely terrible quality and it disconnects constantly and it can't record in the background so anything that pops up freezes it. Don't waste your time, money, and happiness on this garbage.

new version won't even open! had to revert to the old version to use!!

ANYONE CONSIDERING UPGRADING TO THE NEW VERSION!!!!! DO NOT DO IT!!!!!! to the builders of the ap... did u not test the ap on an actual phone before the release? nobody is having any luck with it!

I downloaded it on my iPhone and CPU and nothing happened. Hope you enjoyed your 5 cash;(

For a heads up, yes this app is broken and needs to be updated again. What I did notice though was that when j first downloaded the app, it worked fine. When I tried to use it for a second time, it wouldn't open properly due to the Bluetooth message causing the app to freeze. So, for those of you who are patient, you can just delete and reinstall the app after each use until it works properly again =) it doesn't take that long

100% works everytime. Now with mic function I will deff start working on some form of iChat with openssh

Frame Rate is Too Slow

The Soul Rider's Review of Pocketcam

On the up side, the app and it's PC servlet installed quickly and easily. It launched O.K. and connected to Skype without drama. But the frame rate is way to slow for good video quality in Skype. Worse than a Logitech Quickcam with motion capture.

Audio needs to be fixed

This app works ok except audio I would understand if it was free but once you sell it you have to fix the problem.

This is the third "IOS device as webcam" app that I've tried (after WebCamera and EpocCam) and the first that actually worked. Connects easily and works well with Skype.

Biggest waste of five bucks I have ever spent in the app store. I should have invested in a gallon of gas instead of this app. Quality is horrible, thanks for the rip off.

I would give this app 5 stars;because, before they updated it it worked great quality is good sound is exceptional and the connection is great but now whenever I try opening it, after a second it takes me back to the homescreen...please fix

Does what it claims. Good to use as a wireless webcam

It freezes all the time! highly unreliable!!