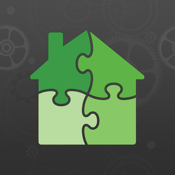 I'm wondering if this is compatible with the new firmware version of M1EXP since updating the firmware is not reversible back and I afraid to loose the function of this app.

Synchronizing this program requires an installer since it is not user-friendly. Instructions that are provided by the support her in programming language and the support representatives position is that the program cannot initially be set up by an end-user without spending 20 to 40 hours on the phone, which is not feasible. So do not purchase this program unless you're prepared to pay an alarm installer to synchronize it with your alarm system

My home has an Elk M1 that provides automation of the lights, sprinklers, heating, security, etc. ekPro provides a graphical interface to control the automation and also incorporate security cameras. ekPro allows remote access to all of control from an iPad, iPhone, or a Watch. The setup is easy and straight forward. Jayson and his folks provide outstanding support.

I have been using eKeypad Pro for about a year and it does it all. I presently use it to control Home Automation through an ISY 99. The app really makes it easy to control lighting, thermostat, scenes as well as programs. I just recently added two Foscam cameras and that also works great with eKeypad Pro. The excellent support you get from Jayson Callaway is well worth the price....5 star support. I actually sent an e-mail to Jayson on Sunday evening with a question and he responded a few minutes later with an answer. I would like to update my review from 5 years ago. I just recently purchased an Apple Watch 11. My eKepad Pro works great with my watch. I can now turn on/off lights and arm/disarm my Elk M1Gold security panel from my Apple Watch. The customer service Jayson provides is outstanding. If any one wants the best and most flexible app for controlling their home automation, security system and cameras this is the one.

Latest update with profiles feature is broken. Switched to ip video mode and couldn't get out. Then found profiles config and select what was the default automation system ( of two) and all the favorites are gone.

Had been using this app for ever with no issues. It just stopped working. Contacted support and in less than 24 hours I was back up and running. Thank You Jayson for a great App and Outstanding Support.

Quick product and customer support. Always respond to questions quickly. Thank you for this app.

This app works great with both the Elk M1 and the ISY994i. The developer does a great job keeping it up to date and supporting any issues that come up. I definitely recommend this app.

This app works seamlessly with the Elk M-1! Appreciate the continuing updates - thank you!

I have been using this app for about 8 months, continuing to add a variety of applications. I now have an Elk M1, isy 994 controller, and cameras attached to the app. It has been relatively straightforward to attach various devices on this app with great functionality for each. Recently I added an LTS NVR with multiple cameras. After having problems getting it set up, Jayson was excellent in helping to resolve the issue, even responding to emails early on a Saturday morning. It turned out the issue was not related to the app, but an incorrect NVR being shipped. Strongly recommended app for home automation, especially with Elk security systems.

The last update causes almost immediate crash of the app. It's useless. Just as I am about to go away and actually need to use it Looking for a better solution but they already got my $99.

I'm a installer and have over 20 customers with this app and have never had any complaints. They all love it.

I'm using eKeypad for an Elk M1Gold automation system. I bought the Pro version because I'm still growing my home system, and I believe Pro will grow with my additions. The functionality and performance of eKeypad is great. It is reliable. The Developer supports inquiries quickly and with easy-to-understand instructions. Recommended app.

This app is fantastic. I've been using it since one of the very early versions. It is constantly being updated with new features. It has been very stable and reliable.

I have been using this app for several years. Jayson continues to update and improve the app. He is always looking for new functionality. The app has been rock solid and is probably the only app that I use on a daily basis.

I have over 40 locations that I use eKeypad to monitor and control M1 and IP cams. It always works great and support is top notch. I have been using eKeypad for 4 years or better. It just keeps getting better. Thank You Jayson

Jason your work and dedication makes this the BEST ALARM APP EVER!! Not to mention all the features you continue to put in the app. Thanks for your continuing support on this fantastic app.

Awesome - Best in the AppStore

I have an ISY-994i and an Elk M1 Gold. I couldn't live with out this software for IOS. I use it everyday. Thank You!!

Perfect way to control your Elk system from away or use the ipad with a mounting frame as a keypad on location.

New version is worse than the old. Constantly errors out. I wish I never upgraded....

Do not buy this! It does not work. Latest os and current app. It crashes at splash screen.

Got the app but the documentation is very poor

Great if it works. You are on your own if it doesn't. None of my emails in the last three years were answered. None.

Great App for home automation with a mix of gear!

I have used the app for several years now. I use it with the isy994i, ELK M1 gold and Axis IP security cameras. My system was built with what I could afford (read used cheap stuff). Ekeypad's ability to bring this mix together into a seamless experience is awesome. I have asked for features and support over the years and always got a quick response.

Last time I get trapped out of my house. Looking for a new app to work with my elk.

Emailed tech support and nothing. No emails or calls. Not sure why they would put out an upgrade if they are not interested in if it works or dies. Mine died.

Lost in the light's Review of Ekeypad Pro

I had an issue concerning the arm/disarm function. Jayson promptly answered my question and gave me the solution. Happy customer.

This app allows easy and full control of my system from anywhere. Well worth the price given the piece of mind it brought!

When it works, it's great

When the developer does not release untested patches that break prior working features, this is a great app. As of right now, I cannot use Insteon any more. As a disabled person who relies on this feature working, I am now pretty screwed and have to go searching for another Insteon app, even though, I paid $100 twice, one for me and one for my wife. So, if you want to drop a chunk of change on an app that works sometimes, go for it. Otherwise, look elsewhere.

Great support and a great app. I've had several issues in the past and jayson is always quick to respond and help me out. Worth the $$$

Doesn't work since iOS 7 update. Keeps crashing at launch on my iPad.

I recommend this app to all my clients. The app works great with all the Elk products we use. The developer is very responsive to requests for assistance. The app is worth every penny. Thanks for a great product made and supported in the USA.

This integrates very well with my system and gives all the necessary features and customizations without the silly fees. The app developer is very responsive to features and troubleshooting and makes things easy for a DIYer. Wife likes the interface and can easily use it on her phone. Big purchase but absolutely no regrets. Nice job guys...

Well you responded so I’ll give it more time. It isn’t how I would design it but it works and I understand where you are coming from. Requires much more trial and error than earlier versions. Android m1 seems more stable. Just constructive criticism, I like to test things.. Also, iOS was more stable earlier so maybe that isn’t coincidence and related. Android has their fair share of issues as well.

My family and I have been using this app for more than a year on iPads which serve as our keypads, instead of proprietary Elk keypads. There are 2 major flaws which make it extremely difficult to use this app. Apparently, Jayson has programmed the buttons so that, when inputting information, each key must both be touched (pressed) and, simultaneously, a SOUND must be elicited when touching the key. If the user fails to get the sound, the program fails to acknowledge that the button was pressed! This is bizarre! In spite of using hundreds of iOS apps, I have yet to find another app which requires a sound to accompany a button press. This "feature" makes entering numbers to disarm an armed system difficult and leads to many false alarms, as my family has experienced. I fail to understand why it is programmed in such a unique, difficult, and ineffective way!! The second issue is a relatively simple design flaw. The LED lights--red to indicate that the system is armed and green to indicate it is disarmed--on a typical Elk keypad are represented by small, colored dots in this app. However, if one uses an iPad on a wall, that tiny, 2-dimensional dot is not decipherable from a few feet away! The same thing is true about the thin lines above buttons like "Stay" or "Away" which turn red to indicate the respective button is activated. The point is that the surface of an iPad is not identical to physical, 3-dimensional objects like small, LED lights. I know that Jayson has been provided with some solutions. Apparently, he has no interest in implementing them. It is a shame, as a simple design fix to this app would permit users to comfortably and fully utilize iPad's instead of proprietary keypads!