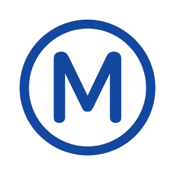 Bad reviews are from the ones that don’t know how to use this application, and, it’s no brainer, don’t need to be a rocket scientist to use it. Easy to use and understand. We went all over Paris, from the airport to the hotel, from the hotel to different museums and monuments and even districts where regular people live and eat and no one time we got lost.

Use Apple maps. Save yourself a dollar and your marriage.

I needed help so I downloaded this for .99cents and a free one. They’re maps alright. I like maps but this and the other one didn’t fill in “that” gap. “That” gap is when you’re where you need to to be but still don’t know what to do. -which of the 3 entrances do I go into? Which platform do I go to? Do I take the M or the RER? -your tickets won’t work for both. Oh! And which train do I get on as several varieties stop at your platform every three minutes all the while your family are disintegrating into bla bla bla. We just returned home from 4 days in Paris, I don’t speak French and it was hectic. Wow. Wasn’t it ever hectic and these maps provided no more help that a printed map. At the metro station of St Michele by Notre Dame, I launched Apple maps. As if the hand of Steve Jobs himself touched my right shoulder and whispered, “You’ve got this.” I entered my destination, “Eiffel tower” and using “transportation” -instead of the other map options like, Drive, walk etc and a turn by turn, step by step of what train, which platform, which direction -take the xyz to abc and in X stops get off just after Y and because Steve was quite the visionary my phone even showed me which direction to face and go!!! Bravo Apple Maps. Bravo.

Why no support iphon X

No frustration. Straightforward and simple. Love this app.

Very useful, but, beware that sometimes a station may be closed for repairs causing you to have to reroute. Be patient.

Easy to play use. Give stop by stop to your destination Very helpful for traveling around Paris👍

Couldnt navigate this city without it!

Home on the Vine's Review of Metro Paris Subway

Very easy to navigate. Best app for getting around Paris.

Fantastic planning/learning tool for visiting Paris. Possible improvement? Show WiFi hotspot locations in Paris. Just returned to US from ten days in Paris. Used this app almost hourly during our daily migrations. Would have been lost without it. Saves countless hours picking trains, routes and destinations. Valuable tool and easy to use!

Awesome App, super easy to use a must have!!

I tried several on our vacation in Paris and this one was by far the best.

This app really helped in learning the Paris subway system. A great system in and of itself. So easy to get around.

It made our trip in Paris and surrounding attractions so much easier.! It took a little while to learned it and get familiar with it. If you don't have the Internet on your phone it won't be as practical but you can still use it... Take pics of your route before living wifi

Love this app as it makes it easy to use when down in the dungeons of the metro system. Also, it allows you to plug-in the metro station you're beginning from and where you want to go and then it'll give you the route including where to switch lines, etc.,..

This app completely saved the day and made my trip to Paris even more amazing. Unfortunately, Verizon's network here does not allow for data, which makes my phone fairly useless. BUT thanks to Google Maps ability to download an entire map of Paris, with my favorite locations, and this app's ability to use GPS in offline mode, I was able to get around, see everything I wanted to see, and do so with the greatest of ease. This app made riding the Metro a breeze!!! If you're even thinking about downloading it, STOP RIGHT NOW and download it. Money very well spent!

This is the most useful app I have. It works without the Internet so it is always available.

This app has a clean interface that makes it very easy to go anywhere the Metro goes. It made it possible for me to safely get all around the city without any worry.

A must if you are visiting Paris!

Just got back App is JUNK

I literally just got back from 5 days in Paris. It's June 2017 for those reading. Use your map on your phone. My iPhone map got us everywhere PERFECTLY. Tried using this after getting off the plane....constant issues. Got so frustrated I went to try my iPhone map. Bingo! Pulled All the metro stops and exchanges I needed for every trip around Paris. Again this app is horrible. Nothing worse than relying on an app to get you to where you need to go late at night in a foreign city only to find out then and there it's junk. Again if you are going to Paris use your phone app or google maps.

Our first trip to Paris and we were using the Metro like we were born here. By giving it the station names, it will provide a route, telling you what line and what direction to take. Amazing and very valuable app. Highly recommend.

Just used this app for trip to Paris. We used the Metro to get around. Best feature was ability to plan trip from origin station to destination station including transfers. Also enjoyed having a diagram of the line we were on, showing the sequence of stations (although newer Metro cars show this in the car).

Always with me in Paris

Excellent maps, good look-ups by station name, and can find your way to where you want to go. Don't go to Paris without it.

I use this app every time I'm in Paris - it always gives the simplest route and is easy to navigate. Highly recommend!

Don't leave home without it.

Made our trip a breeze

Got this app when I was waiting at the airport. Thank goodness I found it. Made traveling around Paris so much easier.

We are here from the U.S. And this app has been my favorite for navigating around town. I have not gotten lost once thanks to this! Worth the .99!!!

I have become completely dependent on the metro app to navigate the city of Paris! It enables me to reach any part of the city quickly and without confusion. It is my indispensable travel app!

Does not map journeys

Save your money. Google maps will completely map journey including subway

Made my travel so easy in Paris

Easy to download, easy to use, easy to read, made getting directions super clear. Able to use this sitting in the metro or somewhere else. What a blessing. I've already shared this app with other travelers I've come across.

If I could I would rate this app -5. It is absolutely worthless. User interface is beyond unfriendly. You basically have to know the spelling of each and every single subway station for it to find it in its database. What a waste of a dollar. Makers of this app should be ashamed of themselves.

Great app. Very useful for getting around Paris.

I've used this app for years and cannot imagine navigating the Métro without it. It does everything it's supposed to do.

So easy and so helpful

We used the route planning a lot to navigate the metro. It was very easy to use and the results couldn't be clearer.

Great app for Paris. Does exactly what it says it will do.

Using the parisien metro without paper map. Just like a native.

Easy to get around Paris

This app makes it much easier to get around Paris, far faster than looking at the maps posted in the stations.

While it's possible to navigate the extensive Paris Metro system with the station and on-board maps, this app makes planning any outing so much easier.

An absolute MUST HAVE

If u are going to Paris and want to take the Métro, this is an absolute must have. It's very easy to navigate.

Need this in Paris

Great map and app. Very easy to use and user friendly. You'll never get lost in Paris with this app. I'm keeping this in my phone to use in our next trip to Paris, because we will visit Paris again!

Here to There by Paris Metro

This Paris Metro App worked flawlessly on my recent trip to Paris. I could get anywhere in La Ville-Lumiere by keying in end points for the subway.

Must have when using the Metro

Soooo handy. Much easier and more useful than a paper map. Worked so well in Paris that we bought the same Company's app for London and had good results there as well.

I've used this app extensively on a couple trips to Paris and found it very helpful.

I've always used the Streetwise Paris map to get around, but this vacation we tried this app. It is very quick and helpful. If you don't know Paris at all, you'll need a map too, since the locations of stations don't show up as street addresses, etc. But definitely a quick way to find the shortest route between stations!

So easy to use!

Has been my go to navigation app in Paris. Je l'aime!

Worked really well on our visit to Paris.

Perfect for someone new to the city.

This app, especially the Route building option was helpful and user-friendly. We used it nonstop on our honeymoon in the city and to Versailles and Poissy. The only thing that could make it better are live updates of delayed trains or closed stations.