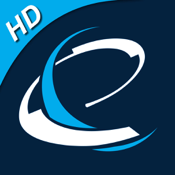 THIS SHOULD BE FREE

Thats right because you can use earthcam site and see more cams for free so they just trying to get money for basically no value. Virginia Beach cam isn’t even there and i know thats a free online cam. What the hell is wrong with you idiots?

What happened 5 Avenue nyc live camera some cameras pictures WHY?????? I pay money and people to what is going on.

Wish there were even more locations.

I enjoy this app so much. It is very easy to use. I am able to view high def images immediately using it! It is the best!

Not working any more.

My favorite cams are the animals and beaches. Especially the Eagle cam where I can watch 2 adults raise 2 chicks. It's fascinating to see them feed and care for the ever hungry babies.

Not many cams compared to other apps.

Cams keep disappearing and are replaced by other cams. The disappearing cams are still available on the internet (for free) but not in the app. This could easily be the best app if they made all of Earth Cams cameras available in the app.

Love the new underwater fish and the penguins. Keep bringing in new ones please. JC

This version is NOT an improvement!

This is a huge disappointment. Searching by country or state is no longer available. Hall of fame is not very interesting either. They're just still shots. I paid full price for the app, and this update is a ripoff!

Been actively watching for years now. Would like to see new locations though.

This was excellent but now there is no NYC Mulberry street. Why?

I thought there would be a larger selection of cams (before purchasing the app). Also someone keeps panning the cams around and it can get frustrating (namely the national mall cam)...also there doesn't seem to be a way for the user to move the cam. Lastly there aren't any cams in my home city (Atlanta) which was a bit disappointing.

Fun to see all around the world. Yes some of the cameras maybe positioned wrong but nonetheless it's fun.

Love this app. I'm an animal lover, and to be able to see some of these animals grow from birth to adulthood is priceless and educational. Would like to see more wildlife cams.

Was a fun app, however, now that they updated on August 31, 2015, many cameras are playing videos "for my enjoyment". Not what I wanted the app for. If the camera is down, I would prefer you to admit it - not add filler.

Have this on my iPad and enjoy it very much. Had it on my iPhone but lost it somehow

I am updating my review. Previous score of 1 star as you can't go lower & now giving same score. I was contacted awhile back concerning my previous issues. I was told there was no way as of that point to post pics to hall of fame from a hand held device on live feed. Let's review new update. States this has been resolved. So, can I post from handheld device as stated? Absolutely NOT!!! Better yet, I can't even post the previous less than 5% still photos as before. I can't post at all! Not only can I Not post from an iPad, I can Not post from my MacBook Pro laptop as I was told I could. I am beyond frustrated as this shouldn't be an issue! Also, considering that I paid for separate groups & then full set plus the HD cam... I still consider these apps a scam! (Not as advertised) Boy did they see me coming! There are still other issues, but why even mention them. Nothing gets resolved with additional decline in other areas. I will have no choice but to contact the App Store at iTunes for a Full Refund! Paid for service that I'm not getting! Instead of live feeds, I'm getting archives. My bandwidth is Not the problem, it's your app! Also you cannot do "hall of fame" pics from all cams, only a very select few(less than 5%). Others seem to have this option & share them. Please fix your issues or I want a complete refund! Btw - I am missing a Lot of apps compared to online. False advertisement!!!

The cams i want and paid to see are frooooze up all the time, everyday. Unfreeze them or shut it down

Not bad when it works

Not all cams work. Now the app does not even open. Very irratic. If I had known I would not have purchased.

This app is great for everyday viewing. However, during such events such as weather, the app can't seem to handle the extra load. Disappointing

Did not work for me

I ordered this to watch a live birth at a zoo and it did not work.

If you can't be there it is fun to watch what's happening there!

Used to be a good app, but after paying for the full version some months back, it's had a melt-down...save your money!

This app is usually great. I use it often. However, the very app I use the most, to watch a pending birth of a giraffe, will not work. Im a little frustrated about this.

I have been using this app since it came out. I do a lot of computer work and have dual monitors I always have Earthcam open all day on one of my monitors while I am working. Never have a problem and it is just great to travel the world. I never go anywhere but with Eathcam I get to go everywhere!!!! Highly, highly recommend this app. I am not paid to write this I am just an everyday user.

Many of the cams have audio, and there is good variety. Most cams function well, although a few are dark constantly. Some are boring, some fascinating, but overall, this is a terrific app.

This app is awesome,I love watching people doing whatever. Thank you. 😁

Froze up on me twice in a month I had to reload. Please fix before this app becomes infested.

Do not buy. Half of the cameras aren't live and show you a "clip from our archives". I didn't enjoy them, thank you.

Great views of popular places around the globe. It's great to be an armchair traveller.

I have this app on my iPad and it is surprisingly good. HD quality and sound on most cameras. I have been putting it through the wringer for a couple of days and have found no problems. Good locations worldwide to choose from. I would definitely recommend it!

I especially enjoy catching the elephants! Enjoy all.

Trust me people the name Live Cams HD has nothing to do with the quality of the streams! They say HD on the link but are blurry and quite terrible. Some of the live cams have HD still shots! They should change the name to Still Shots HD. Fail! The App Store and live cams should be ashamed of their selves for robbing people with this garbage! Apps like this is the reason people resort to jail breaking their devices because $5 for this garbage is highway robbery!

You can catch sunsets and view iconic places.

I love being able to see different parts of the world!

The title tells the tale. The app keeps freezing on "Loading". Works for a while, then hangs up, and it is difficult to get it unstuck. Don't have this problem with any other webcam apps. Very disappointed in this purchase. Great camera locations, but the freeze problem is annoying.

What happened? All my favorites are gone as well as the list of States. Now there are lots of still shots...not what I paid for. Bring back the original please. I would not have purchased this!

Site use to be great but in the last 6 months has gone down hill. Many of the sites I visited come up with archive clips, been deleted or are just black screens. Note worth the money any more. Too bad.

I love this place!

I have enjoyed so many hours of this site/app. I is so very interesting to be able to be there "live" in so many awesome locations. I can't recommend this enough and it isn't BY FAR THE VERY BEST APP OUT THERE for this kind of thing.

What happened to Anna Maria Island cam? That's the reason I bought this in the first place and now it's off the list! It worked again during two weeks at the end of Oct. 2014 and now again disappear ed. What gives?

Used to LOVE this app - would catch video of home when I was homesick. New "improved" version is next to worthless: navigation is horrid, still images instead of live streaming. I loved the old version - wouldn't give you a penny for this one.

Love that a lot of cams are in HD. Times Square is great. Crystal clear with sound. Right now, I'm watching the first snow of the blizzard coming down in NYC Times Square street cam. Lots of cams to see, so worth it!

Just purchased this app and doesn't pretend to operate. Won't open on ipad. If I new who to contact I would love to have my money refunded along with another .99 app that doesn't work either. Nice SCAM a hole. Doesn't deserve one star let alone 5.

I have been enjoying this app from the beginning of its inception , what can I say , good job guys. Just one little thing, when you guys see that there is a d**** lens , please have it clean , it make so much better the whole operation. Thank you very much for all you do. LP.

I love looking at other cities. This is a great app. Please replace myrtle beach South Carolina cam, looked at it every morning now it's not listed :(

Get the free version