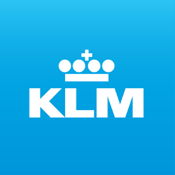 Customer Reviews of the Klm App

This is a great app. The latest update took care of the bug in the rewards section. Very user friendly and it has everything you need.

This is a clear app. Better than the website which is pretty good itself.

I am a Delta Platinum and I can’t check in. It tells me I have not entered all my advance passenger info but does not give me any way to rectify that and just sends me in a circular loop. Useless

No way to look up flight status without booking number. I have flight number, date and time. That should be sufficient.

Downloaded at the airport and was super easy opening and pulling up my boarding pass. Next day trying to check in was frustrating. Figured out they wanted a birthdate validation but was not obvious. Then would not accept my date until I scrolled in the year first.

Not really about the app, but it’s the same company and the same standards.

I am a very Happy & satisfied customer of the KLM! Have always been flying Blue.. Their App is Amazing, is easy to use & very fast In booking a trip... KLM 24/7 Messenger Customer support is amazing & always giving their full support & cooperation... Best Airline App for me so far!✈️👌

After updating to the latest version, the app crashes during start every single time. Restarting the phone didn’t help.

Could not check in on one leg. Seat selection broken. Does not update properly for completed legs. Confusing, illogical UI. This was my first time flying with KLM, being one of the few carriers I have not flown with. To call the experience horrendous would be an understatement. Terrible food, rock hard seats and extremely unfriendly staff makes this one of the worst airlines on earth. AVOID!!

Frustrating not being able to pick my preferred seat according to my status, because the App is not capable of assigning premium seats for free, for Skyteam elites. Have to contact KLM directly - and apparently they are aware of the problem.

Can I copy, send itinerary to family?

I don’t see any readily perceptible method to send my itinerary to friends and family. I can’t copy and paste the data, either (iPhone 6s).

When I open the app I have to swipe past the details of two flights from a week ago.

It is very user friendly to find and book flight, buy and pay but I didn't found any place where they offer special assistance. Example because of mobility problems I need a wheelchair to the entrance of the airplane but cannot found where to choose it? Otherwise very good!

I rely on this app because I fly KLM but there is always something down. Right now I can’t use the award booking tool. You click on it and nothing happens. Other times you can’t login. I wish they would get these small bugs fixed. Otherwise this app is critical and so valuable

Definitely need to be able to see a seating chart. The app doesn't show anything i want to see.

So easy to check and manage my flights

Can not find information on day of departure such as advance time limit to drop off bags or flight status - pretty basic stuff.

The worst app ever.

The worst app ever. Nothing works, try to change my personal info, which ridiculously written in, my past and first name switched. Never had so much problem with app.

One of the worst websites

Surprisingly the website the worse than the airline. I would have assumed it to be other way around.

No support for Apple Watch

Still no support for Apple Watch. After all this time, while KLM launches various social media initiatives, the app does not link to Apple Watch. This is a significant lack for frequent travelers.

Every update some new crazy bugs are introduced. With the latest update showing the flight I was actually flying on was "cancelled" (allthough it obviously wasnt) - and now (may 2019) its showing on the "my trips page" my "next" flight is also cancelled (with no date mentioned, turns out this was a trip from nov 2018!!) Just an illustration..of the crazy misinformation this app provides. I actually need this app for my work and have no time for this stuff. E.g. last month several destinations just disappeared from the app list and I was unable to book those... the list goes on. KLM: this obviously isnt working with whatever team is working on it - they need to do some real field testing before releasing things. Please do something about it. thank you

I use this for checking account, it does the job

Just updated the App with the new Flight Tracker (Info). App crashes everytime a Flight Number is entered or a Route search is made. Very poor!

Since the most recent update the app crashed immediately. Please fix!!!!!

This morning I installed the newest version of KLM app in my iPhone 8, and every time I try to open the app my phone crashes. Do not install this update

Bag allowance is not correct

The app said I was allowed 1 checked and 2 carry on. But when I got to the check-in counter KLM said I was not allowed any checked bags and was required to pay €40 for my bag. KLM didn’t even give me the Flying Blue member’s discount. Also the app does not show actual ticket information (just the ticket number) even though there is a button for ‘ticket details’.

I installed this app to book a flight with KLM and, guess what, you can’t book it because of some generic error... This app needs some testers.

By FAR the best airline app I have ever used! So helpful and contains all the information you need for your flight.

For some reason KLM app not working. Tried to login twice just now, nothing, kept churning away and never connected. Then tried logging into Flying Blue, same thing. 😡😡

I use this app for more than one year. It is a very good tool, reliable and safe.

Thanks for taking into account my terrible review and implementing changes to make the app so much better.

Can not book a reward flight

Asks for a password for reward flights. Only offers numbers. Fix it and I will change the rating. Severely lacking in visibility of nonstop-connection possibilities that exist on the website too. Fix that now.

Why no flight status link/option within the app? Seems like a basic piece of info....

Almost Excellent. Blocked me from changing my seat . Had to call the office.apart from that it’s great

b. milani's Review of Klm

There is something seriously wrong at this airline. My daughter, a 4 foot 10 inch woman, booked a ticket for her dream trip —a Safari in Africa which we gave her for her 40th birthday. She was a single woman traveling alone. She flew from Chicago tonAmsterdam where she was supposed to connect with a flight to Johannesburg to meet her tour group. We paid thousands of dollars for this trip. When she arrived in Amsterdam and went to the gate to board her cone ting flight, the line was long so she decided to run to the bathroom. When she returned, a KLM Security person pulled her out of line and began questioning why she left the boarding line. She kept looking at the plane, fearing she would not be able to board if he kept delaying her. He asked her why she was so anxious and if she took medication for anxiety. She said yes but that she had not taken anything but a prescription sleeping pill on her flight from Chicago. By hen she has been awake for about four hours. He told her she could not board the plane and would have to return to continue her flight the next day.when she returned the next day. He told her he would be there the next day and not to take any medication for anxiety. She got a hotel rom and came back for her flight the next day. She was angry about the flight disruption and asked him his name as she felt she had been treated unfairly. He became angry and after much back and forth again denied her the right to board the plane, saying she was unfit to fly. In the official report, they said my daughter had taken a sleeping pill before her connecting flight and refused to board the plane both days. They also said the airline put her up overnight in a hotel..that is untrue. She had to pay for the hotel and I have the credit card receipt to prove it. She did not refuse to board the plane. In fact, I was on a cell phone with her the second day and heard her beg to be let on the plane. Let E ask: why would someone pay thousands of dollars to go on a Sadie tour that was her dream trip and then refuse to board a plane when such N act would mean she would miss the deadline and miss her trip. That’s what happened. She missed her dream trip. I tell you all this to expose how KLM treats people. I tried on numerous occasions by phone to intervene and get her on the plane. KLM personnel were rude, dismissive and arrogant. Something is wrong with it!