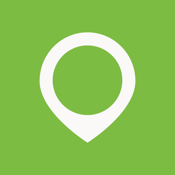 Customer Reviews of the Gotheresg App

This is probably the most useful app on my iPhone. I get lost frighteningly easy, especially in a big city like Singapore, but gothere.sg has been the perfect solution to this problem. Keep up the excellent work!

Gets worse and worse with each revision.

It is just perfect!

hands down one of the best locally designed map apps in singapore. however, some teething problems here and there such as the ridiculously difficult time one has when trying to tap a bus stop for the info box to appear. also applies to carparks etc.

Look at title, worth the money

Pls get it fixed.

This is an awesome app. I use it daily!! It is very reliable!

When I need to get somewhere new, I turn first to gothere.sg. Great interface, and fast response. Accurate info.

Frequent crash. Does not work! Badly needs an update

This was one of the most used app which is now least used because of frequent crash and it just does not work well with iOS 8. I strongly advise not to download this app unless they come up with an update

Whether visiting or living here. You got to get this. I just moved here. It has proven invaluable. Saved me at least S$200 in taxi fairs over 10 days. Use the buses!

And really, can you ask any more from an app? Easy to use and accurate in its guidance, I only wish I had found this app sooner!

App is great but add walking!

This app is super helpful! However I revert back to google when I need to walk somewhere- please add walking!

I am new in Singapore and I cannot leave my appartment without it. It is user frindly, precise and it works very well. What else to say ? Congratulations to the developer !

I bought this the day after it was mentioned on iMerlion as the developers are comitted into making and improving the app, much more than the web counterpart. Mainly because of the bus routing features and it can understand more locations than the default Maps app. However I have several issues with it. The map is outdated or not as complete as the default Map app. Some buildings could not be found, like SIM for example. When you try to zoom in and drags along the map for browsing, the line of the route gets distorted and no longer stick to the map. It also becomes laggy. (Edit: no such issue now) Also mentioned before is the occasional magnetic interference, although it comes and go bit still is an annoyance. (No such issue now) That being said, it is a good app, nice appealing GUI design and it sure beats the default app especially if you want to travel around in Singapore. I use it a lot when trying to travel from one place to another. Edit 2015-01-24: do not get this. Crashing 100% of the time on my iPhone 6 iOS 8.1.2. They haven't been updating it for a long time btw. They need to get their act together. Back to one star.

NOTE: 0 stars for this app. Forced to pick 1 star or it won't let me post a review. Am not one to review apps, but have used this for a month now and can definitively say it's not worth downloading, even if it's free. 1. There's no info/service here that adds or builds on existing free transport apps. 2. It doesn't aggregate data from public apps like SBS such that it can be a one stop shop - gothere gives you enough info on bus stops/bus numbers/MRT stations, but you have to use another 1 or 2 apps to look for bus arrival times, for example. Supports point #1. Given the app uses publicly available data (per point #1), hasn't add much value to the data besides present the data in a different but not value added visual (point #2), I would've expected that the $3.99 I paid for the app to at least go into some way of verifying walking directions, which brings me to point #3: 3. The most glaring issue with the app is walking directions and times. It assumes the pedestrian is either equipped with a jet pack or can teleport from one point to another, regardless of the presence of buildings, stairs, or othe physical barriers to walking that normal humans cannot penetrate. This has happened to me many times. And if the app had offered something close to the actual directions, I might plan my time differently, or optimise how I want to use different forms of transport. For example, the app said that from the moment I exit the Downtown train at Promenade station, it'll take me 1 minute to walk to the bus stop Opp Millenia Tower. The map image shows that the bus stop is right outside where I get off. It took me 10 minutes at least to exit the station, much less find the bus stop (which was not where it was shown). Another example, to walk from the bus stop Tg Katong South to one of the condos at Amber Gardens, the image and timing given assumes you jay walk across a highway entry road, jumping a tall barrier along the way, and walk right through the building walls. I thought it was an anomaly at first, but the walking directions / time estimates have systematically been inaccurate by a wide margin for me to conclude that there was no effort or attempt whatsoever to address this issue. This isn't a $0.99 app, folks. And I've gotten a lot of value from many a $0.99 app. This is a $3.99 app. I wasn't expecting just basic data aggregation, I was expecting taking the data to another level, possibly eliminating the need for me to access other FREE apps for basic info, and perhaps a pleasant surprise or two. This app is should be free, or someone should've at least paid me to test the app for a fee before launching it. In the meantime, very disappointed.

This tool needs a lot of improvements. It often fails to show all the available routes

I seems that the estimates for the fares aren't even remotely close to the real fares. And showing the walking paths are a joke. Really? Just a vague curved path through obstacles and buildings and private property. With the tens of millions of money spent on IT and programmers from around the world living and working here, and know one thought of using actual streets and pathways show for people who are walking. And also I'm havin trouble clearing old directions and advancing to the next one. Or it just won't bring up the actual address and keeps pushing a completely different one. I don't think this is worth the money.

The app is simple, elegant and fast. I use it regularly and always get where I am going. It is a model for other cities!

I love this app and use it to get around Singapore and its also good for timing your travel. It even tells you when the next bus is coming. I get a lot of overseas visitors and often get them to install it. I wish there was one like it in every country!

From a wonderful app it is now a not so reliable app. It wanted us to cross the expressway :(

I love this app. I love all the different ways I can get to my destination. My only request if I could change something is for the app to give me more than one way to get there via public transport. For someone like me who relies in buses, MRT and taxi, this is perfect.

I don't leave home without it

I referred this app to my wife and son. Besides the options to travel (bus, MRT, taxi), the GPS is helpful in showing me where I am when I'm lost, and making sure the bus I'm on is taking me where I want to go.

5 stars will be given if added walking directions !!!!

This app is good when it works, it usually gives me an "oops no reasonable direction here" when I use the same locations earlier and worked fine.

New to Sing's Review of Gotheresg

Doesn't always work. Get a lot of 'whoops! Can't find that address when I know it exists. Bit difficult getting to the navigation page.

I use this app all the time as am new in Singapore. Extremely user friendly and efficient app. Thanks

I used to rely on this app every day. Now every time I try to use it it's either unresponsive or it crashes. It's a great shame the app isn't being maintained anymore.

Finally an update after so Long.

A nice idea badly implemented. The app crashes on every use of a real trip and when location tracking is enabled, your battery charge falls like a stone. The routing UI is different to maps. Hard to say if that's good or bad as it crashes all the time so I can't really compare the two experiences fairly.

Generally okay but needs an update for the new iPhones. Interface looks clunky on the larger screens. Also, being able to get back to the original screen for a new search with one tap would be great. I don't need to see a week old search when I open the app and then keep tapping the back button repeatedly to enter a new search. Search suggestions are also too limited.

Too buggy to use

App keeps closing and changing my start and end destinations, making it impossible for me to get directions!

almost always misguides, plots geographically w/out factoring in actual roads and access. terrible, cause of immense frustration and missed appointments.

Not working on iOS 9

The estimated prices are good, but not exact. Although they are adequate in gauging how much to bring for your journey. Maybe +-$1 for taxi. Also, if you can add walking directions, like the actual path to take to walk to the bus stop other than the curved line, that would be great. For those who are currently using the app and can't find walking directions, a method I use is zooming into streets that lead to the bus stop and find the names, then you'll know which street to take to go to the bus stop. Overall this is a good app and everyone who uses public transport should use it. For an app, $1.99 may seem expensive but in the end, those transport books for sbs and smrt are more expensive and not as accurate as this.

I use this app far more than any other.

Best app for getting travel directions in SG. So much prettier now!

App is unusable because it freezes all the time. Free trial version worked great until you have to pay. Paid version is useless. Fix the app or stop charging people.

It used to work previously but it stopped working after iOS 8. The developer must have stopped updating this app. The website via browser still works though.

Crashes all the time. Constantly needs reinstalling. Needs to be fixed.

It is very easy to use, works really well every time, and provides essential information for getting around Singapore!

for any one who uses public transport in Singapore. It pays for itself many times over the first to you take a bus or train rather than a taxi. Well done, thanks!