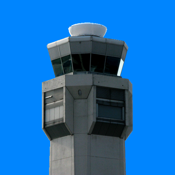 Customer Reviews of the Faawait App

Great App but why no iPad App?

This is a great App. A must have for frequent travelers. I love it, but why is there no iPad version? There’s even now a version for the Apple Watch, but still no iPad support. It would be nice if we could get an iPad version. (I’d pay for it)

Downloaded this for my holiday travel. This application, upon initial launch, shows a list of reported airport delay times and the reason. Turn the phone landscape and a USA map displays the airport delay in their respective state. I may be able to get this online for free, but I don't carry my PC in my pocket when I travel. I do however, take my iPhone with me. This was valuable information for me to get easily, quickly and user friendly......giving me the at-a-glance airport delays I needed for my holiday, nasty weather travel. Thanks for the convenient package!

A must for frequent flyers!

A pilot told me about this app. It's a great way to see if your flight is going to be delayed, and if a ground stop is preventing takeoff. It doesn't track particular flights (just airports) so pair this with flightaware or flightstats for a lower stress airport experience.

Shows daylight time instead of standard time on ground delays. Does not switch to UTC when selected in settings.

Think this is the perfect app

For a frequent traveller. I can tell you if you don't want to spend the money that there are always delays at JFK 30-40 min due to volume. This app does give you a good sense of what airports are behind and it is a direct feed from the FAA.

I really love this app. I happen to work at a major airlport for a major airline and I know right before, or durring work about any ground delay programs. Just wish it would give, somehow access to airline delays. That wouldbe very helpfull when traveling.

Works great. I can't recall it ever not working. Wish there was a version for my iPad that took advantage of the larger display. Doesn't need a change in functionality, I would be happy if it just used the full display with the proper resolution. However I could see how the iPad is large enough to display everything on the same page.

A Frequent Flyer Must Have

My partner just called to say, "My Flight out of SFO has been delayed...but they're not saying why." So while he was on the phone....I hopped on my trusty iPhone, checked out FAAwait, and knew immediately that it was being delayed 31-45 (increasing) Minutes due to, "Weather: Wind". When I relayed the information to him he looked out the window and said, "OH, those planes ARE a bit wobbly coming in." Needless to say If you're the home base for a frequent flyer ... you'll find it very useful.

I fly for a major US airline and I use this app everyday I fly. It often has information that is more up-to-date than Dispatch. Fantastic tool.

This app is c*** after the update. Will not open

I purchased this app 2 days ago and always get a connection error. I have only been able to access the FAA information one time so far. So far i am very disappointed.

Excellent use of technology

I am very impressed. Having a sense for the status of the major airports in the FAA system is of tremendous value to even infrequent travelers. This ability to "know before you go" is great. I installed it just to get a sense for what it can do, and it works as advertised. This one will stay on my phone. What a great use of an existing data source. My complements to the developers.

I'm an airline pilot for a domestic carrier. I love this app, I always know before anyone what the delays are. Rarely I get a no connect, hence only 4 stars. Also doesn't show scope (ie delay for LGA >400nm or something like that. Only indicates delay at LGA)

Does exactly what it says - shows arrival problems at airports. Sure, you can use faa.gov, but if you've ever tried to navigate the ancient javascript of the free site on an iphone (or blackberry for that matter), you'll be glad to spend the dollar for this gem. The 90 degree rotation to see the map is icing on the cake. Great stuff.

Very nice app. Only one suggestion. Both of your maps ( nws weather warnings map and reported airport traffic delays map in northeast region are congested. Hope you will fix this issue in your next update, otherwise everything else is fine.

As an FAA Traffic Management Specialist, I administer Ground Delay programs daily. After downloading this app, I took it to work and compared it with our internal real-time data over several days and was pleasantly surprised at its accuracy. I did notice a couple of minor shortfalls, outlined below. First, the good: The information presented is highly accurate. Every time I compared the average delay times shown on FAAwait with our National Traffic Management system data, they were right on. The interface is well-designed and easily readable. The landscape mode offers a nice graphical representation of airports in delay status. Now the not-so-good: Occasionally, departure delay information is not updated immediately. Today, MCO went into departure delay status due to thunderstorms, and FAAwait did not reflect this until about 25 minutes later. Also, Ground Delay Programs (GDPs) do not reflect whether all airports are affected. At the FAA, we have a "Scope" field that indicates the impact of GDPs (some apply to all traffic, and others only to specific geographic regions.) For example, today PHL had a GDP and FAAwait showed the correct average delay of 171 minutes. However, the scope of the Program was "800 miles plus Canada", meaning only aircraft departing from airports within 800 miles of PHL are affected. Hence, if you are departing from LAX, you would not experience this delay. FAAwait has no way to indicate the scope of the Program, so if you ever see lengthy delays depicted on FAAwait but you don't experience a delay, this could be the reason. Those are minor quibbles with an otherwise fine app. I will continue to use it myself whenever I travel and I can strongly recommend it.

My white dog's Review of Faawait

I have been using this app as a pilot for years. Simple easy to use app gives up to date information about ground stops, arrival and departure delays for various airports around the country. Easy to access and quick loading for fast accurate information.

This app is nice. For those who said you can go look at the FAA website, one thing I noticed was that the main map on the FAA website isn't up-to-date (maybe that's a one-time glitch), FAA website showed all orange dots, while the map on the phone was displaying a few red, yellow, orange blinking squares and green (non-blinking dots) -- which seem consistent with the reports. One thing that was not obvious (don't us iphone users insist on no instructions? :) was that to get the map view you have to go to tilt counterclockwise into landscape mode (only counterclockwise, clockwise direction doesn't go to the map). For those of us that live near "almost-major" airports would be nice to get info on the map for our local airport (like AUS). the app did close unexpectedly when I was toggling back-and-forth between the intructions and the map.

I use this app all the time, but with the lasted update it will not open.

Find out what the airline isn't telling you about the delay. This is an essential tool for travelers and well worth the minor price.

I'm flight crew and this app gives the most accurate and up to date info on delays at airports. Best app I've ever used and highly recommend.

I travel a lot. It's common practice among the airlines to share delay times '30 minutes' or a 'few minutes' at a time - particularly if the plane has already boarded. I can always rely on this application to get the 'real deal'. The captain says 30 minutes I check FAA and already know it's going to be about 1 hr and 50 min.- and sure enough that's how it is. This allows me to advise my clients in advance, call home and also use this info to get a bottle of water or something to drink from the flight attendant. Great application for the traveler.

App used to be first rate 5 * Now it has lost all usability and maintenance from the developer. Sad to see a good app die.

May be useful for some, but is not helpful if you are flying to a non-major airport. This program has no options. It only displays major airport delays. No way to even lookup conditions at a smaller airport like you can on the FAA website. I regret buying this.

This simple program shows FAA traffic delays. View airport delays on a map or in a list view. This is a great tool to have for those who travel via air or fly into any of these FAA monitored airports.

As a commercial pilot, is app is invaluable to get a feel for what is happening in the NAS. Great for real-time ground stop information and the delays reported are accurate.

This app is broken, keeps telling me I have a connection error for over a week now. Wifi 3G edge doesn't matter.

This app is usually pretty accurate, but during hurricane sandy it showed IAD, DCA, and BWI as open even though they were closed!

I fly every week for work and I was using Safri and it takes forever to find the delays. This gives me the information I need in under 10 seconds. Worth every penny.

Great app until the new update now it crashes every time I open! Until fixed DO NOT WASTE TOUR MONEY to buy this app

I am a pilot for an airline and this app is excellent. Real time updates in a clear and concise format.