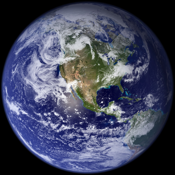 The pictures are magic...just fun to browse through. Great job.

Nowhere in the description does it say, nor do the sample pictures indicate, that there are so very many pictures of people. Personally, if I want lovely pictures to relax with, I don't want so many people looking back at me. I was hoping it would be mostly landscapes. There should be some mention of how many portraits there are. Well, I guess now there is. Other than that the photos are quite amazing.

In this new update, the image quality is mind blowing as the photographs seem to pop off the screen like never before. This must have app provides a dazzling view of our world and blends it with fascinating information and enthralling writing. It's so refreshing to find original content that's not scraped from Wikipedia, but rather the creative mind of an artist and explorer. The beauty of the images and the fantastic cultural focus can keep any curious traveler occupied for hours. An all-star application that is an essential resource for wanderers that like to be inspired.

Really great job on the update! Keep up the good work. The photography in this app is absolutely amazing and I love the photographer's writing. If this were a typical travel book it would probably weigh 40 lbs. This one of the first apps I show anyone when I show them my iPad.

You will enjoy using this app

Images on this app are great, you will really enjoy this app.

Love this app! Pics are so clear on iPad and he keeps adding more!

buggy. I bought it because I wanted to enjoy a slideshow. When an image loads and you click for slideshow, it works for a few images then freezes. Also, the app is crashing periodically. disappointed.

Love the app and love the photos. Couldn't be better!! My kids are loving the tour of the world via the gorgeous imagery. Keep up the great work!

The future of coffee table book publishing is here, viewed on the future of computing, the iPad. Guttman's superb work is the first photo display app that does the iPad's gorgeous display justice. A must have for photographers and visual junkies.

Much Better on the iPad

The iPad really brings this app to life compared to the limited real estate on the iPhone. Beautiful! Thanks for the great update

Wish I could sell it back! There are better apps out there with photos for FREE.

This app is pretty sweet. The quality and variety of the pictures are great. I hope he will update it with some more pics eventually.

Great update with some nice improvements including a fully interactive map.

Amazing. And I thought this app was great on the iPhone--On the iPad it is incredible. It truly is spectacular work of travel photography and writing.

Beautiful beyond words, but...

These photos are as beautiful as all the other reviewers say. Please add AppleTV to the app so they can be viewed on a big screen.

I'm not sure it's worth the money just to be able to look through a travel photography portfolio, but there is some d*** good photos in there!

Pictures are amazing on the iPad!

I love to show these pictures to people when they ask me how the iPad is or want a demo of its uses. The pics are stunning!

Very disappointed! Believe me, if there was a way to sample this app out first, you probably wouldn’t buy it!

the pictures are great but not a lot of replay value here.

Sweet collection of fantastic travel images by a ace shooter.

why does this app cost anything at all? i got suckered with the similarily named planet earth and thinking it may be discovery related, and it is not. just a bunch of photos and a map. it should be free. there is nothing in here worth paying for.

Beautiful images, but navigation is horrendous. Each continent is bundled in a single, linear album. You can't search all the images or even return to the previous image viewed once exiting an album; you must start all over again at the first image if you re-open an album. The app runs in landscape only, yet some images are portrait and you can't change the orientation. Disappointed.

Peter Guttman shows an unmatched understanding of composition, lighting, perspective, and texture in this amazing app that proves that beauty can be found everywhere in the world (even close to home). And with an unique map feature you can see the exact location where he clicked his shutter.

Such a BEAUTIFUL APP

Unbelievably gorgeous photos from such a talented photographer. Great app, works on iPhone and IPad.

Really not worth the money, descent pics but nothing profound, lack of content, all locations on the little globe boast 15 or so pics at max and there's not many locations, google will show you better pics or just get yourself a descent camera and play with the exposure times and you got what this guy's got.... Sorry.

Bringing Education to Life Once Again

Another beautiful content rich engaging app. After purchasing Peter Guttman & Bonzai Lab's other app, Children Around The World I was compelled not only to evaluated the instructional technology side, but to live vicariously through the Beautiful Planet App as I did through Mr. Guttman's Children Around The World app. And might I say... it was everything I'd hoped it would be. Another fabulous way for students to experience culture around the world and make the geographical connection while seamlessly navigating the app engaging our planet first hand. The images are warm and so deeply filled with color, image information is so rich cultural facts and the geographical pin points are so spot on, it brings this application to life. As an Instructional Technologist I have to say once more, "This approach is the very way in which education must move to fully engage and motivate our students in our content"

I had this app on my iPhone, but it really turns into something a lot more intriquing on the iPad. Certains images can hold my attention for minutes. Awesome. Thanks for the bug fixes!

I love this app. It's the best of its kind by far and the new map interface is amazing!

This is terrible! You can't zoom in on the different countries? You need a magnifying glass to read the names. Should be a globe you can move and zoom like google earth. I wish I knew this before I downloaded it. Waste of $.

These photos are phenomenal. The perfect replacement for all coffee table reading! I am amaze every time I open this app. Peter Guttman has done it again!

México it's not in Central América.

Gorgeous pics & fascinating locales!! I love how they display on my iPad, it's definitely worth the price! Want to zoom in? Tap the screen & then tap the down arrow icon...the picture currently on the screen automatically gets saved into your photo app. where you can pull it up & zoom in. Awesome!

Love the photography...would love it even better if this app wasn't so problematic. Before this update the app would crash many times when I go to the world map, now after this update, it doesn't take me to the home screen anymore, but when I touch certain parts of the map, the photos don't even load at all, it just shows the main menu and sometimes the thumbnail view at the bottom...you can click it, but still only shows the main menu. I've restarted the app, even my iPad, but still does the same things. This would have been an awesome app, but very unfortunate that it's not even worth having on my iPad since it's so buggy and problematic. The developer needs to get in gear...did you guys even test the app before you put it on the AppStore?

Not much to see here

To be honest, this app is not good. I think just browsing flickr is more interesting (and you'll see pictures of better quality there too!). The content is outdated too, must have been shot in the 80s or early 90s. Not sure why I'm giving this 2 stars. I guess it's not THAT bad, but I would not buy it if i were you.

I bought it and all it does is crash after 2 seconds of clicking on the app! Too bad I can't get a refund!!!

Terrific app, beautiful photos, and the best part is seeing their location on the globe. Educational, entertaining, inspiring!

Love the cultural focus of the photography.

This a static map with few photos around. No zoom feature for details at all. Thought it would be useful for my kid but not as It appears to be.