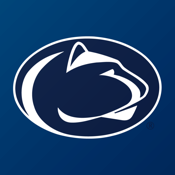 Good way to keep up with games when you're on the run. A little slow in updating scores. Live game broadcasts are great.

Are you kidding, no Track and Field???

If you are a running junkie, Forget It!! They don’t have Cross Country or Track and Field News. Come On!! Men’s and Women’s track were recent big ten champions! Isaiah Harris won the men’s 800 meters in the freaking National Championships last year!! Hello Penn State!!!!!! Parents and alumni follow T&F and Cross Country rabidly!!! I ditched this stupid app immediately

Interactive, live broadcast, directions, rosters, got it all...

Hate giving One Star, but

I hate to give a one star. It’s great to get game day audio on my iPhone, but i cannot use the iPhone for anything else as I must lock the phone open on the app. Of course this is also a giant battery killer. Almost perfect, but the one seemingly small flaw actually makes the audio app nearly useless.

Delightfully Mediocre...Check out the great apps by Yinzcam, if you'd like to see a really well done app for your favorite teams.

The previous version's all-sports newsfeed was much better, even if, inexplicably, the articles dropped off too soon. Unfortunately, this new version is overrun with social media "content," which is difficult to read because it's all jammed together on the main page, which scrolls on & on & on... Please separate legitimate news articles from the useless social media (perhaps two separate tabs). And, why does the app ask for my favorite sports each time I open it?? The previous version remembered my choices!! Finally, either have the irritating drop down tab stay up or down. It's very distracting & covers too much of the feed as you scroll (forever) down the main page. Come on CBS, you're better than this.

Being a huge PSU Fan- especially for football- this helps me easily keep track of their schedule!

The app has potential, but what I need most in my app is current information. Not seeing the upcoming football schedule when in the middle of August is poor mgt.

I do enjoy the app, but I think the alerts need to be improved. For example there should be more than a game start, game end, and news. There should be an alert when the team scores and when they go into overtime. The home page is also a little cluttered.

I live in the south and this app has been great for listening to games.

Every Sport in One Place

I've used this app for the past 2 years and have found nothing comparable to what it offers. Im the type of PSU fan who appreciates a wide range of sports, more than just football and hockey. This app gives you everything (game tracker, news, schedules, etc) for every sport and it's all in one place, making my life 10x easier. I use it multiple times on a weekly basis and can always rely on it. Would highly recommend for anyone looking to stay updated on PSU sports as a whole or just for the fan interested in going to a sports game in spare time WE ARE!

Unless I'm missing something, this app can now only be viewed in portrait mode. I'm not sure why landscape mode as a feature would be taken away, but if so, it's a definite downgrade, particularly for iPad.

Tough to Transfer Tickets You can’t just transfer a ticket to a friend or family member easily. It would be great to be able to transfer to phone number and then that person could use the ticket. Instead each person has to create an account in Ticket Master first. Pain in the neck.

Since my GA cable service does not include BTN, I can follow the game easily.

The last IOS update (10.2.1) seems to have broken this app. It worked fine until I installed the update.

Audio does not run in the background

I have loved this app in the past, but now it keeps timing out when streaming whenever the screen goes into lock mode. Please fix since it is a very big drain on the battery and it's not possible to navigate to weather apps while it's running.

I can see list of games but tapping on them to see tickets does nothing. Did anyone test this app??

I like a lot since I do not have big10 sport channel on tv. Hope when basketball season arrives it will be on as well.

I like the app. I do wish it had a "Favorites" feature for favorite sports. Overall though, a good app.

Other day I could manage my tix. Since last update I cannot do so. Please correct right away.

Living in SEC country, I see little news of the Big 10. This app fills the gap - I can listen to the football game anywhere!

Sept 1, 2017 just when they claimed "new and revised", IT IS WORSE THAN BEFORE! It took CBS two years to come out with an iPad app, and it doesn't work. No audio and yes, I bought the subscription, not even gametracker working. Guess we should blame this on the Bush administration also! It wasn't my fault! CBS, how big are you, and you cannot even code an iPad app that works! Tried uninstalling reinstalled, app loaded once, still could not get the game, now it crashes on startup.

Audio stream drops when the screen locks or when it is in background (such as when Google Maps is in the foreground). This renders it all but useless as a car radio app. Missed the OT of App State when I had to use Google Maps in a large city. Rookie developer move.

WE ARE PENN STATE

This is a great way to listen to Penn State football since being in Pittsburgh for 15 years.

4 days before the start of football season and the schedule still shows last years games.....seriously?!?!?

Must have for any nittany lion fan! Quickest with news and info on PSU sports!

I don't always get the games on TV. This allows me to still follow the games live.

Like that you can see every PSU sport. Easy to navigate. Would like to be able to transfer sport schedule to my calendar. Thanks

This is the greatest thing to keep up with all things Penn State love being able to listen to the games when I'm on the road and unable to watch !!

I'm a PSU fan originally from Pennsylvania. I love all the news and it keeps me up with everything going on Love it !

Just started using worked fine. Could not find game anywhere in Pittsburgh radio or TV. Got to hear the as I worked in the yard and shopped.

Good app for me

Great way to get game access for me. I've enjoyed it and glad to have it.

My primary use for this app is to listen to live audio coverage, which fails miserably once idle. Please update to support background audio streaming.

Wish this would give me score updates throughout the games of sports I follow. The final score 20 minutes after the game ends really isn't what I wanted.

Where are the scores!

New version of the app is useless to quickly perform the most common use. Finding out scores and info for games! The app is overwhelmed with pictures and stories but the simple ticker that used to be the mainstay right on the home page is missing. You’ve ruined the app.

Enjoyed and impressed that you are able to keep up with all the teams and how they are doing - so I frequently check scores.

This should be every fan's go to app for when your unable to watch on TV or attend the game in Beaver Stadium! Live and clear coverage and updates! (Great for all PSU sports!) Cheers to my fellow alumni and fans!

We use it in Atlanta to follow Women's Golf and football. Highly recommended!!!

Great app.from listening to Steve and Jack,to reading interviews and previews of the upcoming week.If you can't see or watch the game,you still keep up with all the latest.

It delivers the Mail and then some! Must use for all Fans!