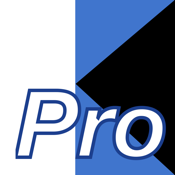 This app is a rip off. As soon as you change anything in settings it crashes. There is nowhere in the app to contact the developer or on there web site I want my money back. I am going to contact Amex and request a refund. This is criminal and unacceptable. Apple should monitor what is being sold on there App Store more closely.

I try to change setting and always close application and also info my to change 100 % O at 12 m ( very very bad ) I lost my money. What happen? Do not purchase

Great app ... Well worth the price.

The original IDeco was excellent. This new pro version is even better.

Good app with too glitches

As general speaking the app do the job but with some considerations, for example when you plan a deco dive within the app and the dive plan throws you lets say a deco stop at 9m for 8 minutes and you set a leg at the same deep for 10 minutes the app dont recognize the extended level and still set the 9m for 8 minutes stop wich total time will be 18 minutes (extended level plus real deco stop) very diferent from the original 8 minutes or even 10 minutes level. Also would be great to controll the ascent rate, descent rate and sac more precisly . My real deco sac is under the minimum value on the app. Delete waypoints or legs can be tricky because the app delete the waypoint but dont keep the info for the other wp instead the app overlap the info you are triying to delete with the next wp.

Little update from ideco, but disapointing that VPM is still not fully selectable

1.2.5 is the best yet. Overall seems peppier (running IOS5) and having the settings in-app is clearly superior.

Dive planning on the spot

There still are a couple annoyances in this version, but it's a lot more convenient to use than a laptop or pen&paper!

Easy to use and everyting a tech diver needs

Brock Brinkerhoff has done it again... delivering an excellent product, with an easy interface. Undoubtedly the finest deco software on the market. Get yourself an iPod Touch or iPhone. Its cheaper to get the iPhone than buy any other software out there!

SAC etc can be changed through iPhone SETTINGS but not from within the app.

Good app, be sure to change settings not in app

Crashes when I try to select different SAC rate or other list-based settings when accessed via the app's gear icon. Use the IPhones Settings app to change the preferences instead. Otherwise good app and works well.

From simple air dives to complex trimix dives this has been our team's go-to dive planner since we first discovered it in 2009. We used to use a desktop planner but when you're at the dive site or on the dive boat and things change you need a portal dive planner. We first discovered the need for this app when we were trimix diving off Pompano Beach and had to change our dive site due to currents. Rather than scrub the dive and go back to the campground to plan a new dive we were able to change our plan at the dock and had a great dive. Now we use it for every deco dive. It covers everything from gas management to oxygen exposure. We've been able to plan second dives while on the dive boat based on the results of the first dive allowing us to get the best bang for our buck on every boat trip. Thanks Brock for one of the most essential pieces of dive gear in our bags!

nice but some bad bugs

Useful, but too many bugs to bother listing. If you rely on it to cut tables (ehhhhh), make sure to double-check the work with a different app! Needs an update really badly. Graphics not entirely compatible with current iOS. Rendering errors abound. I'm starting to suspect this app is "abandon-ware" sadly. Here's hoping I'm wrong.... :(

Decent app. Leaves a lot to be desired. Baltic is better.

So many new features in pro that it's worth the money. Other apps that cost much more are harder to use than ideco. I use it for CCR dives and it makes my dive planning so much easier. From gas needed to bailout. Even has cave bailout built in. And if that's not enough it can help u determine the right mix and amour needed for dive planning. Good valued app. and great tool....thanks for creating this one.

Nice, but not much different than the free one.

I had hoped to see some extra features, but besides a slightly different UI and finally having more options configurable inside the app (although now they seem split between iphone settings and app, which seems odd), there's not much difference between this and the free version. I gave iDeco 5 stars, but I can only give this 3, simply just for the lack of extra features for the price. This version (1.0) also seems to have a bug preventing multilevel dives from working, likewise the scrolling in the new revised UI is so clunky, that getting to the bailout profile is hard. It does seem a bit more robust when trying to plan more than 3 dives however, but it still uses the one single long table which makes it hard to use for multiday planning, but ok for just planning 1-3 dives for 1 day. UPDATE: multilevel sometimes works after resetting the phone. It's still not easy to plan a complex up/down profile with 10 levels or so. And the CCR bailout seems to always picks the deepest level, so you get your max bailout gas need, but the deco needed might be higher from a later and shallower level. I could recommend buying just to support the development, but feature wise, it's not much extra over the free version. So for now, I would recommend sticking with the free one. It seems to generate better numbers than iDeco though, for example a 300ft 20min dives now generates sensible stop times more in line with other planners (mvplanner for instance). I'd bumb this up 1 star for that, but then I'd have to take off 1 star from iDeco :-)

Still an antiquated algorithm with the addition of more rainbow farting unicorns. Limited but adequate for light to moderate technical dives. VPM would make this app a real winner and suited for more advanced mixed gas OC/CCR dives. Good for the money tho! V-Planner is still the better choice for the serious technical diver.

I upgraded to the pro version and think it is well worth the money! I had been using the other version for over a year and loved it. This is even better. Everything is VERY intuitive and easy to use. All information is displayed in a clear and easy to use/read format. It is also a great learning tool. I use it to double check my hand calculations, and to do "what if" scenarios. Considering the cost of dive computers and other dive equipment, this is a steal. Playing around with the CCR functions took a lot of the CCR intimidation away from me, and has made me seriously consider getting training in that area as well! Fantastic product!

The program was very easy to use. All you need to do is add the gas you need and vola. Also it has the option for single and double tanks too. A great tool for scuba divers doing recreational or technical diving.

The current version of this program does not seem to work. Whenever you try to set anything the program tells you to go to the iPad settings and set things there. But when you do and come back none of the settings seem to have propagated through. I have tried killing the program and restarting it and I have tried turning off the iPad and restarting it and still iDeco Pro never seems to go out and read the settings. It's too bad. The earlier version of the program was excellent.

Good, Simple to Use

The most recent NEDU data seem to indicate gradient factor based dive plans are more reliable than VPM and various bubble models that get you out of the water faster. Not having VPM is only really an issue if you need to match the plan to a dive computer that only offers VPM. You should also be checking technical dive plans against multiple sources, so I wouldn’t rely solely on a single app anyway. If this had settings for altitude diving and fresh water, I’d give 5 stars.

The support links go to a website that doesn’t have anything but a splash page. Our diving group uses this program to plan dives, and we use the dive plan email feature to send dives to one another. One thing that’s missing from the email is the surface interval between dives.

Great for planning back ups or simply checking your own numbers, I love how I can plug in my RMV and SAC rate and it'll automatically calculate my gas demands!

Great app,especially at the price. Would definitely recommend. Support from the developer is awesome, he responded to my email questions in minutes.

I wasted money on this application

I read the reviews and decided to buy this over the Baltic app. Trying to save money has only resulted in frustration and I ended up buying Baltic anyway. I went to settings and changed all of the applicable stuff (certified diver, enable trimix ect.). I could not get the app to change from air to trimix as my primary gas. I even had a few app savy divers try. No luck. I logged back on to Itunes and clicked on the pro support tab. The website has been taken down. I tried the developers website link and it too has been taken down. I tried a google search, all of the web support sites have been removed. There is no support for this app. If you want trimix dive planning buy Baltic or V-Planner. Don't buy this one.

Already a great program, now made even better....

iDeco was a freebe and was already a full function deco program for both OC & CCR.... The new Pro version is worth the upgrade. Better interface, easier to use, a few more features, and once again spot on. As a cash contributor to iDeco, I could have gotten this for free, but elected to part with the minimal fee Brock is charging here... He put a ton of time into this program, and it was time well spent. This does everything programs do costing five or six times as much. The blending function works very smoothly too.... I use it for CCR as do many other iPhone CCR divers... Never heard anything but very positive comments.

Beautifully simple. The world of scuba is notoriously expensive, 8 dollars is a steal, thank you Brock!