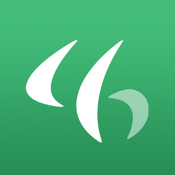 Only one issue is getting to score card easily on the app.

I love this app so much, but caught a Bug 😜

In the past, I’ve used Yahoo Cricket app for a long time, but since last couple of years, I’ve been a fan of this app. I love every feature and UI of this app. Though with these many things, bugs can be left off. That’s not a complaint but just commenting as I am a Mobile App Tester myself 😜😜 Bug Title: iOS - App launches Twitter and Safari even when user doesn’t want to. Steps to reproduce: Open a match summary and go to Tweets section. Tap on a tweet. Tap on Cancel button on Dialog saying “Cricbuzz” wants to open “Twitter”. Expected: User should remain on the same screen of Cricbuzz App. Actual: Twitter as well Safari Browser is launched with that twitter page. Note: It works fine if user taps on OK button. Also, this happens for the first time. And once I tap OK button and try to do the same thing, I’m not given that option.

At least show the highlights of India and Pakistan game

Dude, how would you feel when you are reading something very interesting on a newspaper and someone snatches it every 5 sec... that’s exactly what you are doing! Do you really want people to use your app? No one would do this auto scroll if they wanted people to use their app!

Great app. I use this app even if I am looking at the games on tv. Lots of information with all games and players. Recommend for all cricket fans.

Application not responding to my actions

I have multiple anr’s. App is not taking my action at all. Each time, I have to k*** the app from background and have to restart it. You have a great development team. Please fix this ASAP

Super, but some faults is there...

Great app. I use this app even if I am looking at the games on tv. Lots of information with all games and players.

Keep up the good work

I really love this app. I have been using this app for many years now. The growth of the app has been tremendous. Keep up the good work.

Great work but we want statistics of women cricket, PSL and BBL as well.

Take out the featured videos and add the score!!! Too many ads too

This app is own by Indians. Commentaries are done by Indian. Translation in english is really bad so don’t waste your time.

I deleted Cric info because of their shameful biased reporting in favor of India. Now this app doing the same. There are other cricketing nations too. Deleting this one too.

Not a comparison to other better alternatives

Providing all the necessary info that a cricket lover looking for. Satisfactory.

We can call this Kohli app as all info is about this. This is not a global cricket app that you maybe looking for. It’s India biased which is a shame. Even in other games where India is not playing Indian commentators are chatting about how great Indian players are. Developer should name it his as IndianCric app or something similar. Horrible app - don’t download it!

Up to date always

Color / theme not as good as Android version

Can improve on the theme

Can you explain the delay of Test Ranking? India is still on top with 115 pts even after a 1-4 massive defeat? Are you guys biased? Is the ICC overtaken by BCCI ?

I’m not able to see tweets for any after an update.. needs to be fixed

Great site ! Informative and always up to date

Ads popping up literally every minute. I don’t see this number of annoying ads in any other app. Better have paid subscription. Moving on to cric info after 3 years with this app.

The Best App for cricket lovers

He greatest and best app ever for cricket love I personally loved it a lot and daily check for cricket updates, scores , news records and series and fixtures

Why the h*** their data is not available on Cricbuzz? Trying to search rankings and players data but can’t see for women’s. Why? Is this because they are women who trying to be equal to men’s cricket? Or Is this because of cricbuzz negligence?

It should be more fast to give ball to ball details

it would be great if cricbuzz provide cricket highlights of every match becoz this app is best among all.

Although it’s tough to say watching live scores & commentary are wast of time but if you wanna to know what is cricket you should watch that....

There notifications settings are horrible... Either I get way too many notifications at once or never get it. Plus the pop up ads are extremely annoying, still the best app there is.

Too many Ads these days!

Just too many Ads these days creating lot of inconvinience. Might be worth focusing on quality rather than quantity before losing users.