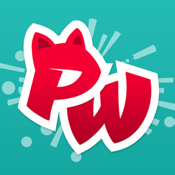 Customer Reviews of the Paigeeworld App

First of all, I can’t log into Pagie world. I’ve tried all their social media and nothing new has been updated. I joined when I was a young kid and I really enjoyed it back then! I met many amazing people and the app has helped me improve my art a lot! It's so sad that this community went to waste.. The owner hired actual children as staff between the ages of 11-18 and I'm sure they didn't get paid anything. I’m not sure if pagie world is gone or if they banned me but I don't care anyomore. This community was corrupt and absolutely horrible.

PagieeWord is my got to to post drawing ,but for the past two days it would not let me connect. My account is MiniDraws. I tried to delete the app and then install it - it’s never worked. I even checked on my iPad to see if it was just my phone, but it wasn't my iPad that didn’t work. I even tried it on the website; the website didn’t work either. I’m not sure if it’s my account ,but please fix it. My account means everything to me!

Honestly I used to really like PW. It was really fun to see new artists. The problem is it can be really boring sometimes. (This was a short review, sorry)

wish I could go back tbh

Wow where to start. To make this short and sweet, PaigeeWorld is a corrupt community of childish adults, 3 year olds, and trolls. The owner is corrupt and the kids are treated with little to no respect. PaigeeWorld used to be enjoyable, but now it’s out of money and desperate so. good for me.

I tried to jump back in my profile on PaigeeWorld, but it won’t let me connect from the Facebook. The issues I’m having when I’m trying to log in back, but I just got disconnected.. I don’t know why I got disconnected, I can’t jump back in there but I wanted to know the reason why in order to fix this problem again... -puppetc1rcusm4n14c

Paigeeworld was the first social media I ever joined, quite honestly, it helped me grow into the artist I am today. Without it I may have quit drawing. It used to be absolutely wonderful and chill, I had many friends who I often talked to and it was a welcoming community. But suddenly, the owner Paige just disappeared, leaving her dad Preston to run Paigeeworld. I’m not sure if she went to college, passed away, has health issues, or anything else, but Preston is a nightmare. He treated his moderators like absolute crap, not listening to them at all. He didn’t punish art theft because “if you put a filter on something it’s your art”. He doesn’t know anything about art and he runs the platform terribly. At one point there was only one moderator who was 11 years old, unpaid, working her butt off to try run the server he owns. He treated her badly. Paigeeworld is overrun by trolls who constantly target young children. He does nothing about this. He can’t IP ban people anymore because he fired the guy who does this type of stuff. He is so desperate for many he has no made the app cost money. He treats everyone who disagrees with any little thing he says like an irrelevant piece of garbage. Feel free to join, and I’d recommend talking to rasberrii, she is a moderator and she really is a sweetheart. She is so nice and friendly and has worked so hard to support the site. But stay away from drama and just post your art. Don’t expect PaigeeDraw to be anything but arrogant and nasty. Don’t join the Welcome Team. And DONT join the moderators.

I feel like I left (because of storage) before turning back to see the remains of a home. It feels like things were great but went downhill really fast. I don’t know what to say. I genuinely enjoyed the app when I first joined, but things weren’t as chaotic back then. I’ve moved to Instagram… -Frost Queen

It’s @marshmeow here! Paigeeworld is shutting down! PERMANENTLY😱! I loved and still love Paigeeworld. I joined in December 2018, and have been on ever since.It’s really sad that it’s shutting down, but I’ll still remember everything. I’m giving it a five star rating while I can, because Paigeeworld does NOT DESERVE to shut down. Just my insights about that. I’ll always remember Paigeeworld as the place I made more friends than in real life, the place where I was never afraid to share my art, and the first social media I ever got. Love you, Paigeeworld... *wipes tear*

I’m on an iPhone 6, and I’m a big fan of this app, but I’m running into an issue on mobile where if I try to upload, it only shows certain random photos in my gallery instead of the whole album. I can do it from safari, which is weird, but not the app. I’ve tried looking for help for this, in app and out, but there’s no help in the tutorials or app, and the support button here takes me to the safari front page, which also has no help. If there’s any way to fix this, I’m all ears!

Idk what to caption

ellie the demon's Review of Paigeeworld

I really wanna use pagieeworld but I hate my name, I either wanna change my name or delete my account but I can’t to either, I don’t have any other email to use. It would really help if one of these features were added. I know you can change names but I’m too broke to afford it. Thank you.

I loved paigeeworld but it is not worth 2 dollars.Please make it free again! I had it before but it got deleted and I just want it back!

I wasted my money.

Paigee World seems to have shut down. It will not connect and I never got the chance to use it. Please don’t buy this.

I could be wrong but not allowing members to block people is not ok. What if the mods aren’t here and there’s too many reports that they don’t even see yours? The person could spam and harass you for hours! Amino is probably the best blocking app. If some one bothers you, you only have to press one button which is the block button and BAM! they are no longer spamming or harassing you any more.

Hello, i’ve been using paigeeworld for about 9 months or so and its a great app, but recently this week it stopped working, I went in the app one morning and it kept on telling me to log back in although I was already logged in.So I checked back and I was still logged out, so I pressed login and nothing happened so I have no clue what is happening with the app.

It’s Amazing But Has Some Problems

First of all, I LOVE PaigeeWorld. It’s changed me as an artist and a person, from drawing stick figures to art that I’m proud of. But lately it’s not been letting me on the app, and I don’t know if this is happening to just me. I’ve reinstalled the app but it still doesn’t work when I try to sign in. And Blankmas has been happening all over the place lately. I had to leave my old account because I tried to get moderators’ attention, but no moderators noticed. I don’t want to leave PaigeeWorld because it’s taken me so far, but I don’t know if I can get on again. Please fix PaigeeWorld soon. 😰😭 Update- It’s back!! Skeetskeet Update: Pw closing forever?? Noo no no no nooooooooooo my friendsssss!!! I have idea tho before month is over just make it so old pictures are deleted and accounts that haven’t been used in a year or more are deleted. Let ads come into the app and advertise to make money, and ban inappropriate drawings and swearing. Google will apparently give more money per ad if there is no swearing or inappropriate drawings. Please please try to fix PaigeeWorld but if you can’t I’m going to make my own art app and try to continue PaigeeWorld’s community. Please trytrytry -MercuryDragon

As if 4/20/19 PW is terrible. I posted MY art, and the next day boom, i was permanently banned, I was constantly told “wE hAvE pRoOf Of ThEfT!!1!1!!”. if your art is good and you start sharing randomly you'll be banned.

I need an explanation

So, overall the app is ok it is not perfect but it's fine anyway the reason I'm upset is that I was recently kick from my account and can not be let in yes I have wifi and internet perfect connection yet I can't get in no matter what I do I don't believe I was banned and I didn't even get a warning I still to this day can't get back in overall I cant complain about the quality I do believe the mods are unfair and the rules are not fair either but it's not that bad and of course all people have different stories and experiences so this is just based on my experiences

I can’t log in, I can’t load anything, even when I am connected to wifi. Was I banned? And for what? I can’t even make another account? What’s going on? You can’t even report a problem if the report/help button won’t even load! It says I am not connected, even though I am. I have tried contacting PaigeeWorld through Instagram, and I have gotten no answer. What is going on?

Amazing but can I get some help...?

Okay first off this app is great for sharing my art with millions of people! Couldn’t ask for anything better! I highly suggest that art lovers should join this community. However I’m experiencing a problem with loging to my account. When I type in my username or password it says could not connect. Could you figure out what’s going on please?!?

I love PaigeeWorld, I’m sticking with it even though everyone says it’s dying. But like a lot of people recently I’ve been experiencing problems connecting... the app will open but says it won’t connect regardless of whether I’m logged in or not... hope this will be fixed soon...

I love the community, worried though.

Im worried because the app will not load. Will open. Just not load my account and stuff. No login page. Same thing on the web version. Very worried. Please get this fixed soon. Edit: reinstalled the app. Now on login screen. Not connecting though. Very worried still. Once this gets fixed i will 5 star it.

Best app but why is it down?

So I’ve had this app for almost a year but for some reason the app is down today. I tried to open it and it opened but it said I was not connected to the internet but I was. I was very annoyed. But anyways this is one of the unseen apps that is very very good! And I think people should download this app. Because artists leave everyday because of a few reasons that were slightly silly but I get why they did. Also there is a website too called PaigeeWorld.com and you can sign in with your phone account! Also the mods are very strict with what you post. Also there is a contest every single month! This month it is mermay! And no I did not spell it wrong on purpose it is short for mermaid may! I hope you do download this app! It is very fun!!

Paigeeworld, in my opinion is a pretty safe place to post your art AnD stufF- probably betTer than DA