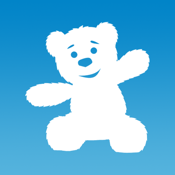 Customer Reviews of the Beanie Baby Collectors For Ipad App

Why Is This Even Allowed in the AppStore?

While I would like to I've this app, and all apps, a positive review; the developer has made that simply impossible. As soon as you open the app, it tells you that your collection will be saved on their site. This just does not happen. Apparently, it will not happen for another 30 to 60 days. This feature is a very large part of what would make this app worth $6.00. This brings to mind two questions: why is the developer charging $6.00 for an app that does not perform as promised and why is Apple allowing such an app in the store? I often hear people ask why customers don't want to pay for apps. Perhaps it is because, in spite of what we are told, you really don't always get what you pay for. Edit: an update later destroyed the database that I created. Beware of this developer!