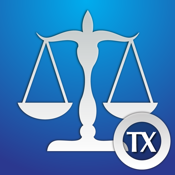 Great app...can access anything needed when you need it.

This app rocks! I don't have to carry around my giant law book now.

As a peace officer, this is an invaluable tool. Now if only DA's could figure out how to use it... Be warned though, it takes several months for legislative updates to come through.

This app is great. I use it almost every time I am at work. I highly recommend it and several co-workers have gotten it based on my word and they state that they like it. The developers do great at improving it and updating it. I have had it for maybe 2 yrs or a little less now and don't use any other books or apps anymore. Great field use. Thx for the app.

Great app and well organized but the updates are way too expensive. When you purchase the app, it will only be current through 2011. Unless you purchase the additional update for $20. Then it brings it up to date to May 27, 2013. I purchased the app after in November of 2013 but it didn't include the update. $50 to include the update is a bit pricey for this app when you can get a similar app for much cheaper.

THE most useful app on my iPad. Essential for TX lawyers.

I use this app frequently on the job and it is great. Could stand to have more but very useful.

Same problem as above. Renewed my subscriptions and can't open app at all. Would like a fix or refund!

This app is a must for law practitioners! Easy to use!

The app is great and helpful but the search function needs to be improved.

This has been a very handy app in the field. Great resource. Also, to the guy that gave this app the "Bad" review needs to do a little research before opening his pie hole because the 8th amendment in the Texas Constitution is Freedom of Speech. Oh, the ignorance! Great app!!!!

I use the hell out of this as a cop. Saves me plenty of time and trouble.

Great app, but you need to know what your looking for. General searches are futile!

Love, love this app! The actual codes on the web site gets annoying while it refreshes, so this app is awesome and so much faster while researching stuff! Thanks!

Not the best. But works.

Easy to browse statutes or search. Handy to have all statutes wuh me at all times. Since they reside on the phone I don't even have to have a good connection.

It's a good source of information

It has all the information needed. Without having to carry a huge book.

Use it just about everyday I work. It's a great tool!

Needs to be user-friendly

Here are eight dead simple tweaks Tekk Innovations can make to their LawStack apps to bring about major improvements in user-friendliness: 1. Use iCloud to back up bookmarks not just as app data in our backups. 2. Fix the numerous broken links all over sections referencing different sections, and clean up formatting. 3. Allow us to write our own notes in each section, title, chapter, etc. and sync that with iCloud so we do not lose them when switching devices. 4. Add relevant pictures beside the titles so we don't have to go up and down scrolling to find which part of our state's laws we often reference. They have handcuffs for the Penal Code and a car for the Vehicle Code on those smaller apps; why not as a handy guide in the $29.99/yr apps? 5. Start including tracking, or case, numbers, when contacting support so as to make it easier to maintain contact about the issue, especially if it's a content error or an annoying bug in the app which diminishes its quality and worthiness of paying as much as $29.99 plus tax year after year to keep everything up to date! 6. Add a PDF and a DOCX exporting feature so the app would be useful beyond our iOS/Android devices. I have been asking for this since I've paid over $300 for twelve state law apps in July of 2016, which I'll have to pay again this July to keep all the laws current! I don't want to copy and paste everything one section after one section after one section! 7. Let us view one title all at once! This one's REALLY dead simple! I'm getting tired of having to back out of every section to look at another one, like robbery in the first degree after I look at robbery in the second or third degree! Also, let us view an entire chapter on the same screen! 8. Integrate the app with Windows and macOS web browsers such as Edge, Google Chrome and Safari. We can manage our subscriptions on our desktops once we sign in, why not be able to log in and use our iOS/Android apps on Windows or macOS, or Chrome OS, or Linux? I'll check back on December 31 next year and see how far LawStack has come with innovating their state law apps before I consider paying over $300 to renew my subscriptions on my twelve state law apps each year. That's a lot of money, especially by iOS/Android app standards, even if the $29.99 included data updates and free customer support for life!

Good for the law enforcement professional

Great resource, only thing I would change is the search option. Doesn't work very well....

This is one of the most fluid, user friendly legal apps on the market.

Great information, easy to use

Was great, needs to update with 2013 revisions

I've found at least the Transportation Code to be missing revisions which went into effect as of Sept. 1, 2013. That makes me concerned about the reliability of every other section. Previously, this app had been flawless in my experience. I would've given it a 5. Now it's a charity 3. If I can't trust its veracity, it should be a 1. I hope it gets updated soon.

Recommend it for anyone who needs it on a daily basis.

This is a great app that, as a peace officer, I refer to regularly. Having all these resources in one place definitely helps, and it's much easier than carrying that huge book and flipping through the pages till you find what your looking for. A lot of people complain about the search, but I haven't had any problems with it, in my opinion the search is very easy to use and it brings up what I'm looking for every time. The biggest praise I have is to the developers for keeping it up to date, I wasn't sure what to expect after this past legislative session it took a couple of weeks but they were very good about gathering all of the new information and updating the app to keep it up to date. It seems like a lot to pay for an app, but in the long run it is much more cost efficient than buying a new book every two years. Definitely one of the best purchases I have made!

This is a good app in hand when you need it most. I paid $30 for this app and I don't want to spend another $20 just to update to the new laws changed recently.

This is a nicely designed app, I love it!

I use this app regularly when I'm practicing law on the go.

Only app in iPhone that offers all Tx laws in one spot. Thanks!! Only issue, need to update for iPhone 5s

So worth it! Use it on the streets all the time. Great to have the elements in my pocket. Never had any problems (fingers crossed) and seems pretty up to date.

Don't trust it to be accurately updated, expensive dud

I bought it as a backup to one of my other systems. Whenever I cross checked it with actual statutes I work with, this app was consistently out of date. Expensive dud, don't waste your money

Ever since renewing my subscription (and paying another $30) and downloading the recent legislative update, the app crashes on launch. This happens on my iPhone 6s and my iPad mini 4.

It has everything you need about Texas law. Searching for specific laws could/should be easier.

Worth every penny! Searching is easy, updates are great. I use this for work often and it beats carrying a large book around and looking things up in an index. Must have app for anyone working with the law!

I've used it on the streets a few times and it's worked as advertised. I'm holding my breath that it'll be updated in a timely manner when the next Legislature finishes.

This ap is not reliable. It is missing sections and some offenses are switched. It even has the Bill of Rights jacked up. Obviously the creator of this ap is not American because the 8th amendment does not give us the freedom of speech.

Does what it should.

Update this app has been update to the new laws. Good app very useful. Easier than caring a law book. Money well spent. Thanks for the great app you guy rock.

Great app, I don't leave home without it!

I'm in court on a regular basis and receive calls asking opinions all the time, even when I'm not at work. I can pull up any statute anytime. Easy search engine to use. I love the ability to email the relevant code section too!!! Best app in and out of court in my opinion!!! Also, it is available even if you don't have Internet access!

When I first purchased updates were included. Now I find the next update is $20 for the 83rd legislative session subscription that expires 6 months from today. Frankly that seems quite steep considering updates had been included. $5 or so seems more reasonable to update the app (coming from no charge.)

Could be easier to search, but overall the app is great. Very convenient and minimizes valuable space.

It is a very handy tool and would be a great tool for all officers on the street as a quick reference and a tool to refresh their memory. Definitely a five star rating for me

I would recommend buying THIS complete codes app, instead of code by code. it's worth the investment.