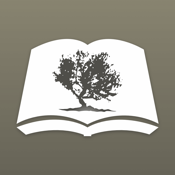 The latest nonsense from Olive Tree

Added December 28, 2017 And the latest ‘blessing’ from Olive Tree. I bought the Preachers commentary and found the author dissing President Donald Trump. Really, not Clinton, not Obama nor Bush, just Donal Trump. Politics and Olive Tree? And yes I complained and not only was refused a refund, instead Olive Tree sent me to Apple to complain and get reimbursed. Didn’t happen. I certainly never expected politics nor corporate speak from Olive Tree. Shame on you. Added September 7, 2014 This app is still very buggy and I don't recommend purchasing it any longer. Olive Tree seems not to care or have the programming ability to fix it. Just this morning I needed to dump it and reload once again trying to solve issues that were not there a couple of years ago. A few of the issues: 1. It will no longer highlight. 2. It never goes to the proper verse, usually one before it. 3. It changes scripture positions when you turn a page. 4. It crashes or changes scriptures on me when I'm speaking. Added May 17, 2014 The new update is the worse update I've ever had on any product. It crashes whenever I use the various components that Olive Tree advertises. I've spent hundreds of dollars on this app and it's basically useless for any serious bible study. It crashes, crashes and then crashes some more. It won't even take me to the scripture I request anymore---on both my iPad 2 and on my iPad Air. I'd lower my star rating to one if I had the chance to do it over again. All this from a Christian organization? Previously posted: Quite frankly, I love the app when it works properly but it crashes at least once every day on my iPad 2. With each new update I keep hoping that these problems are solved but its still not stable.. If it's just used for reading it may be stable however I use many of its features and it's just not stable. At least once every Sunday when I'm speaking it crashes I've spent a lot of dollars adding good components from Olive Tree but its so annoying that it crashes so regularly. Why can't you guys get it right? So many upgrades yet none have solved the crashing problem. As Christians I would have expected far better service than you have provided. Crashing is NOT good service, it's what I would expect from a secular company. I can't even recommend this app to my friends in the church I pastor because its so unreliable. Please solve the problem. If this product was stable I'd easily give it a 5 Star rating however because it crashes so much I can not. I also have Accordance that I use sparingly and it never crashes.

This helps me understand and put into action Bods word because I can use this information to help others by having it at my fingertips as we study. When I say I will find out I can do so quickly because I have the resources at my fingertips

I was forced to upgrade because of iOS 11. Finally did on Jan 1 and app crashes on start.

This is the best of the Bible apps. I have been using for years and it does not disappoint. There is a huge library of resources. The Thompson Chain Reference, and Charles Stanley’s devotionals are faves. I have hundreds of sermon notes and being able to search through them is a great asset. Highly recommend this.