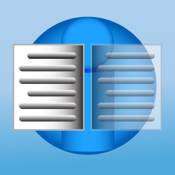 Customer Reviews of the Isilo App

Love this a app but what would make it 5 stars for me is the ability to email a doc within the app.

Phenomenal on my iPhone 6 Plus

iSilo is the app I use the most on my iPhone. I use it for reference docs, notes, travel plans...basically any and all documents I want to keep close and ready to view. Basically, I wouldn't be able to live without it. The latest update makes using it on my big screen iPhone 6 Plus a phenomenal experience. This app just keeps getting better. It seems that many of the people who gave a lower rating and had some issues did not even bother to go to iSilo's excellent support forum where they could have most likely gotten their problems resolved. People, I hate to break this to you, but the customer review section of the app store is *not* a customer support forum. The developer is not given a way to respond to anything anybody writes.

Having trouble with interface some parts of my screen seem to have dead spots where I'm unable to click on links :(

It crashes every time I try to annotate pdb files on my iPad 3 gen. please fix soon

I used iSilo on an old Palm device years ago and had hundreds of books on it. When I bought my iPhone I had hoped to use the books again so I bought the iSilo for iPhone app. While I was able to load all my books through iTunes, I find using the app a very unsatisfying experience. There is no setting to control margins so when selecting text it is very cumbersome. The app also crashes on my iPhone 6 Plus.

I've been an Isilo fan for 10 years or so. Good reader program that's useful, and universal across most other computer devices.

This program gives me the ability to use a reference library on my iPad that I otherwise could not. Unfortunately, some users do not understand the proper use of the rating system. There was a recent bug in iSilo, that the provider was very responsive in fixing. Unfortunately, instead of visiting their website to request a fix, many just left a negative review instead. Ignore the reviews! The is a very helpful app!

After updating my Chinese bible books in palm format (pdb), they have started displaying each word on a new line. It occurs sporadically throughout the book. This happened on both my iPad and my iPhone after updating the app. It is occurring for multiple books. Please help!

Can't download from Dropbox . I can download single documents from Dropbox but when it comes to opening a folder, it crashes again and again. Please fix it! Thanks

This app does not have bells and whistles but a core functionality that just works. It is a simple reader app that does a lot of good things well. Yes, it has limitations. But they are not crucial. This app does what it is supposed to do so well that it deserves, for those things, 5 stars.

Needs to be updated again

The new update caused some more bugs. Please fix. It now cuts part of the text and some links don't work properly when they are touched.

This has always been one of my favorite apps. It is extremely useful, and has always been very dependable. This new update fixes the problems with iOS 7, and it is once again it's old reliable self! Thank you iSilo. Keep up the good work!

I've always loved Isilo...been using it for years. But the latest bug fix created more bugs. The same thing is happening to me that I see has happened to some other users. The right side is cut off and it makes accessing that data annoying. Also it looks like I have to tap the link beside the one I want to get to the info I'm looking for. Please fix pronto!

I don't like to complain here in reviews. Usually I try to contact the developer and work out my issue. However, I couldn't find how in this case. I have used iSilo for many years but at this point the web server function built in is no longer excusable. It's buggy and fails a lot and there's no hope in sight of it getting better. Why is there no airdrop support or share sheets support? Copying files into the app is still too hard. How can I use the app if it is hard to get files into the app? (Sans cable). I used to excuse the app's ugliness because of what it could do, but now it isn't even serving its utility purpose.

I’d like to see an update so the app is compatible with iPhone X. And also, it’s always a pain to highlight. Hope it can be fixed in an update.

A couple of the letters will be cut off on the right end.

After IOS 10 a black screen it's all over my documents, I already tried everything (deleted, reinstalled, etc) app developer site do not have any way to contact them.

The latest upgrade for iOS has removed the ability to copy from within annotations-- I wish I could revert b/c I used that a lot. This is not surprising given the lack of true high quality upgrading for this app over the years. It's really too bad b/c it's an incredibly powerful app, able to do a combination of things no other reader can: linking, annotating, wifi transfers, file system -- theres a long list of features like this that other apps may have 1 or 2 of, but that's it. And with iSiloX: scraping from websites, and being able to produce a SINGLE highly sophisticated linked document from Word that can be converted to multiple formats so that it can be printed, viewed as a web page, converted to a Google doc for sharing and viewed in iSilo on phones or tablets so that you can edit ONE source document and distribute it to all those formats. I know of no other platforms that allow that kind of flexibility. But as I said, it's too bad they're not updating such a powerful program to make it truly modern. Which means you're stuck with a lot of archaic iSilo ways of doing things.

Because I use this much, will it be possible in the future to have it included in the slide over in iOS 9?

Been using this app to enjoy the Lord for many years. Would be great to have some features like: iPhoneX compatible. Easy select and copy/share function, so that I can easily share some verses to others.

Good app. But NO server connection.

I just want one more function: Access to Dropbox or other cloud servers please.(again)

Needs yet another update for iOS 7; this will be the 2nd. Shuts off when bookmarked. Also shuts off when interring a security code. When the app is working properly it is quite good, but it often does not work and is well behind the curve on updates.

A waste of money

This is the most expensive app I have purchased, and came with absolutely no instructions. This is a complete waste of money, it does nothing, and taught me to check paid apps out much more carefully before purchasing!

AWESOME APP AND THANK YOU

I've been using this app since the days of my trusty old Palm units and cannot praise it and the developer enough. Far too many apps, even "numbers ones" eventually disappear into the murk of time, but this beauty endures. And thankfully so. If you're in need of an app even remotely close to the feature set this one offers, then I highly recommend it. You won't be disappointed. I'd like to say a huge thank you for keeping the app up to date. Very much appreciated.

This app is terrible. It keeps crashing. I want my money back. It has very few useful tools and they seldom work

I like the app very much and use it quite a bit. It has a lot of nice features that are very helpful. Two things would be very helpful. One the ability to sync would be so great, and text selection for copying and notes and so forth to me at least is hard. Making that easier would also be great. Thank you.

This update does not solve for the lagging problem while scrolling

For too long the developer did not solve the scrolling problem. It happened about half a year ago when scrolling became a terrible experience for documents with Chinese texts because it lagged for about one second every time you swipe your finger on the screen. They solved this problem for a little while, then it came back again after their update trying to accommodate the iOS7. Now both Chinese and English text encounter the lagging problem. I really hope that the developer would quickly respond to the current issue with a nicer update. To be fair, it could be the problem of my processor because I'm using iPad 3 with an A5 chip running iOS7. However, I think a good software developer should still take into consideration of back compatibility, and iPad 3 is not even that old.

The ios8 update is wonderful. Great for using watchtower library when you don't have Internet access or running low on data for the month. A useful app for any JW.

A lot of problem

It's crashing all the times .I need a refund !

I have a library built up over the years in this format. I'm so glad they keep this app going strong. It is very useful.

Need update to open a pdb file from a web page.

Please update to open a pdb file directly from a web page with Isilo. Used to be able to that but after the recent update (s), I found I can not do that anymore.

iSilo works just fine on my iPhone, but on my iPad it decides to autoscroll nonstop and feverishly on its own as soon as I try to finger-scroll up! Will you please look into this? Thank you

Many of us are using this application with WTPub. New version under iOS7 corrects the problem of some words going all the way out of screen right. Developer was fast with the correction. Thanks.

I bought this app hoping that id be able to open my old books in my Palm handheld. fail!

How can I transfer all my books I do have in my phone to a new phone ?

When I use "Highlight" and "Page Number" (go to page) in my IPad Mini the system boots me out. I didn't have these issues two updates before. Please Fix.

Latest update (6.20.8) crashes when trying to download from Dropbox. Problem fix in the latest update.

Good Program But Crashes A LOT

Please work to fix issue that is causing it to crash on me almost hourly. I use isilo daily, and it is very frustrating getting shut down multiple times during the day. Additionally, I've had some trouble with scrolling. When I go to scroll sometimes it goes very quickly to the magnifying glass. Please review and try to fix it.

I really like using this app a lot. I have files on here that I do a lot of research for but I find that the app is quite glitchy. I can't scroll smoothly up and down a page. Might need a patch update

Was great app until newest update. now it crashes every time I try to highlight something. I use to study now its useless please fix