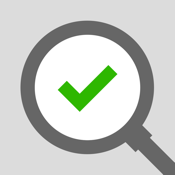 WELL WORTH THE PRICE. GET IT.

I could write volumes on this app, but very quickly - here is the deal. It takes you a a little while to set up the template for your specific project whether it be civil inspections or safety inspections. I am a corporate safety manager and have done several templates and save them inside the app. Let’s face it, every project has its own anomalies that have to be inspected so there is no magic template. However, when the templates are finally made, it takes only a few minutes to fill them out. Filling out the form is very easy and nonproblematic. Once the audit or inspection is complete, a few clicks of a button and it produces a very professional and more importantly - it creates a VERY impressive format that makes it look like you spent hours compiling and formatting. It creates the final compiled report in a PDF format, which can be printed or submitted electronically. I have had numerous compliments on the quality and professional Malachi of the reports this app has generated. It is amazing how easy it is to do an audit and to compile this impressive report. I absolutely love this app and cannot do without it.

UPDATE - Everything is working great since the latest update. I have my business checklists back! I didn't realize how dependent I was on this app until it was gone. Nor did I realize what a bargain it is too. Other apps like this cost between $10-$70/month to do what this one does. I forget how much it costs, but whatever it is, it's worth it and much, much more. Also, while I was having my issues, I was in contact with the developers, who were nice and as helpful as possible. -------------------------------------------- I've been using (and relying on) this program for well over a year and it's been great for generating and using custom checklists. I would have given the previous version 6 out of 5 stars. However, since the last update, the app has become almost unusable. It stalls on tasks that were routine in previous versions and makes going through the checklists take twice as long, which kills my efficiency. In hopes of making the app run better, I've been deleting old checklists (which I probably should've been doing regularly, since the app was consuming over 11gb of storage), but that hasn't helped either. My hope is that the next version resolves the stalling issue. And while they're at it, please make it easier to delete old checklists.

Working with the app now. Looks like it has most of what I need. Wish you could annotate the pictures similar to their other app. Creating templates are easy but I do wish there was a sample database of some.

This App was exactly what I was looking for!

I operate restaurants, & was looking for an app that would let me get rid of the pen and paper inspection form. I was able to copy my old inspection (one item at a time), and paste it directly into this app. Now I can make notes, take pictures, and assign responsibility all in one place. Then I can email the finished inspection form in a PDF format. This is a huge time saver. The app does occasionally freeze up, but I am able to go right back to where I was. Well worth $15.

What a great app!

This app is great! At my jobsite we use four pieces of paper every week for our safety walk. With this app it allows me to go out with my iPad (paper free) and do a safety inspection walk. GREAT APP!

Once you get to use it a little while and make it your own it works great. Love the fact I can save to Dropbox to save all my reports.

Our HOA community uses this tool to perform routine inspection audits for more than 500 individual properties. It allows us to keep track of, and report, violations to our covenants, our rules and our regulations.

This has made me look great to my bosses. Looks great and professional. Only change I would make is to be able to assign more than one person to a project.

This is an excellent app. I use it all the time and have had no problem with it. They even have the ability to create an inspection template online making it that much easier to create an in depth inspection. If you do inspections on a regular basis you should seriously consider this app to help you perform the inspection and create a professional report where you can include pictures and if your device has a GPS on it even the map location of the inspection. I use it on my iPAD.

Once you have the Inspector app set up, you will find that doing your inspections is a breeze and that you don't leave anything off. You have the ability to easily include necessary photos and other comments. I also found that I could easily layout my inspection track by arranging the order in which areas are checked.

I work with a government agency and I use this app on a daily basis. The only disadvantage for this app is being able to organize the inspections. Needs a folders option.

I am not in the building inspection business but conduct many audits for rental equipment locations from operations, to service and administration. This app is very user friendly and east to customize for my needs. The ability to export the final report to a PDF doc and email is wonderful. I saved 45 minutes on first audit with the ease operation from my IPad, this is huge for me. Great app and well worth the $15.00.

Great tool! I had some questions, and they were answered quickly and accurately. I have my templates set up and have made several test runs for an important upcoming inspection. Ready to go to work!

I am creating a template to receive and setup bad boy lawn mowers. As an old IT Tester, I finally found a tool that is familiar and totally customizable. This took looks to be A++! Will reevaluate later.

After a little time I had created a report that is to the point and professional looking.

Drops you test on templates

Not good. When creating your own template, it drops you progress so you have to keep re-entering the Test data.

A good inspection program but I would like to see a bit more features like type on photos, ability to change the default labels, size of photos on reports, change labels like "test action" , also completed action does not calculate, y Locks up on large photos.

We are implementing this app with our company. I use it for safety and SWPPP. On the fly, emailed from the field. Nice. There may be a few lock ups while setting up a template, but a fine app it is. Looks great too. Saves me lots of time while creating a real time report.