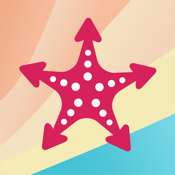 Customer Reviews of the Recrop App

First I was disappointed because I was use to the old version, then it got better, now that I use it a lot, I ❤️❤️❤️it! Thanks for the update! I love it now that I learned how to use it! Thanks!

I’m so excited that this app has been brought back from the dead! I hunted high and low for something with similar capabilities for years now! Maybe there is/was something else but I never found it and I’ve been missing this app since iOS 10 or whatever it was that broke it here.

I’m so glad to see this app back from the 32 bit graveyard! Along with it’s new 64 bit code and new name, was previously called “Anticrop” and now named a more app functionally descriptive “Recrop”, a valuable and unique tool has been restored to my picture editing tool box. Like all picture editing tools utilized in trying to achieve the perfect photo image, there’s a proper and improper way of using it. The developer has wisely included examples within the app on how best it can be used. Hopefully this will avoid the negative reviews that the previous versions received, which in my opinion and others, were the result of expecting the app to do things that it and it’s algorithm weren’t designed to do! Finally, in a time when you can find easily six to a dozen apps on ever conceivable thing you can imagine! This is the only app, that I’ve been able to find in the App Store, that allows you to edit your photo images in this quick, easy and unique manner! That alone make’s it a must have for you picture editing tool box of apps! There are other apps where you could achieve similar results through different processes but they’re much more expensive and involve a great deal more time and effort to achieve the same result that this app produces almost instantaneously!

If you have an ounce of brains, you can get very good results, and in VERY little time. If you are expecting magically perfect results without any discernment on your part, you will probably be disappointed. I am a pro photographer and a successful painter/illustrator. I have very high standards, and I've gotten some excellent, seamless results using anticrop. As often as not, I haven't needed to finish in more advanced (and expensive) software. It saves a TON of time and effort when compared to something like Photoshop, and for the price there is nothing else that even comes close to what this app does effortlessly. OF COURSE there are some photos that do not anticrop well, but come on – it costs 99¢!

This needs to be fix

THIS WAS ONE OF MY FAVORITE PHOTO EDITING APPS NOW I CANT USE IT BECAUSE IT NEEDS UPDATING TO WORK WITH iOS 11. PLEEEAAASE UPDATE IT!😭

This was one of my favorite apps, but now is blocked from usage with iOS 11. Please submit an update!