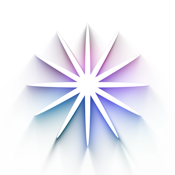 Simple to use and high quality results!

I gotta say, for an app with in app purchases, we sure get a lot of great filters and effects. And once I figured out how to get to the undo function, which really isn't an undo, but actually works better. It's like a control room for the effects. Everything is laid out under one of the icons, though a bit labyrinthine to get thru. Just press all the buttons, and the control room will appear. Other than the challenge with figuring it out, I really enjoy the app. I always stop by it on my way towards a final edit of one of my photos. Cheers to a great app!

Unlike Alien Sky or Circular, this app has actually useful lightening effects that I wasn't expecting. I like how you can customize each effect as well. Very nice.

I got this app in the Complete Effects bundle. I paid around $12 for the bundle which has 8 different apps in it... very happy with these! Great effects, easy to use, I have had no bug issues at all, intuitive interface... I did not even get prompted to do a review... just had to tell somebody how much I appreciate these apps! Alien sky is a fav. If I could add one thing... this app has an effect called “light saber” I would love to see the same luminous effect as a circle. Great apps.

Must have a kink in the update won't load on any of my devices, ugh!!! Deleted it and tried to re-install, didn't work either, frustrating!

This is one of the apps that is a definite must have if you are into mobile editing !!! Or if you just want to add a little realistic touch of flare to your photo! Kudos to Brainfever Apps for having such an amazing app line 👍🏻👍🏻👍🏻

I’ve had this app for several years and use it to enhance my sunlit late day beach photos or any photos that can use a burst or flare. I have also used this for night time photos that have artificial lighting. 💡 I can make them look like I used a light burst filter. Makes spectacular looking photos. ⭐️⭐️⭐️⭐️⭐️ 👍🏻

Easy to use. Just wish have more choices.

Another great filter by this dev. I have been happy with all three I have and this is no exception. I just wish they came in all in one app.

Your APPS are my FAVORITE!

Please do an update on this app. Thank you

Please update this app. I really like it, but it is overdue.

Simple to use with quality results, this app, in fact, all BrainFeverMedia apps make turning your photographs into works of art a breeze. It's even fun to start with just a black image and start putting stuff on it to create cool scenes. In fact I would say these apps stand on their own so well that you won't need other effects apps. This app does mostly lens flares, dust on the lens, scratches on the lens and that kind of thing, and it does it extremely well. I recommend this app and all BrainFeverMedia applications.

This is the one I've been searching for! It has amazing effects and they are flawless! Makes my pictures one of a kind. Love it!

It crashes other apps

I use this app to enhance home designs on an app. When I try to upload the enhanced design to my design app, it crashes it. Money wasted

This developer puts out the best editing apps on the AppStore. Period!

Installed os 12.3.1 this morning and now I can’t use any photos from my camera roll. Hope this can be fixed soon.

Each time I've gone to use this app, by passing the rating plea has been over whelmed by the simple fact that the attraction of the app's functions were more needful than I felt I had time to review. This app is so important to my work in photo processing that I've delayed almost a year in reviewing. I review now because I'm setting aside time just to consider the app.

Cannot add/import/take any photos?? What the...!?

I have used this app on and off since it first was released and have liked the results. Since the latest update though I can no longer use the app. Every time I try to open any image the app stalls then crashes. I wasn't planning on writing a negative review but after visiting the developers website and finding that there isn't a contact link or support link my only thing to do was to post here. Hopefully the developers will see this and remedy both situations.

Great, with just a few issues

This app is great, good selection of effects, and the ability to mask out portions of the effect is fantastic forward thinking. However, at high zoom levels the masking editor creates a pixelated effect that no matter how hard I try I can't remove. Once that is fixed, this goes right back up to five stars.

It really is great

I used some other alien sky apps and wasn't sure if I wanted all the apps , I couldn't imagine it would give me such great results...I am really impressed with all of them, including the new sky app. But I never thought this would be my go to out of all their apps...I can use this app for almost any picture. It can produde very high quality graphics that aren't just sci-fi photos, but they also can add drama to landscapes or light coming in from a window.. I cannot explain how great the effects are, and you can add as much as you want with sliders... All of the apps were well made. They didn't hurry up to sell an app..Lens light gives you some realistic lighting as if its peaking through clouds. It lights up in a very 3d way that looks realistic, with a million choices...I have spent so much on apps but with the five of these apps it has left other apps less enticing and it can be chaotic with other apps, but this one you just effortlessly get results you envisioned..this app Im the most surprised cause I go to it more often than I thought....I applaud the work that went into making the effects perfect, and effective.👏🏼👏🏼👏🏼. If you think oh I already have a reflection app, or a little planets app... you haven't seen anything compared to the brain fever series.. refetion you think water and yes they have several water but ice and sct-fi reflective surfaces. Just get the bundle....

This app was so awesome! Something happened in the last update, though. Now when I try to upload a picture it just crashes. Please remedy this. 😬 thanks!

Easy to use; tons of features; I use it all the time

One of my favorite apps!

This app is amazing! I use this on a daily basis and enjoy playing with all of the various effects. You can go crazy and create an entire universe using layer upon layer of tiny individual lens flares, or you can give yourself one great big source of light. Just make sure and you source it from a place where it makes sense and the aesthetic is incredible! Check my IG for proof at jtergo

I used to love using this app until just recently. The app keeps shutting down. Tried to delete and re download but no luck. Please contact me @drewdoggy505 on Instagram. Thank you.

Great app for adding amazing light effects to your photos. The effects look realistic and change according to where you put them on your photo. Looking forward to future updates and features! However, this app removes metadata from images upon saving them. Disappointing. If metadata retention was added, then this app would be perfect!

Will make your photos sparkle

Great collection of effects for dramatic or subtle enhancement. I use it often.

The app has great set of tools but no tutorials on how they function or how to use them. There’s just a pic of a finished photo

This application is the best by far in its class.

I don’t understand the high ratings

I do not understand the high ratings it needs much more plain star effects. There are too many star effects with beams attachment to them that interfere with the photo subject . I wanted to use this app in a professional settings for a kid of just for goofing around I guess it would be ok I seen better and used better.

I had found free apps that do the same job! But it does mostly what it says it will! No mishaps and easy to use.

Can’t get this bundle to air drop from my phone to iPad. I don’t want to purchase twice and have been trouble shooting since yesterday no joy. Clicked support and was just taken to a website to purchase more product:/ Update; Thanks for your response! Usually they automatically d/l to all my devices, but this is the first bundle I’ve ever bought. I finally figured it out. If this happens to anyone else, thought I’d mention that you can download onto a different device by going to app UPDATES. Viewing the purchased app bundle from the main page leaves no option for download. Beautiful app, looking forward to additions and updates.

Power features and well designed interface make this app a winner. Adding an effect is easy. Ability to have multiple layers is another big plus.

Love this for ALL MY COSMIC EXPRESSIONS !!!!!!!

I cannot se option - download this to my iPad:( Any help how to do this???

Because On iPad is only option BUY (for same ID and I am not happy pay 2times for this App!!!! Why ??? App itself is ok - but this issue is frustrating...