By The McClatchy Company 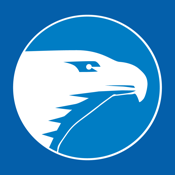 Customer Reviews of the The Wichita Eagle News App

The new app works, however the UI is a bit chaotic. The previous version was better and allowed an e-version of the printed paper (highly desirable).

Too long of commercials make them 10 seconds and I’ll come back.

I enjoy reading all of Hayden Barber’s columns. His writing is spot on, and a lot of fun to read.

Who's That Girl 1300's Review of The Wichita Eagle News

This used to be a nice app. Now, click on any story and you are directed to create a paid account to read the articles. I spend the majority of time on my phone reading the news through apps. I do not go to the Wichita Eagle website. A quick look at things happening in Wichita through the app was nice way to keep up with the city. However, I will not be forced to pay for articles/apps and I have deleted this one.

Don’t forget where you came from

I love being able to keep track of home while I am away. The Eagle app is easier to read than the print edition and has extras!

This app has so much going on with it trying to gets the ads in front of you that it frequently crashes. It crashes so much that it is not a convenient way to view the the Wichita Eagle.

Go back to the old app. This one is terrible. I won't be using it.

This version doesn't allow you to read like a real newspaper like the old one did. Navigation is terrible. Would like to see it revamped back to a newspaper format.

The laziest one's Review of The Wichita Eagle News

Seriously ads and now I have to sign up online get bent eagle.

Hard to maneuver through. Very cluttered with repeated ads. Cannot find the comics or crossword puzzles. Doesn’t let you see previous editions. Some of the reasons I don’t use app very often!

Problems with pop up ad for Sicario movie

Your app has issues. About a week ago, every time I open it , I get a pop up for a ad of a movie and it won’t let you close it out. Just repeating over and over. I don’t even have to click on an article and within 10 seconds, the pop up ad that won’t go away shows up

BL in KS's Review of The Wichita Eagle News

New version (8/19) is a step backward. Fewer top stories on home page; ugly serif font & too much white space in stories; can't see if there are comments unless you click "join the conversation" clear at the bottom of the story. Please revert your "styling improvements" to last version.

This app is extremely unstable. When trying to read the paper all of a sudden it won't move around the page and the top of the page is cut off. While trying to work with that all of a sudden the app quits and you have to start all over again, load it, load the paper, get rid of ads, set up your view and then try to find the page you were on. Of course unless you cancel the paper you have no alternative because the paper is a monopoly with no competition!

What happened to Sedgwick County's most wanted? Otherwise, this is the first news source I read every morning. Thank you.

Another McClatchy news sight with a leftist editorial board and columnists. What happened to giving space to both sides of the argument?

I pay for my subscription but still have too look at stupid adds while I'm reading a site that is already cluttered with with non-news items. The site is very hard to navigate and find what your looking for. The articles also cannot be enlarged to offer better reading. Very poor site.

I live in Kansas City now and still take the Eagle. And I take the KC Star. But the news coverage in the Eagle is better.

OTR driver. It keeps me up to date with good coverage.

Bring back the old one

Large picture wastes too much screen space, causing too much scrolling. Old app was much better.

Election night and the ap is not working. The hard-working reporters have nowhere to display their stories, etc.

Content and interface is good. One glaring missing feature: search. Assume this wasn't deemed necessary as articles don't go past a few days so pointless to attempt to show anyone something you read days earlier. Sports section includes college and pro only. High school sports are nowhere to be found. They pawn that content out to the equally poor varsitykansas app. Same issue with only current content.

Every single time I read the paper on this app it crashes. Multiple times. Fix it!!

Come on! Why can’t the news articles be fresh and new? Same old news stories day after day! Pretty sorry for a a city the size of Wichita!

I hate the pop ups when you're trying to search for something. The actual print paper and this app are soon to be history at this house. The Eagle is way too expensive for what I get out of it.

Just a list of headlines text, and now sports stories are at the top. Time to delete and move on.

Most unfriendly site ever. About ready to cancel my subscription.

Way to expensive for your subscription.

Half the time I can read the stories and the other half it wants me to sign in and apparently pay. Also very random. Will not pay and will delete app and doesn't a Wichita tv station that doesn't charge instead

Too many pop up ads

Yeah, you need the ad money. But when the ads pop up and obscure the entire page it makes me want to dump your app. What's worse is some ads are very hard to get around.

This has been a terrible app since I started using it. Lots and lots of ads. Kludgy navigation. Recently it was down for half a day and today it is crashing! Technical support is basically worthless.

Forced to watch full page ads that you can't get away from. The usual story. Ads are acceptable in a free app but full page malicious ads that try and trick you into viewing a mobile game when you try to close it is just wrong.

5 stars to a great news organization.

Great job of making the app worthless. After the update I cannot open anything. I'm used to hiccups with this app, but now... worthless!

This app does not work on my iPhone 3GS. They Wichita Eagle expects everyone you update their phones.

Not a huge number of articles on the app, but it's nice to keep up with local and political news.

I have no problem with this app. Works well with ip4s. Like the update.

Jerry b 1591's Review of The Wichita Eagle News

Go back to old app. I can't find stories in this app

News at my fingertips

Love this app. It's easy to maneuver in. I love having my hometown news at my fingertips, ready to read whenever I want it.

Can’t get back to newspaper view

I will be reading in traditional newspaper view, accidentally touch something that takes me to more of a mobile view, and then nothing I do gets me back to newspaper view. The small newspaper icon does not work when this happens. It is infuriating!

The 30 seconds video advisement are unbearable. I worked in marketing and branding for 8 years so I do understand the importance of ad revenue, but the ads are just too often and too long. I suggest 10-15 second ads for each video or like many major media outlets, a 20-30 second ad appears after every 3 consecutive videos watched. It would require the backend of your app to be tweaked a bit, but I think it's worth it! what good are advertisements if the video leaves within the first few seconds of noticing they will have to wait for a 30 second ad to play before seeing a video that is less informative than the article. Its literally faster to read the article than to wait for the ad to finish. And if there is any kind of connection issues the ad will start over again. The same ad is played often. It's enraging! Especially when people are now used to instant results. People, including myself know within the first few sentences if we want to commit or not. I love the Eagle, It would be nice to enjoy the video features as well. With that said, I really love the layout and functionality of the app; simple Maneuvering between categories.

Let it go, sing your own song's Review of The Wichita Eagle News

The Wichita Eagle offers a great array of news, especially local news from around the city. It's always good to see Wichitans running 5Ks for good causes, worshiping and celebrating around the holidays, looking out for each other. The Eagle does an outstanding job reporting on the good things happening in the Air Capitol.