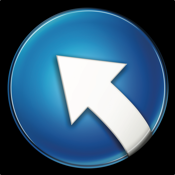 The worse system you can purchased!

Do Not Visit Oz Without It!

I recently returned to the States from a couple of weeks Down Under, and MetroView made a huge difference. Its accurate, clear audio direction made navigating Sydney's busy streets a relative breeze, leaving me more time to cope with my never-driven-on-the-left handicap. The map motion, lane guidance, speed zone and camera warnings as I travelled south through the Snowies were all timely and flawless. Late one evening, I attempted to follow a paper map on what should have been a short, simple trip, and became hopelessly lost. After Sheila (as the pleasant female voice came to be known) rescued me and I was comfortably settled at my destination, I reviewed the side streets and roundabouts she led me through and was reassured to find she clearly found the best route. The lack of local POI storage, even with data disabled due to int'l roaming, was scarcely an issue as I tended to plan and schedule in the evening when wifi was convenient. Dollar for dollar, MetroView Australia is clearly among my most useful App Store purchases.

There was a small (but vital to me) mistake in a local map image. I reported this to the Dev Team, who promised a fix with the next update. That arrived today along with my map fixed. What great service for an inexpensive option in this category.

Still a great app, gets better with each release. Have used more expensive programs, used dedicated gps. This is still my favorite. Can't find it, use the google integration.

I bought this app for a 2 week visit from the USA thinking that the $20 price was small compared to the cost of my trip and the full map download would be useful since I didn't want to use the 3G in Australia and felt that we would be away from WiFi spots most of the time. Voice guidance is very good and it was easy to enter saved destinations even before leaving for the trip. Two weaknesses are: 1) a route finder that occasionally made some poor choices (a problem that plagues all GPS navigation devices) and 2) Large scale maps lack practically all detail (Street-level maps are good, however). Otherwise, this app worked very well and is worth the (now reduced) cost.