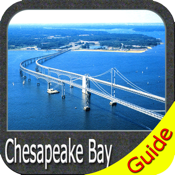 Waste of time and money

I purchased this app only because the Navionics app wasn't ready for the iPhone 4 yet. This app was completely useless for me, as there is no data east of a north/south line that passes through Tangier and Smith Islands, meaning that most of the eastern shore and a large portion of the navigable waters of the bay are blank in this app. Even in areas were there is data, the balance between zoom level and the amount of data displayed is poor. Zoom out enough to see your entire route, and no depth information (not even color gradients) or major channel markers are displayed, and at a moderate zoom level, the depth numbers are so dense that they overlap and are unreadable. The density of information varies for different sections of the map, so one area of the screen may have few depths shown at the same time that another area of the screen is black with overlapping numbers. You can pinpoint your destination, but there is no way to actually plot a course that I could find. The ability to tap on a symbol and get detailed info is nice, and the land map and satellite overlay seem to work.

I bought a map of the Chesapeake bay and expected it would cover the entire bay but it does not show most of the eastern shore of VA.

I try it when a company comes out with a great product. Not only was I able to find my exact GPS location but the distances were also accurate and the app was easy to use and inexpensive. App is all around a great product for iPhone.

This app is the best one on store for navigation.

This is an exciting marine map for the iphone. Unfortunately for now it doesn’t work all that well. You can navigate around a bit, and may be finding something but for the most part it just crashes all the time. I’m not too worried though because I fully expect developer to fix these issues at the earliest. I’m just impressed that they made this at all. Good job so far. Can’t wait for the future updates.

This is the BEST Map out there. Awesome!!