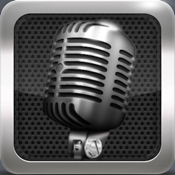 I like the app but dude I can't save anything to my phone? Kind of disappointing after finishing the track. I wanted to combine it with another app to add in some beats. Not happening, I still like the app though thanks

The app says it requires access to the iPhone microphone but it doesn’t request it so there is no way to give it.

I need this to be Bluetooth compatible, but it isn't. I am happy cost was minimal......

I paid for this and it features iAds. This is not a free app. Please remove. Very annoying!

My reason to use this app is to memorize a third language but I can't do that when my recordings can't b saved.

I can't save anything for more than a few hours it seems. I come back to it and it's gone. I record my stand up on it and loop it to remember it then later it's gone and have to reread it into the app again. ANNOYING! Would easily be a 4-5 star app if that changed.

Was using it to memorize a speech and it was fine and incredibly helpful hearing the repetition, but now it won't even open and my speech is tomorrow...

In desperate need of export/save option

Love the app. In my first encounter I didn't see any iAds, so maybe that has been cleared up since past reviews. I thoroughly enjoyed playing around with this app to make loops on-the-fly from sounds around my house. But when I look for a way to export or save my loops I find that they are basically held prisoner inside the app. Add the ability to save and it would notch this app up to a solid four and a half stars. Please keep updates coming.

Used it for about 5 minutes and now it will not open at all. This is ridiculous. How do we fix this?

This app keeps crashing and now it's not opening

Want to rate higher BUT

Why would there not be a function to play each recorded track one after another? I'm trying to use this for studying a mass amount of terms so I recorded each separately and thought I could select terms and "merge" them together to play one after another but instead it stacks all the tracks on top of each other and sounds like insane chattering. I thought maybe there would be a function to just hit play and the tracks would loop through like listing to a CD over and over. I don't want to go through and record 45 terms on one track because let's face it, I make mistakes when speaking. Please fix this and I would love to give 5 stars!

This app needs a way to export to iTunes. Seems that you can only email to someone who has the app. Being creative is for sharing and this app is very limited. A lot of people I'd like to share with do not use email much. Being able to text as a voice memo of being able to import to iTunes would be nice. Otherwise it's a very elementary level app that could be amazing with additions such as better share options, individual track level and EQ, and maybe even video too!

Crashes every 5 seconds and doesn't save recordings. Needs update IMMEDIATELY!!

Should be able to save it!

Could be a cool app but you cant save it, change the app and id say its a four

I bought the app, used it once, and now it won't open at all!

Really cool idea. I've been playing around with it all day. Perfect for looping small sounds and making little beats.

It needs to be Bluetooth-friendly and there needs to be a way to play the tracks back-to-back.

Just what I needed

The loop function is perfect for memorizing. My only recommendation is that the audio should stay on in other non-audio apps or *especially* when the phone is asleep. That's needed to prevent accidentally bumping a button.

Works exactly as they sold. No complaints, just feedback. If the app would play over the phone locking until the 99 time, then stop. This would be helpful. Thanks!

Found even Youtubes of rain/thunder/nature (to cover snoring mate) had clearly audible, repeated loop points, even "10 hour continuous" labeled ones. Made my own during a nighttime thunder storm; worked perfectly with no distracting audible loop point... beginners luck, (since attempts later showed that if ambient rain sound increases during sample or decreases, looping will be heard.) however, as others noted: after loading several tracks, if I added any more tracks of other sounds or other projects, it merged them ALL; couldn't choose just the ones I wanted, except for playback - which playback doesn't work on Bluetooth headsets, only wired headphones. Weird! Also, yes, a slider on each selected track for individual level control would be cool... to fill in quiet spots with more THUNDER but not overpower quieter tracks...AND, why is email-able sample so short? Still, got a great track of rain / thunder from different locations outside that meshed perfectly - if i could get several hours to email, I'd be rich loading it up to YouTube !

The app crashes and now it won't even open up. I know it's nothing in today's economy, but I ACTUALLY want my dollar back.

It needs to, at least, be able to save recordings and to save settings when it closes. I'd give more stars if it could do those things.

All this app needs is an option to have a one measure count-in with the metronome. Without this it's virtually useless. If they update it with this option I will change the review to 5 stars and tell my friends about it. Again, this be amazingly beneficial with just this one simple addition!

Wish you can name the tracks

It's good but I wish two things. 1 that it didn't shut off when the phone does and 2 that you can name the tracks because if you must record numerous things at in one hour/day/etc it's very cumbersome to find which is which

Was cool but now won't even open up

I love the sound clarity and the loop feature that allows the recording to play over and over again. Great for daily affirmations and memorization!

tried it for overlapping beat boxing. cool concept. too bad i cant edit the sound clip length and record while selected tracks are playing for a more accurate multi track. still dope tho

I like there is an earpiece option, but could it be blue tooth compatible? It doesn’t play through the blue tooth earpiece...

I use this App for broadcasting community messages as part of my neighborhood watch organization and my parish and it it invaluable to me due to its ease of use and ability to loop. The only features I would add is the ability to use voice content recorded outside of the program and also to allow to export the content to others. Great work... Wish the Best..

Started off really nice! Was using it to memorize for an auditon. Then after a few times using it, it NEVER worked again. Can't even use an app I payed for?!? Just kept crashing. Such B.S! Such potential.. *sigh*

I got this app so I could study by breaking a 34 minute memo into different sections and then loop them. Lo and behold, when I tried to create one large memo, it put all of my memos on top of each other. Not worth the $.99.

I want my dollar back

I can’t trim my track? Voice memo is more useful than this app....

Cool little app. Would be sweet if there could be a one or two measure count in before recording.

I tired to share the audio but failed to do so. Every time it shows that it preparing but then nothing happens.

it will crash and you can never use it, so it's not very effective. I would barely give the app a star

I was trying to remember something and looking for an app that would play a voice memo on repeat. This wasn't what I needed, but as close as I could get. Only plays while the app is open and shuts off when the phone goes to sleep. Wish it would continue playing in the background and in sleep mode. I'm sure it works great for it's intended purpose, just not quite what I was looking for.

Please make this app where the recording play on Bluetooth speaker. Many need this but don't put the time to bring it up.

This is a great app. I think a simple but great addition would be to add a way to save the loops as one track to the iPhone. Great app.

Yes, it does have loop back but won't play in wireless headset. Also, as someone else mentioned once you phone goes into sleep mode the application shuts down as well. I guess you get what you pay for considering it's only .99.

Cool app. Wish it would play over my stereo Bluetooth headset

Would not work. Don’t buy it.