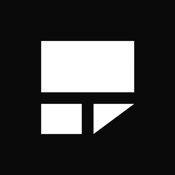 Customer Reviews of the Touchviz App

I have messed around with a lot of live video performance effects apps. This one is by far the best one to work with in regards to features and integration with music apps like audiobus. But even more important, thanks to the developer for responding to my original review. Originally I gave a poor star rating because there seemed to be no 1080p. The developer alerted me to the fact that 1080p can be added in custom settings but no higher. A future update expands this. Yes! So, if you are trying to record a 1080p you have to add it in custom settings as stated in the developers response. It works, full 1080p. Total clarity! Awesome! So if you are a VJ looking for a quality VJ application for iPad Pro, this is it! BTW, I recommend buying this app in the pack that includes OCS Touch. You’re going to want that with this app. 5 stars!

Disappointing app. Can't do much with it. There is no support to help understand how to save or create other effects. Over priced. Shouldn't be more than$1.99. Would not suggest others purchase it.

Best VJ App so far for iPad. All of these Apps lag on HD material, 720 or 1080. Choose 640x360 for 16:9 aspect, smooth, lag free mixing. This App actually HAS FX on each of the two A & B channels, AND the Master!!! Yes, 3x FX. 17 types of FX in all: blur, invert, mirror, dots, kaleidoscope, color, radial blur, posterize, pixelate, wave light tunnel, adjustments, sharpen, edge, television, swirl, & shuffle. Although it does not have layer mixing modes, with 50% opacity on center, there is a Mix, Level, & Color adjustment on the Master out, in addition to the FX adjustments makes up for it. The ONLY complaint I have, besides the lack of layer mixing modes is that there is no back and fourth (forward & reverse) playback of clips. Which can be solved by mixing down your animations / video clips with and external video editor with the fwd & rev loop in the clip for seamless playback.

Devs, PLEASE consider adding the following. This is a fun app at the moment but could become a huge musical performance tool if it had some ability to sync effects with music. Or, please tell me if I’m just unable to find these features. Manual field entry (especially for strobing and the like) Inverse strobe/Strobe color choices (really needs black! Strobing the image would be key) Ableton Link compatibility, or something similar Sync effect speeds to a BPM value MIDI clock sync

DO NOT BUY COLORCODE VJ! BUY THIS APP!

Turns your iPad into a video sampler!

I cannot speak enough for how useful this app is. It has secured life for my ipad2 and is indispensable in my video performance setup. Works great with AV out. I would love to have a way to sequence clips by tap tempo o clips just finishing and going to the next, but as it is this is the most useful and feature packed VJ app for iOS!

Great app! Having an issue importing movies though

Can't seem to import any new media.... The app has an add a clip to a slot function, but I see no media available in the library tab or camera tab.... Only thing available is the documents, which just has the preloaded demo files....a little help? I have a few videos in the camera roll and some itunes music videos, but nothing shows up..... Running on an iPad2 with iOS 5.1.1

This is an amazing app, I used it frequently on live events but it kept crashing when using it constantly and had to stop using it. Please fix it 'cause this app is gold.

pretty good start..I haven't tried the midi yet but video out works nicely. any chance we could get the ability to record from the camera, or master mix....even if just for a few seconds? record from the camera might be the easiest way to "import"... for now I am enjoying mixing in video feedback (slightly) via pointing the camera at my projector projecting the video out :)

I really liked this app but now when I try to load videos from my library it crashes on my iPad Pro. Does not happen on my iPad Air 2. Have written to the developer but no response yet which is strange because most of these people get back to me in a day....except the dude with Crudebytes that ignores my email. Will update this review when it gets worked out. In any case, Takete blows this away. 091916 Updated this morning, still crashing on iPad Pro. Gonna cost another ★

Update is great. Love the new effects. Still cannot load from my videos. Only loads from Recently Added. That doesn't help for the 300 loops I have saved before the upgrade. Hope you can resolve that. Also, a video scrubber would be awesome. Would love to scratch some loops.

would really like the ability to control the in and out points and scrub the "position" of the clip. even so, highly recommended.

so far so good!

so far impressed with the functionality - just started playing with it. Hexler writes brilliant apps so sure this will only get better with time and feedback. ...in response to GiveGet -- what do you think this is, fastfood??!! This is VJ SOFTWARE for chrissakes. Quit b1tching about a measly $4.99 and be grateful for the updates that are sure to come. Kids these days think everything should be (almost) free and disposable.

Finding this app changed everything for me. I recommend it whenever I can.

i used this for live visuals. it has a lot of depth. wish they would update. a record feature and video scrubbing would make this app unbeatable.

Close but no cigar

I've been waiting for an app to replace modul8 and was very stoked to see this. I will improve my rating once it has bpm/tempo sync n a few other fx that aren't so average/basic.

I've used TouchViZ regularly for a while now and can attest to the fact that it is one of the best pieces of software I've ever used on my iPad. Not only does it deliver every feature promised, but it's a very stable and reliable app that regularly exceeds my expectations. It has become an invaluable and critical part of my video synth set up. I wouldn't hesitate to recommend this app. Worth every penny and then some.

Really cool! I'm gonna try it out at a gig later tonight. The only thing it lacks is a way to scrub through the video position... Once that's added it will definitely get 5 stars!

in the workflow for making nice colors and textures from the everyday to playback with sounds, this app, coupled with Djaypro by algoriddim (for loops and reverse, etc) StopMotionStudio, facegoo and screen recorder, Youdoodle (for drawing, collage process and text) ...you can make pretty much whatever you want to see. oh and you can use live camera input. i do stuff with apps that makes them crash pretty often and this one has been stable for a few years. It's as it should be. next step for me is learning how to trigger vids by playing music, congruent with keyboard midi channels or CC messages or maybe thru apematrix and rozetta suite sequencers?../// also the photos they show here make it seem kind of glitch oriented, which it can be if you want it to be, but it's not the only direction you can move in w this app and the others i mentioned^^ more than worth the price Thank You DEV's <333

I loved version 1.2.4. I had some problems getting the new version sorted, (the media access was denied automatically by something buried in 'settings') but support did eventually get back to me and it works great now. Keep up the good work guys :)

Great for a quick setup

After playing with it for a couple of days, I highly recommend the app. On the iPad3 I have imported larger than recommended files and with smooth playback. I however would love to see a higher output resolution in a future update to support my file sizes 1080p?

Only had it for 3 days and already using it live!

After researching all the vj apps for the iPad, I purchased Touchviz and I am so glad I did! So intuitive that I was able to start performing with it only a few days after buying it. It was so easy to load video clips from my computer to it. The effects are great (specifically mirror and invert). I love the XY touch control of the effects. I love that you can add effects to the master. Gotta agree with Buddha about wishing I could control the way clips loop (a ping pong option would be great). I also agree that some different layering options would be great (chroma key?). These aren't complaints, just ideas! I can not wait to see what happens with this app. LOVE IT!