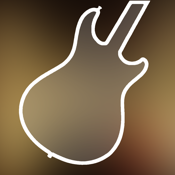 Customer Reviews of the Star Scales Pro For Guitar App

This app has all kinds of scales! There's even a setting to change the tuning of the guitar incase you play in a lower tuning!

One of the best guitar apps

Very convenient app to have when learning scales. I like the fact that it shows you all the patterns for a scale, and lets you save your favorites for quick access. Get this app now, you won't regret it.

Could you update it so it fits the iPad screen, the screen looks really weird on iPad Air 2 😔 I still use this app.

Best of its kind

I can't imagine how any other app could surpass this one in presenting guitar scales.

Great app, does what it's supposed to. I recommend to you, and your mama. Update on review: I still think its a great app, but I wish they made a version for the Mac App Store. A version for my laptop. I've been looking for something like this for my computer and it exists but none are nearly as great as this app. So please make this for the computer as well. Thanks.

It used to be great but the audio only plays the first note. Please fix!

Great app before the supposed update, now it does not open, just crashes.

I have paid once for the app and have it on my iPad and iPhone. I purchased on my iPhone. It is confusing but to add to iPad you need to go to purchased apps screen and select not on iPad. On the next screen you will see the app with the little cloud/down arrow icon. Tap boom installs. Would like a setting to disable screen shutdown while using the app.

Extremely Lame - Better Ones for Free

Saw it advertised on Facebook so I bought it on a whim. Turns out it's one of the few like this which make you buy the same thing for your iPad or your iPhone if you bought it once. Nothing different or particularly well done in presenting scales to you. It's done better in free programs. Save your money, try some of the other programs that don't cheat you for two versions of the same thing and which provide 'lite' versions or are outright free.

Thanks for making the best scale app to date

Messed around with so many scale apps. This is by far the best. Lots of options, great format. I'm deleting all my others

Perfect app for any guitarist trying to learn scales!

This has so far been one of my favorite purchases, stellar app that allows me to learn a huge amount of scales, and improves my playing.

Pretty useful app...but it would be perfect if there was an eight string option.

Thorough and easy to reference

I use this app a lot

It is the best app that I have seen for practicing guitar ear training. --A couple weeks ago I was on a 3 hour flight to LA and I devoted that flight to reading through a book about guitar theory. I was looking at images of the different scales presented in the book and reading about them while I tried to hear what each note of the scales sounded like in my head. It was tough. With the Star Scales app though, in a similar situation, I am able to picture the scales easily on the fret board and also tap the notes to hear what the scale sounds like with each note in succession to one another. For me, that helps me hear the scale succession as if I were playing a guitar solo. I do not read music well and I am a self taught guitar player, so for me it is most important to play guitar from ear. I believe that practicing those scales on your app would easily translate into memorization of scales on a real guitar neck. Which is awesome. The ear training aspect of this app is unmatched. One thing that would be cool to help guitar players understand the sonic characteristics of each scale could be to have a recorded song that exemplifies each guitar scale. So for example, if I were to click on a Dorian minor scale in C, I could hear a recording of somebody playing that scale over a rhythm section in that key. Overall, I think this app is the best tool out there for guitar players who already have a basic understanding of what scales are, and what they are used for. When a guitarist needs to practice their ear training on an airplane or something, your app will help people learn effectively. Thanks for turning me on to it, I will definitely keep using it!

The best app there is for scales

I had the free one then I upgraded to one with more scales. Now they are offering free and made all the killer improvements. This app is great everything I needed. It's all there at your fingertips now and free W O W!!!!!

An encyclopedia of scales

If you play guitar, this app has every scale you've heard of and a hundred more, no matter whether you play right-handed or left. You can choose the number of strings and even low turnings.

I'm enjoying this app it has easy fingering and shows you your root notes in each scale!! Plus you've all the modes!! I wish I would've found this app when I first started learning guitar! Not everyone who says they can teach can and the same goes for guitarist who write books. Some people are in it for the love of how much money they can make off people! As for those who really love music and teaching guitar my hat goes off too you!!! Just so many dishonest individuals out there making learning guitar harder than it really is!! DOG(DEPEND ON GOD) not men!! Good day mate!!!

I don't understand why this isn't the number one music app. I use it all the time and I've never had any problems with it.

Great app tons of scales to practice . Worth every penny

Was a Fan.'s Review of Star Scales Pro For Guitar

By far the best scale app I have seen. Has every scale you could possibly think of. And with interactive note tones, too. Other than my guitar, best money I've spent to improve my soloing.

Thanks this is a great tool, and with the new customization it will be more appealing to the eye for a better happier experience thanks!

Great app for practicing scales. I refer to it all the time. Works flawlessly. It's a keeper.

Been using this since it came out. Now it don't even work waste of money. Better fix this app.

Tired of being asked to reveiw

Love the NFL, hate the DirecTV's Review of Star Scales Pro For Guitar

A great reference app. Well organized and easy to read. The random scale feature is great for practice.

This is a great app...I Recommend it very highly... If you're just starting out, Or a medium player....It helps you with your leads..... And getting you more familiar with the neck.....

Tech support was there when I had a small issue. Very helpful.

Can't believe this. DO NOT UPDATE PPL

Right after I updated this app. It immediately crashes. Fix it please!!!

I am new to guitar and like many other beginners, I know what sounds I want, but don't know my way around the neck. This app acts like a road map for the guitar neck. I wish you didn't have to pay twice for iPhone / iPad, but who cares.

I prefer this app to most stuff on the web. It's thorough and practical. I wish they had a chord app

New update does not operate

It would be nice if it showed the matching guitar chords for the scale.

Great functionality, Update made the apps layout look even better than the previous version. Over all fantastic!

This is an awesome app for learning scales, a must have for any guitarist!

Not enough stars for this app. I bought a book long time ago and it was $35 for the same thing i have here for free!! Very happy with it!!!

This app is great but needs upgrade! There is No Sound on any scale you want to play, the continue playing option doesn't work and it will freeze the app after one loop. App Name: Star Scales Pro App version: 3.6.2 Model: iPhone 6 Plus iOS version: 9.1

A must have for any guitarist.

A music app with no sound. Don't buy. Waste of $. If I could award no stars I would.

Add this to your arsenal of guitar training tools. Feature packed and easy to use.

This is a useful practice tool.