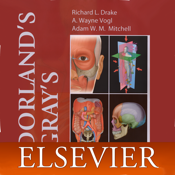 A must have reference tool. As an attorney, there is simply no case in which I don’t use this resource.

The App is great !

Really good but bothersome until I give a reviewe

Has has been a really good product which I’ve have used for several years. Only a few words it didn’t have in the data base. I’m taking a star off simply for it constantly asking for a review of the product. I don’t like give reviews but there isn’t a button to dismiss the review request and that is extremely annoying!! If I wanted to give a review then I would. Actually because they have annoyed me so much I’ll knock it down to two stars take that!!!!

I purchased this medical dictionary in hopes of a quick go to for terminology and I was extremely disappointed with the lack of definitions and terms. I can count how many times I have Searched for a word that this dictionary does not have when an internet medical dictionary website or Wikipedia well work not only faster but actually have the definition you are looking for.

Love this app. Everything you need at your fingertips.

I find almost all of the medical answers that I need on this app-info on drugs, diseases, medical terms. As I age, I am encountering even more need for this app with almost each doctor visit!!!

Always has what I need!

This is the best medical dictionary I've seen so far; although expensive, IMO it is worth it every penny. And thanks for fixing the icon by filling in the bar on the bottom - it looks much better!

Quite helpful but needs to include more medical terms.

Good enough for health care students, but for health care staffs ( RN,RT,PT ST and OT) , not comprehensive. Because there are only 40,000 entries.In fact ,the app is working very well. Now I'm thinking should I buy the full version- Dorland's Illustrated Medical Dic. which it claims that it has 120,000 entries. The app is $49.99 quite expensive, and no reviews, no ratings. But the same developer.

Best and most useful app, by far! I literally check it out everyday!

I've only had it for a short time but seems to be worth the $.

I use it a lot to help study and for help with pronunciations.

So glad it comes in “app” form.

This apps is very helpful and useful for all medical students. Thanks for you

Accurate and comprehensive. Lacks etiologies, a feature that I consider essential. Cannot find Latin or Greek roots of terms.

I have waited quite a while for the Dorland's Medical Dictionary for the iPhone (without be tethered to Skyscape). Well worth the wait. 5 STARS. Great product!

As of May 20, 2015, this is now a fantastic medical dictionary in all aspects. I highly recommend you pay the extra money because it's worth it. But this company is apparently cutting their budget by cutting back on their staff, so if you update it when their next update is offered, you are sure to end up with a garbage dictionary that you never bargained for. I know this because it is the same company from whom I purchased their prior fabulous Webster's New World college dictionary, which used the same exact formatting. I just updated their version in May, 2015, and they turned that dictionary into a similar garbage dictionary that they offer for $4.99 which removed many of their terrific features. So don't let them fool you just because it says it's an update and that there are improvements, because that was a lie they told to induce me and others to update their Webster's New World College dictionary. Just be happy with the version you now have.

A good reference guide to medical words and spelling.

Wonderful app. I use it many times daily.

I purchased this app to answer a specific question several days ago. This morning, when I open multitasking to do some housekeeping, the app refused to be swiped closed, so I opened it, and found a “Five Star Rating” nag screen. The only logical, and appropriate, response to such arrogant software behavior, is a five poo rating‼️ ~RWG PS; While I can’t speak for my British English speaking brethren, elsewhere in the world. North American English speakers expect a “Word of the day” dialog box, to be labeled “Word of the day”. And not; “The word to learn today”! Honestly the dialog boxes for Digital English Dictionary Products, should not read like they were Coded by Someone Who Learned English, Listening to the Narration of Films, Found Under a Hatch, on a Pacific Island!

I have not used this app a lot but can say that almost every time I have looked up something, the definition was there.

Just not comprehensive enough for a primary care provider. For example, here are some basic terms that are not in this dictionary: plantar fasciitis, pseudomembrane colitis, ganglion cyst.