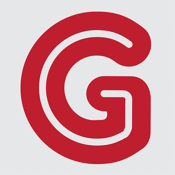 Customer Reviews of the Games World Of Puzzles App

How can a magazine with such a great reputation , put out an app that is 1-difficult to access and 2- produce a non-interactive app. So glad I only wasted money on one month!

As a years-long previous subscriber to Games, I was genuinely excited by the ability to enjoy the magazine in digital and interactive form. Unfortunately, this app is utterly useless and exponentially WORSE than the magazine itself; it is basically screen shots of the physical magazine WITHOUT any interactivity whatsoever, so you're better off buying the physical magazine where at least you'll have the ability to use a pencil when trying to solve the puzzles. The creators of this waste of time and device memory should refund my -- and everyone's -- money. When your readers' user experience is better on paper using a pencil than tapping into the benefits of 21st Century technology, then your app should never have been made. At the very least, you should update the description to include the following disclaimer on which future potential victims should be required to say Yes before being charged: NOTE: THIS APP IS ***NOT*** INTERACTIVE, AND IS MERELY SCREEN SHOTS FROM THE PHYSICAL MAGAZINE. IF YOU WANT TO TRY TO SOLVE THE PUZZLES, THEN DO NOT BUY THIS APP, AND INSTEAD PURCHASE THE PHYSICAL MAGAZINE. DO YOU STILL WANT TO PURCHASE THIS APP?

This really should be a interactive app. Treating it like regular magazine is just lazy. Go buy the newsstand version, until someone wises up.