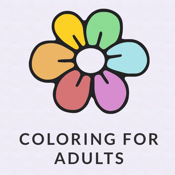 Customer Reviews of the Zen App

Very nice and relaxing. I’m still learning but can see popping open this app, color for a bit to relax and then continuing on with my work.The ‘music’ is anoying so I turned my sound off. I think I’m going to really like this app as time goes by. Good job programmers!

I love the Music and The Pictures!

This was my First Adult Coloring Program. I didnt want to pay for something i might not stick with. The pics are nice and the instructions and lay out are totally easy to navigate. Try it.

I enjoy coloring the artwork, but often the daily mandelas are not updated, the coloring of the week is stuck on 2018, etc. I'm running out of pages. PLEASE add new material!!

How do I get my daily chores done when I can hardly wait to get to my computer and start a new picture? Time flies when I am engrossed in making color choices. My favorite tool is the bucket and tapping. Being new to this wonderful pastime, I lose colors that I am using before I’m finished with a picture. Suppose being 88 has something to do with this problem!!! Thank you for making my days worth getting up for. FUN!

As an adult, I’m enjoying this, particularly the drawings that are more mature and meditational. I admit some of the drawings do have small problems as if the lines that separate certain designs don’t seem to be working and instead of putting 2 different colors in separate areas, one bleeds into the other. I’ve appreciated the updates and improvements they’ve made to the tools and look forward to seeing what the future brings. Generally, each month adds a new set of coloring pages to try out. Some I like better than others. I’ve posted some of the ones I’ve colored on to my Facebook page and friends have liked them. I’d like to see more mandalas, but some of the details in the animal pictures are amazing. It is fun and unlike a physical coloring book, you can erase and start again. Of the coloring books I've seen in the Apple Store, this is the most adult and user friendly - and only $2.99! It updates each month with new coloring pages, and occasional upgrades in functions as well. Admittedly, some coloring pages are less to my taste than others. I tend to use the paint bucket feature, rather than the paint brush, goes a little faster that way.

Guys amazing stuff if you keep giing this up I will buy all your app.

This is a terrible app

I have been enjoying a coloring app on my iPad and sought to find something similar on my mac. Sadly this is not it. The iPad app offers two new pictures every day. This has only five pictures to color. Once they are done, you are left having to purchase more. I have no problem with purchase, but the interface is slow and the designs aren’t that good. Take a pass.

I have several coloring app’s from other apple supported app’s. I also have every instrument to color ing my 100+ coloring book’s. I got the app.’s so I wouldn’t have to haul the manual coloring equipment around because I’m disabled & it can be a trial. I wish I could say I liked this app but unfortunately it is the worst one I have.

My daughter loves this app. She thinks it is great!

I like this app. The drawings are fun and complicated enough for adults to enjoy. The only complaint with the drawings is that some times the lines between shapes do not stop the colors from bleeding into other shapes. This is a minor problem. The only other complaint is that while changing colors is not difficult, I don’t like to have to “create” new colors. A bigger choice of pallets would be great. But these complaints are minor. Considering the limited number of apps available for iMacs, I rate this one as very good. And yes, I will probably purchase additional coloring books in this app.

I love this app its a life saver for stress

This App Is Amazing

This app is amazing. It is well planned, there are some new features that are great, and the coloring pages are good. It only costs $2.99 to buy all of the pages. There are a lot of pages, and it is surprsing that it is so cheap. You should get this app right away. -Captaincanine Awesomeness (YouTube)

Love it but Daily Mandalas break my heart

Many thanks for the wonderful mandalas. I've had a lot of fun & I've learned a lot about color theory using this app. I only want to color mandalas and I spend several hours on one of the beautiful intricate mandalas. Sometimes a Daily Mandala disappears before I'm finished. And I can never go back to change anything. PLEASE let me pay to keep the Daily Mandalas. The texture filters are wonderful & so is the Hide Lines function. Other requests: -Allow users to go backward through the palettes, not just forward. -I'd like to use the mouse less. Are there any keyboard commands? Especially for Undo. -I'd like to undo 20-30 actions, not just 9. -How about a Redo function? -Is there a way to Hide Lines while I'm coloring? I often design a mandala for white lines. -put the Eyedropper function on the main tool bar, not just in Advanced Color Selection. It would save lots of time & clicking. ****My dream feature: an empty palette (always in view) that I can customize with the colors I'm using. I'd like to drag a color from a regular palette onto the custom palette or use the eyedropper to add a color to the custom palette. Much appreciation to you!