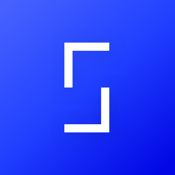 The app is a great idea but I’m just a little frustrated that you have to hold your phone so high but otherwise it’s a GREAT APP!!!!!

This app should know that a paper is a different color than a table because I cant draw with this thing how can I hold something and draw thank you very much. (I can but it’s hard)

I found this and thought it would be great to help learn more about drawing and sketching. Upon opening the app, and realized only a select few things were available for free. After finding something I liked, I attempted to draw it using the AR. The example picture would only be visible when the phone was three feet from the paper. How can you comfortably hold your device that far from the paper and still be able to draw? It was very frustrating for me to try to hold the phone and draw, so I did not get far into the drawing, but the result still wasn’t pretty. I love the idea of the app, I really do, but it needs a lot of work to be down on it before it is really useful.

While it may have a good variety for some people, there are barely any good options for drawing people or any other complicated or semi- complicated drawings. Personally, I wouldn’t download it. Isn’t worth it.

Why do you have to pay for pro I hate it

I downloaded this app because I am a terrible drawer and I was looking for a way to learn. The app works surprisingly well, but has a few issues. The tracking is very finicky. If you do not hold the phone perfectly still and have near perfect the imagine will jitter all over the page. When using the cross feature, if your shadow touches one of the markers it will also make the image warp all over the page. That means you have to draw at odd angles in order to avoid this. I understand that is an issue with my lighting and not the app, but it shouldn’t happen with such a small amount of shadow. The app is still pretty neat, but is not even close to being worth nearly thirty dollars. Subscriptions don’t interest me, because I would much rather own something and pay for it in full. If the price was lowered to ten dollars for the lifetime ownership that would make up for its drawbacks, but I feel that a 28 dollar app should work flawlessly almost all the time.

Such a nice idea guys. I’ve been improving in drawing with you

I am trying to cancel it. On terms of use they say I only need to go to app settings and turn off auto renew. I can’t find this option.