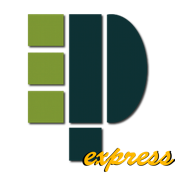 I have asked for a refund. This app is horrible! It spent 2 hours crashing before I discovered I have to save files on the desktop, not my Dropbox. It's a kitchen-design application that in places only accepts full inches as units, not fractions, which is disastrous. It doesn't read its own files, which in 28 years of using a Mac I've never seen before. And now once I get past all that, I find that it only has a few set widths of cabinets, none of which are standard (or what I have). There is no way to draw a doorway without a door. There is no way to draw double doors. It's an insultingly un-Mac-like application -- god knows what it was ported from. And it was $60! I can't use it for the very simple task I have before me -- the paper cutouts I was shifting around on a piece of paper were more useful. This app should be yanked from the store. If it were 99 cents or even 5 bucks, I'd let it go, but for $60 I think I should be allowed to expect an app that works.

DO NOT BUY!!!!! The worst and expensive

It is not user friendly and not flexible enough to even create the fall walls. It is a nightmare to create any design. It takes forever. Something as simple as dropping the cabinet takes forever as it is hard to drag it into position. I would love to get my money back. I could have bought a better program for this kind of money. To top it off, you have to buy add ons to even do the basic. The tool will cost you over 90 USD all in. At the end it is useless. DO NOT BUY!!!!!!!!!

Seems like a good app, however was surprised to find that simple features like moving doors and windows, while in design, are not available with "Express Version". You're still able to correct, but you have to re-draw or re-start wizard. IMO, that function seems like something that should be part of the express version. Disappointing, as you're limited right out of the gate.

This is a very easy to use cabinet design app. However you can't print your layout either in 2D or 3D. It does print out a list of cabinets…but it's hard for the inlaws to see what your going to do based on a list of cabinets needed.

I'm prepping to build a new home and was hoping to use a software tool to design my kitchen. Saw this on special for just $2 and figured I'd give it a try. It was pretty much a waste of my $2. The software's interface is kludgy and non-standard, making the software extremely difficult to figure out and use. Rooms cannot be edited after being drawn in, so once you draw walls, you're stuck with them unless you want to start from scratch in a new file. Options are extremely limited; you must pay extra for additional features. Don't let the description fool you: NO PROFESSIONAL would use this app. I can do better sitting with a consultant at Lowes. Or with a piece of graph paper, a ruler, and a pencil. While some folks might find it worth the $2, I can't see ever paying full price for this and being happy.