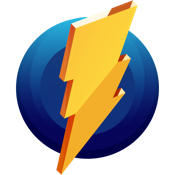 Customer Reviews of the Monosnap App

Was a wonderful little program for a long time, then all of a sudden all of the useful features were yanked from free users and put behind a monthly plan. I get it, devs need to eat, but if you want to sell a Pro subscription, you have to provide a professional product. Fix the memory leak that makes it so I have to restart it after it hits 1GB mem usage every few days, and I'll consider coming back as a paid user.

Something like this should be part of the Mac OS operating system in my humble opinion. As a developer it does so much, is clean, fast and FREE. Job well done, certainly an app I would never want to live without.

Used for years, love the upload to AWS S3 feature so much, however it's recently versions has some memory leak. Hope it will be fixed soon. And I hope there will be a setting for "save to local file and upload", so I can save the file to local and upload to the could sevice with the click of the "upload" button. Thanks for author for this project.

The same highly compressed video quality as Quicktime and it ALSO doesnt record mac audio - only the microphone, just like quicktime. Whats the point?

for some reason my personal Mac Os High Sierra screenshot stopped working or i couldnt figure out where it was saving to so i had to find another solution and i found an article on safari that showed me this app. i like that the menu for where it saves or you want it saved to can always Appear.

so - monosnap 3.5.7 SFTP / FTP were free, which makes sense since its your own servers your gonna use. 3.5.8 the latest says "With Free Plan you can only test connection. Upgrade your plan to enable this service." for SFTP/FTP/ANYTHING. i'd recommend checking out Captured or something else - i'm not paying $100 to take a screenshot and upload it to my OWN servers.

I get that developers gotta eat, but $99 a year for SFTP support is a bit much. Introducing a new pricing model through an automatic update is extremely gross - that's the part I can't forgive.

Enjoyed this software enough to buy the $5 upgrade a few months ago. This is definitely 4.5 start software quality. However, without warning, the price jumps substantially and cripples functionality. All the big companies will send emails announcing upcoming changes, discounts for loyal customers, etc. Monosnap overnight updated with the only changelog entry "bug fixes". I get adjusting pricing model, but this was shady. Had they offered existing customers a discount, or even added value, I'd have probably stuck around. Instead I went to a competing product. This is a great way to lose customers.

Super useful and easy to use

For how many years I've been using this free tool daily, I feel like I owe the people more. It's pretty rock solid and works great. My only complaint would be that it doesn't do selection capture on a workspace if there is already a screen capture open. I've gotten used to that quirk though.

It was an excellent application for many years. And I even bought all extension to keep files on third-party services and used my s3 to keep screenshot. Now developers asking $60/year for this function. $60 per year to keep screenshots on any your storage. This way it becomes more expensive than much other application which provides not only application but storage also. Sad, but google for 'monosnap alternative'.

Went from free to $99 overnight! I'd be sympathetic to $9, but I'm not paying a hundred bucks to use my own services!

I used to be able to upload screenshots to a local file server via SFTP (which, incidentally, requires NO resources from the developer). Now, I can only "test" that my SFTP connection settings work. Not cool! I've worked my around this unnecessary limitation by configuring an "Upload" action in Hazel that detects when a new file is added to a specifc folder and then SFTPs to the right place.

Monosnap has updated their app to be paid only (purchasable via in app purchase) without warning. This is horrible for current users. Terrible business practice.

I've been using Monosnap for several years and just found the recording function.... blew my mind.

I've tried restarting my computer and everything. downloaded other apps to see maybe it was the store's problem. but it's just this app. what's the point in downloading it if it won't even launch.

They recently decided to pull support for third party services unless you pay a monthly subscription or a one time $100 unlock. This is honestly ridiculous. I would be willing to pay to unlock one service (the one I use) for a few bucks (possibly even a few bucks a month) but to change the plan to be at a minimum of $10/month for services I don't really want or use is ridiculous. I had loved using this app as it was the best and fastest screenshot tool that uploaded to S3, but I will unfortunetly have to find something else to use like I'm sure many other users have done.

Simply Won't Open. Can't use it if it won't open. Pretty basic.

"Used" to be a great app

Maybe because Apple now has a very featureful screenshot editor built into macOS...but for whatever reason, Monosnap has gone squarely downhill in the past year. It used to be a wonderful app and the support was great...but no more. I email support for assistance changing my email address associated with my Monosnap account and told it couldn't be done! So I just changed my email address on nearly 150 sites, apps, etc., and Mononsnap can't accommodate? Seriously? In theiri defense, I suppose if Apple, adding their inherent screenshot app, drove them out of business I guess I wouldn't care anymore, either. Regardless, I continued trying to get my email address changed on my Monosnap account and after the last several emails have gone unanswered...I officially give up.

Used to be awesome and free

The app itself is still great. The problem is they started charging for features that have no burden on them that used to be free, namely, SFTP upload. This doesn't impact their servers so there are no ongoing costs to them other then maintenance of the app—to which I would argue they should have added other premium features to support, not strip away existing ones. What a bait and switch.

I can't trust enough to upgrade

This is a business and the point of business is to make money but users need to trust the business. They broke the app overnight with not even a message in the changelog. I'd pay $99 for the upgrade because it's a great service but I just can't trust that they won't change something again in the future.

wow. they straight up lied to me haha

I wanted software that would let me record the screen, as well as system sound. It states that Monosnap can record system sound. Upon further digging, it says “app store apps cant record system sound. But you can with monosnap! simply install soundflower….” God damnit, really? Yea, i know i can do it with soundflower. But i don’t want to. Don’t tell me your software can do something, when it cant haha If you don’t need to record system sound, then this app is fine i guess, but quicktime does the same exact stuff, and is much better, so just use quicktime.

You suddenly have to pay to upload to your own server. Shady developers.

Until today, Monosnap was a five-star app, a must-have for screen capture. Today, however, the authors got greedy, and locked much of the app's functionality behind a very expensive annual subscription. Even if you already bought and paid for the app, you're now forced to pay in order to use any sort of file upload service. And the authors feel that their screen-capture utility, which improves slightly on the built-in screen capture of macOS, is worth what Adobe charges for the full version of Photoshop. It also comes with terms-of-service that let the company collect and use data about you for ads, enforceable through the British Virgin Islands. The terms of service are written in broken English with copious grammatical errors, suggesting that they weren't drafted by a competent attorney. That's worrisome, as it speaks to the professionalism of the developers. Take for instance this portion: "3.3. Administration respects the rights of Users, but We have rights to edition all texts and other materials (next - «Content»/«Materials») which Users able to use and create using Services, including adding Service logo, title, warning messages in case of breach of these Terms." It's not clear what they mean, but it sounds like they want to claim copyright on any screen grabs you take with the software. That's insane. It's a shame. Before this licensing change and cash grab, Monosnap was an A Mac application, worth the cost for added functionality. Now, it's a legal risk not nearly worth the cost.