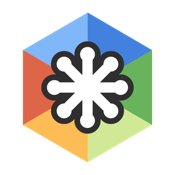 This app is not worth the 4.99 that I paid for it. I cant find anything that it really does. I can do more with inkscapes.

All I need was something to change the colors in an SVG file, this does that perfectly. Perfect for my needs. Thank you.

Very basic to the point of almost not being useful. I have hopes that the developer expands the tool set to make it more useful.

This app works great with svg

Everything is awesome, but I would like little bit control over text. At least when I press Enter it brake line.

Has tons of potential!

I really dig Boxy SVG, finally a decent and affordable native vector editing app for Mac OS. I come from the camp that has always struggled to use inkscape on the Mac due to it’s relience on older technologies adapted from Linux. It’s a decent application, but sometimes buggy or slow. Other vector applications cost quite a bit as well. As a casual user, I don’t require everything Illustrator offers. So, I figured I would search for a free alternative. So far, Boxy SVG has met all of my expectations and has filled the gap between free and paid premium vector solutions. The interface can be a bit challenging to get used to at first if you’re not familiar with the iconography, but I quickly learned what each button represented. So far I have not had any issues, the speed and reliablity of the application has been great. At it’s current price (free) I would not hesitate to suggest Boxy SVG to anyone that is looking for an inkscape alternative.

I have not been able to get an image to export properly no matter what settinsg I choose. It always cuts off the vast majority of th eimage so I’m stuck saving the SVG and converting through other means.

This one works great and I use it all the time. I think what I like best about it is that I knew nothing of SVGs entering into it. I was a pro within a couple of hours of using it and I recommend it to everyone. Hope they update it soon with a few new features!

It definitely has a few quirks/glitches/bugs, but it has some really nice features and was just what I needed to get my SVG images just right.

(Mac Sierra with Magic Mouse, QT5 and Retina 5k). ***UPDATE*** Been using Boxy for quite awhile now, the Bug’s that affected my work are now gone and other improvements Now make this a 5 Star app! Boxy now far exceeds other apps (such as Inkscape, Gimp… others that want to be everything to everyone and fall short of the simple user interface). Excellent User GUI for the simple-minded user (me)! Company responded to my posts/requests.

Boxy SVG is a super tool to have on hand - especially at under $10. Are there more expensive vector tools out there, with more features? YEP, but some are old and out of date, some are bulky and resource hogs, and some require you to sign-up for an online account to save locally on your Mac… Boxy SVG does what it’s designed to do, and it does so extremely well. I’ve used it to create quick logos, design vector shapes to import into 3D printing design tools, and create designs for vinyl cutting. If you are looking for a fast SVG tool, look no further!

Seems to consistently display imported SVGs different than other programs, including transforms being off, objects showing a fill when they shouldnt, and other things being wrong; similar sorts of issues also seem to happen when opening SVG files made by Boxy SVG in other programs. This is quite odd since it is clearly an ELectron based app, so I would expect it to display SVGs the same way Chrome does. It is missing basic functionality other low-end/free programs have like adding drop shadows or blur to lines and such. The only XML editor that I could find in the program (i.e., the “Elements Panel”), which was necassary to get anything done, was also clearly just the Chromium developers tools, so no better than just using a standard browser to edit the SVGs. The interface is nicely straightforward, which makes doing simple things convenient, but it is good for only really doing simple things. Overall, I’ve wasted enough time with Boxys bugs and limitations, so back to the free alternatives (InkScape, Vectr, etc) for me, for now.

I have really enjoyed using this for some minimalistic logo work. It’s all very intuitive and works great. The only problem is that the export functionality does not work. I tinkered with it for a long time but the result is always just a zoomed-in shot of the corner of the logo only. I would definitely be willling to pay for this if there were a paid version that included a working export, because right now I’m getting ready to pay for an app that will convert SVG to PNG.

I had a quick edit to do for a project, and this app really saved the day!

I am not a fancy vector artist. I generate path definitions and that’s about it. Despite that, it’s been frustratingly hard finding an app that will do that. Sure, there’s Illustrator, if you have a wealthy benefactor. And there’s Inkscape, if you like remembering Windows 95. Between them, I really couldn’t get anything accomplished. I hadn’t heard of Boxy SVG before, and it was free, so I gave it a go. Wow! It is beautiful from the get-go. You scoff, but experience matters: Inkscape actively depresses me. After a little bit of guessing what buttons did, I found the two most important panels for me: the SVG definition and the coordinates editor. Editing one panel, through mouse or keyboard, adusted all the others in real time. People familiar with Chrome’s dev tools will feel at home in this app. In the end it took half an hour to outpace a year of suffering. If you’re a graphic artist with 20 years experience, this may not be for you. I honestly don’t know. I may be wrong. All I know is, I have simple needs, and this app is literally the first to nail them.

Boxy SVG is the perfect solution for working with SVGs on the web. The elements tab at the bottom of the view allows you to debug your path coordinates manually, and to extract usable HTML markup. It's lightweight, intuitive, and very nice-looking! I use OMGSVG to clean up my vectors regardless of the software I use to produce them, but with Boxy SVG there's a lot less to clean up and optimize. Highly recommend for developers looking to incorporate SVGs in their designs (and you should).

I’ve been using Boxy SVG for over half a year now. I just make icons for my app: nothing too advanced, but I needed a good editor and it turns out that was pretty hard to find. I tried out a few apps before settling on this one, which in my opinion was significantly better and more user friendly. Normally I don’t leave reviews, but almost every week I see an update to the app that makes it better and better so I wanted to thank the dev for his efforts. You’re doing a great job!

A gift to Mac web developers.

A gift to Mac web developers.  SVGs are an incredibly efficient, good-looking and well-supported web image format. For vector art, they’re simply the superior choice. But web developers often don’t use it because there’s no definitive app focused on making them. Some available options are expensive and meant primarily for other things, and some are free but obscure, unintuitive, or run on non-native platforms. Mac web developers need “the” SVG editor. Boxy SVG isn’t perfect either, but I think it’s the best one so far. I’ve tinkered around with it and managed to export a few simple SVG images relatively quickly. The open availability and minimal-but-capable interface and tool sets place make it feel like a sibling of Adobe’s Brackets, a similar offering for the task of coding. The UI’s organization and behaviour isn’t pick-up-and-play intuitive, and I can’t see non-coding artists falling in love with it at first sight. (Some might who are willing to experiment and learn.) The potential learning curve is bridged by developers with a basic knowledge of SVG’s internal format – how certain operations map to the code they’re actually generating. I thought the most useful part of the UI was the code inspector itself, where those changes were both visible and directly adjustable. But it’s stable, gets the job done, and impressively, it’s free – so it’s got to be regarded gratefully as an offering to a community that needed one. I think the distance is traversible between this and an app which – if it were required – web developers would happily pay for and use for years.

Great app, really saved a lot of time on quick icon edits for my project. Thanks!

This app is well done with a clean interface and powerful editing tools. It crashes once in a while, so make sure to save your work frequently (it doens't save automatically), but is otherwise quite capable.

Thank you, you saved me from Illustrator!

Thank you thank you thank you! My company ConventionForce makes maps, and we need raw, clean, minimal SVG files for the base maps used by our customers. This software gives us EXACTLY what we need. The exports don’t contain any unwanted junk, just the basic SVG shapes. It avoids CSS if it can and removes unwanted messy tags found in Illustrator and other expensive vector drawing apps, giving the exported files a tiny file size with code that’s easy to read. The drawing tools are basic, but do the job. Top of my wish list: A poly line tool that doesn’t have a fill as you draw. Can’t wait to see new features!

I needed a basic SVG editing tool that was more user friendly than Inkscape and not as expensive as the professional designer vector art software on the market. Boxy SVG was perfect for my needs—change some colors, add some text, etc. Thanks for creating such a fantastic tool!

Perferct XML markup! Thank you for update! Best editor! 5 stars for you) Some wishes: - plese, add the checkbox in settings "do not embed the fonts" - when I insert over 20 fonts to the list the editor starts to work slowly - frezes over 10 sec.

This App worked Alright for about an hour..

It started crashing a lot, and the export function stopped working. One suggestion, line breaks with text. I don’t find it all that intuitive. It’s moot at this point, because some of the functionality doesn’t work. I got it to export out SVGs as PDFs, but I can’t even export anymore.

WE USE THIS SOFTWARE EXTENSIVELY IN OUR COMPANY. LOOK FORWARD TO SEEING SOME GREAT NEW FEATURES!