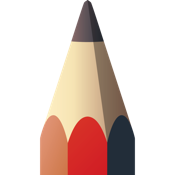 How can I get more brush sets?

A MIND OF ITS OWN!'s Review of Autodesk Sketchbook

At first I thought it was a pretty good app looking are it's cover.....BUT THEN IT CHANGED PLANS AND DICIDED TO HAVE A MIDE OF IT'S OWN!!! At this point it won't evenlet me uninstall! I would give it a zero star if I could! (Sorry for bad spelling and mistakes).

phone app has never let me down so i figured id get it for my mac. its much slower and takes forever to do anything. stick with mobil version

Before you get this app for free

Before you get this app for free: In the App Store, click in the link for product suport and see where it takes you: nowhere. Take a look at their blog and see how helpful it is: not much. It's free, yes; it's a great app, yes, BUT it's sowly "meling away" as updates and support have been dropped by Autodesk for MacOS users. Do you want support? OK, no problem: $85 a year and you are an enterprise user althoug the MacOS remains abandoned even at that price.

I’ve been drawing “profetionally” for 15 years now and I have used so many different programs. Manga/Clip Studio, Paint Tool SAI, and Artrage were my go-to programs for a long time until I got this program a couple years back from their website. I’m super happy it’s fully free now so more people can use it because I cannot use anything else anymore. My paid programs don’t stand up to this. It’s so much more stable than my other programs. I highly rec to both beginners and professionals who just don’t feel like paying tons of money for a computer program.

Good luck with this app. If you’re a serious designer/artist, you be pulling your hair out trying to get it to work through an entire project without lagging, freezing, or not responding. P.O.S. Doesn’t seem the paid version is any better.

Lots of features and haven't needed to pay for anything yet

I don't know if they changed the payment scheme, but it seems most features are free now. For example, I can use plenty of layers and the tools library seems full. The interface is good too. Suggestion for developers: it's a pain not being able to easily transform a selection without switching tools

I’ve had the app for three and a half years now, and have struggled to see any of the bugs pointed out here. However, I haven’t been able to sign up for a subscription to the preminum features, as it wouldn’t allow any requests to process. If you’re not looking to do anything serious, I would reccomend this, but for an actual job in digital media, this would be the last place I would hope to find someone spending their time. A great app for someone who draws more recreationaly, with even some tools akin to that of photoshop that work pretty well. I haven’t noticed any technical bugs.

I loved this app and was really getting the hang of it, but now it wont let me erase or change settings without closing the app and it infuriates me to no end. If they changed it, then i would probably not be writing this review.

downloaded it for a project for school. it let me use it for an all of 5 minutes before it wouldnt let me paint or do anthing. i spent about an hour trouble shooting with no help from support. Ridiculous. Waste of time and money.

On the 7 day trial I loved it but after it tells me to log in so i click the log in button and it does absolutely nothing. I tried making an account online and it didn't link so I went to support and I couldn't find anything helpful

A Long Time Ago Was Great

Back when I purchased this as a standalone app with perpetual license and no subscription, this was a great little app, perfect for tablet & stylus work. Now, with subscriptions? Terrible. Why does Autodesk need to be subscription vampires all the time?

Pretty decent coming from me

It's useful as a painting app, and I like the fact that it doesn't cost anything. The only problem is the fill tool... w h y If I'm down to 35 percent or something to fill in a relatively small space, it fills in the entire painting right along with it. I lower it to 15 and it does the same. Lower it to one and it only fills a tiny speck of the screen. What is wrong with it??? Other than that I like the app. (Although I have been pretty desperate for a free painting app lately. Hopefully this is coming from me and not from my eagerness to paint and upload pics to YouTube.

bad interface confusing and i am good with computers

This app worked so perfectly for the first week, then it stopped working unless I “log in”, but no matter how many times I quit and restart the app, or even re-download the app several times, I’m unable to click the log in button. I’ve contacted customer support and they have not replied. Such a bummer

Wonderful drawing tools, atrocious everything else

This is the most inexplicably weird program I use. The drawing tools? First rate, best in class as far as I'm concerned. There's a brush for every need, all are customizable, the program is responsive, works great on every drawing tablet I've ever used. So on and on. But good lord, everywhere else it's like a different program. Easy fundamentals, like saving a new file, have weird glitches (why do you use my previous file's name as the default file name for a new file?) that have persisted for years. Every time I boot the program up, the interface forgets where I left it, so half the windows/palettes have moved to the main display instead of the external (tablet) display. You can only have one file open at a time. Why? No idea. Micromanaging everything from layers to tool preferences involves this weird drag-to-show-circle-of-icons motion that is so pokey compared to, say, Photoshop. Even reorganizing layer orders is occasionally a crapshoot where the layer I'm trying to move toward the front just decides to go to the back instead. Whenever I need to do anything in the realm of image editing, I just close the program in Sketchbook and open it in another program, because doing it in Sketchbook is a pain 99 percent of the time. The drawing tools keep me subscribing, and the cost of a subscription is reasonable despite what the whiners who don't want to pay for anyone's hard work would have you believe. But boy, I'd really love it if the rest of the program caught up to those tools.

i love this app

Ok im in love with this app, easy to use and it’s free, but for some reason it doesn’t let me adjust the settings on the eraser, i don't know if anyone else has exerienced this, but if there is an update or solution please let me know, because i really do love this app.

One More Artist Giving Money Away To BIG Corp

Count me as yet another Artist who paid for this program and then followed the LINK to download, now I have to sign in to use it and had to create an account…. Delete, delete… DELETE! Was pretty sweet. BUT… 1. Subscriptions are a rip off. I don’t mind paying for my software, but I should be able to use it after I buy it. 2. Too many gotchas in their “Account pricing.” 3, 4 & 5. I HATE SUBSCRIPTION SOFTWARE!

It has predictive stroke!!

i used to use adobe illustrator back then, and one of my faviorite things about it was the fact that it had predictive stroke, and im happy that this app also has that option. it makes drawing so much easier.

Used to be a good sketching tool, and part of my professional toolkit, but the subscription model just kills it. The app seems to have been abandoned by Autodesk in the last 18 months. There are better tools out there.

Incredibly difficult to use...

Needed an app to simply make some adjustments to a floor plan and this app is pure garbage. Good luck figuring out how to use this.

best app on my comp by far!

Used this with a drafting board to create my book, Jeanie Boo & the Childhood Chronicles: Static (it's a series) and it made life soooo much easier. its on my comp and phone, it can can upload hand drawings from a pic, it has layers and PLENTY of options, even made a nice little flipbook for my website! Couldn't be happier with this app. No lagging, hassle, or constant updating, just pure fun! Thanks to the creators for this gem! Looking forward to creating the next 12 books with iit!

I am not a pro animator or artist and i just wanted something for free i could use. Now this works fine for me but it lags SO MUCH when your trying to zoom in or out and i dont understand why, when your actually drawing it draws the lines and everything perfectly fine, but then just trying to zoom in or move positions it freaks out and drops to around 10FPS and its super annoying. Please fix it.