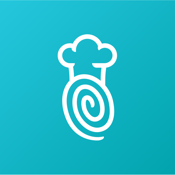 Customer Reviews of the Touchbistro Point Of Sale App

Dora the Explorer forever's Review of Touchbistro Point Of Sale

All of the problems I have had with this system have been fix when I followed tech support recommendations. The only draw back to this system is lots and lots of data input. You have to spend time to make this thing work for you. If you have an extensive menu be ready for lots of data entry.

Easy to use and set-up. Amazing app!

Their pre-sales support is really good and friendly... Until the day you pay and find how bad this app is and they never answer your emails or calls. If your business is a Lemonade stand, its free version is good enough; if you own or work for a real restaurant, run away ! They will tell you about the thousand of paid clients they have... Not true, just a handful... If they give you a list of customers, go see them on a real day and see by yourself that this app breaks all the time, cause kitchen and ordering problems, all causing hundreds of lost hours, lost food in the kitchen, mad customers and of course, thousands of dollars in the trash can. Read more reviews in the app Store, there is another real one from another real paid Restaurant; I wish more real restaurants that paid for the app are not intimidated and write a review. I am not telling you to buy another app instead, just read reviews before they convince you to pay for this...

Touchbistro is an awesome pos solution and it is a pleasure to be using their system. I would recommend this solution to any restaurant of an size.

I am using Touch Bistro for my Cafe. Customer service is perfect. Highly recommend ...

I was looking around for an app that would let me put our restaurant into a digital touch menu, and this app did just that, I have not used the pos part of this app, so my rating is for the menu only which works good and best of all is free. Every other menu app I tried would not let you try making your own menu without contacting someone about pricing first.

The entire thing is easy to understand which is nice and it also is very fast.. So it helps when taking orders. I absolutely love it and it is perfect in it's free mode. However, buying the license might benefit your cafe or restaurant but mine is fine with the free app.

Best POS on the market

I have been using POS systems for over 25 years. We recently upgraded our system to the Touch bistro app and we are in love! This system is clean, easy to use, and has very few, if any at all, bugs. I highly recommend trying it out.

The ability to choose the way you add or look up a customer would be greatly appreciated, currently to add a customer you have to add their name, but you may have multiple Jim's &there is no way to know which Jim you need until u press add & then you realize it's not that particular one, so the ability to add or search for a customer through telephone number is A MUCH NEEDED NECESSITY TO SIMPLIFY THE APP! PLEASE ADD THIS FEATURE VERY SOON

Says the lite version is free forever but after setup tells you have to pay after 15 days. Also only works in vertical view. Why would you put so much work into building an app that doesn't rotate?

Does not support cheap high quality printers. Star only

Unlike Poster or Epos Now, this app only supports inadequately expensive Star printers. Xprinters are 3 times cheaper and high quality

This is the best app out there. Hands down, the creators of this are geniuses. It is so easy to use and does exactly what I need it to. 5 stars. I definitely recommend this app!

This is great program however since the IOS6 update when ever you try to creat a restaurant or edit an existing one and click on the name of the restaurant the app crashes. Otherwise I would have given it 5 stars.

When opening a restaurant last year, I was thrilled to find an iPad solution. However, Touchbistro has cost my restaurant thousands of dollars in staff time and waste to manage printer disasters, server malfunctions, and overall lack of features. This software has so many glitches, it should not be on the market yet, let alone considered a business solution. For example: if you have multiple units, they don't consistently sync. Occasionally they do, but will then over-ride eachother in printing, so randomly a sent order won't actually print in the kitchen, or an order will get sent twice. This is an absolute customer service nightmare!! The team behind it is responsive to our concerns and questions, but have continued to make unmet promises since we purchased it, guaranteeing upgrades that would solve all the massive problems. It has some neat concepts and abilities, but until they work the glitches out, STEER CLEAR.

This app seems to be very useful. It has a lot of nice features. It would be nice to see landscape support though :) also, I wish there was a way to sort the modifiers alphabetically.

And great support. Was easy to configure and learn. Great value.

We use three iPads, synched with the Pro license. It is extremely intuitive and their customer support and development team are very responsive in making any suggested improvements from version to version. New versions are updated every couple months.

Not for quick service restaurants!

I have been using this app in my deli for 6 months. The app itself is easy to use but very limited. The biggest complaint I have is the printing of customer receipts. This system will not allow you to turn off the printer. We serve 400-500 customers a day and now have had to purchase approx $40.00 worth of receipt paper monthly. This is close to an extra $500 yearly just to use this pos system. When asked if this would ever change the rehearsed answer is "our credit card company requires this". After speaking to our cc provider they advised it is TouchBistro that is doing this. My customers do not want a receipt. We throw away bags of paper now. If you don't mind spending an extra $500 yearly for this system, go for it. Signed " Save a Tree"

Wishing for a thing won't make it happen.

I use the Pro version, with 2 synced units. Yes, they do share data but it seems that each successive update introduces new problems into the system. My system is much less stable than it was when I first installed it. Customers in my place, who are Mac fans, love it and will comment on how Apple is conquering the world. I just smile and nod and curse under my breath. Even if the system were rock stable, there are other issues which unless they are resolved will cause me to flee the scene when my licenses expire. 1-You cannot import a menu. 2-You cannot add inventory from the back end. 3-All menu items have to added manually on the iPad. 4-You cannot copy a menu item. If you could, and it took all of its modifiers with it, then you could do minimal edits and viola all done. 5-You cannot edit or add a menu item, add inventory or any other item related tasks while any of the iPads are in use. In other words, if you are open for business, you can’t do it. This means I either have to do at 9AM or midnight. 6-You cannot edit or add menu items at the backend. 7-Reports are rudimentary and even the CSV exports require modification to be useful. So you can see, this system has no practical backend. I haven’t seen a database this limiting since 1996. When I signed on, the thought that the backend was inaccessible simply never entered my mind. I have created MS Access DB’s with better functionality than this. I have been pretty forward with these requests, but it appears the development team is endlessly engaged in trying to keep the steady barrage of Apple IOS updates from wrecking the system entirely.