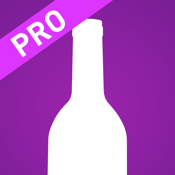 I got the app a couple of days ago, and love the functionality. Very interesting to see how BAC will increase even after finishing the drinking session. However, it’s very buggy. For example, I have to quit out of the app after adding a new drink as the “return” button at the top left of the screen doesn’t work. Also, I recently added a new custom drink, and afterwards could no longer add a new drink without the app freezing. (I suspect it’s because the drink name was written in Chinese.) Please fix the bugs, as this is a “must have” app for us regular drinkers! Suggestion: Link to WeChat / Facebook / Twitter / e-mail / etc. to disallow posts after BAC goes over a certain level. That would save me so much trouble...

Cool app, but unusable due to bugs.

Fantastic app, however the arrow button does not work allowing one to move back to a previous menu. As a result, it’s unusable on my iPhone 6. Otherwise, it would be a great tool for monitoring alcohol consumption, etc.

Love this app. You can adjust basically everything, and not only does it take into effect height, weight, and gender, but also how full your stomach is (affects absorption) and tells you where your BAC is heading. Probably not 100% accurate and I wouldn't necessarily recommend using it to determine whether or not you should be operating a vehicle (when in doubt, you'll never regret NOT driving later), but great all around. I was surprised to see how quickly a small woman like myself gets over the legal limit!!

Love this app. Would love it more with updated support. I would be so happy to be able to integrate with my Apple Watch so I don’t have to keep pulling out my phone. Thanks for a great app.

Was a great app but unfortunately looks like apple frowns on alcohol apps now so developer is unable to update. Unfortunate as this app was well made and useful in past.

I love this app. It can single-handedly change your drinking habits. Before this app, I had no idea it took *so long* for the full effect of alcohol to hit you! This app can help you ride that fine line between enjoyably tipsy and sloppy d**** because it tells you exactly how high your BAC is *going* to be, as opposed to judging whether or not to have another drink based on how you feel in that moment (not a good strategy, I’ve since learned!!). Very helpful for avoiding the dreaded hangover! My only gripe is with Apple. Since updating to iOS 11, some of the functionality of the app doesn’t work (the back buttons don’t do anything, so you have to close the app in order to get out of some screens). The developer has stated in other comments that he has already written a code update for this, but Apple rejected it. I have my fingers crossed SO HARD that the developer and Apple are able to come to an agreement so that this app can continue its wonderful existence. Don’t let that simple functionality issue deter you. It’s STILL a fantastic app and does everything you need, even with its minor issues.