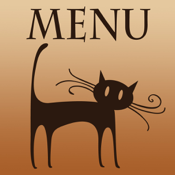 When i play the pronunciation sounds it only works once... It will rarely play it... Whats the point?

Having living in 3 of the 4 countries that the app. translates for, I see it would have came in handy back then. It does not have Italian translation. Also, I got the spoken voice to work only once and never again. Hmmmmm The app was free today.

this app does not work….search results are unreadable as they overlay whatever was already onscreen…piece of crap

This is an excellent app and is invaluable for English speakers traveling in France. It works very well even when on airplane mode.

Quick reference help during a meal

It is a cute and helpful app to help you understand what's on a menu and how to ask for something from a waiter.

Volume control would be nice

I turned the volume on my iPad all the way down, but the app voice was still very loud. I'd be unlikely to use the app in public because of this. I had no other problems with the voice function. It worked every time. If this little app crashes your iPhone then synch it with a desktop computer, update the OS and delete some of the junk apps on it.

This is a very necessary app. There are many phrases - words - idioms - one finds on French menus that are not clear, at least to the occasional Francophile. And this app is a good start. But there are still a lot of words that are not in this dictionary, and it would be of more value if the authors continue to work on the content and expand it. It would also provide them a reason to go to France and pay for the trip and the meals.

Practicing up on my conversational French for When I travel this summer. Great resource! And the pronunciations help!

I read a lot of cookbooks and this helps me tremendously and also when I go to a French restaurant. I now know what I'm ordering!! Thanks so much!!

Very user friendly, lots of items. Now all I have to do is actually go to France. Haha Would be better if it had some recipes behind those yummy looking names... :)

The previous negative reviews must have been for an older version. I found this on AppGratis, and have been playing with it all morning, and noticed none of the impaired functions described in the review. If you're looking for an app that explains French cooking techniques, this isn't it. However, if like me, you are a bit of an adventurous eater, this will help you get a handle on what that dish you just ordered is supposed to be, instead of assuming the kitchen gets it right. If I had something like this years ago, I probably wouldn't have waited so long to try veal caponata again.

Just downloaded app and speech does not work. Great concept and text, but disappointing the voice feature is a total bust. Want 1/2 my money back.

App will not launch. running 5.0.1 on iphone 4s. Bad very bad. I want a refund. too bad it looked pretty good but if it doesn't work.

To hear correct pronunciations as well as meanings of French cooking and food/beverage words is so extremely helpful!!!!! How liberating!!! Viva La France!!!!! Thank you!!!!!

Unfortunately it only plays the pronunciation on the first word... After that it doesn't work.

This makes it so mush easier to explore delicious French cuisine

I find this app great for people who travels and normally find the menus in native french, dutch or german language. For me excellent solution to know what you will be eating.

A quick spot check revealed inaccurate translations. Frites (Dutch for French fries) became rice... I will not be able to trust this app to help me correctly.

Love it, works great on iPhone 5

I was on a vacation in Québec and while dining at restaurants this app came in handy.

I think it would be a great idea to add there the recipe of the dishes, than this application will be ON TOP!

How does it have four stars?

It wrecked my iPhone its glitches now I can't delete it I hate this!!!😡😡😡

I'd love to see support for menu items in Russian. It's true that most tourist hotspots in Russia/ Ukraine have English menus available, but usually they aren't current or contain many mistakes. Nice app, thanks

Works perfectly and helped me find the restraint that I now love!