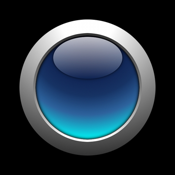 Not worth the price...

Although you expect the selection of effects to be quite varied, there are no nature sounds (thunder, rain, birds, wolf howl, ocean waves, etc.). Also, many of the effects are very low quality. One called Ole' is a single male voice saying it quietly, rather than a crowd shouting it, as you would expect. Another, called "Transformers" has a bunch of high pitched squeals - none of them reminiscent of the popular movies and animated series. Very disappointing purchase.

Looks like a bunch of fun sound fx, but the volume on the app is stuck on mute (speaker icon has "X" on it and won't toggle).