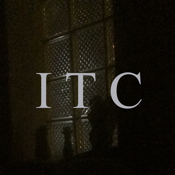 Customer Reviews of the Itc App

A must have for anybody interested in the paranormal, Bill is the best at building paranormal equipment and this new app is no different, also highly recommend the iovilus, we have seen promising results so far that are unexplainable

I downloded this app just to see how well it worked, and it kept repeating "he's awful" as my husband (who has 2 left feet) was trying to play my dance game on the wii, but as soon as he stopped dancing it stopped talking, then it kept repeating "midnight, awful, purple"... Coincidence? Lol, not with his dance moves!

Not worth it. I own several DD products now including the Ovilus 2. This app is horrible. Phonetics and speech is so random and fast you can't make anything out even slowed all the way down. Overly sensitive too just not liking this. Definitely pass on this one.

Bad reviewers just don't know how to operate it.

This device does what it says. It tries to communicate. Adjust the settings for a better hop and you will see you don't get as much garbled junk, but relevant responses.

It is going like crazy! It is rapidly firing out words, I can barely understand!

ITC is not Easy

I am a huge fan of Mr. Chappell, and his products. ITC will always be debated, and rejected by those unfamiliar with the device and how to use it. If you have seen a shack hack, or PSB-7, in action, you will know there are no guarantees that the speech is directed towards you. ITC is more like a sweep radio, and you must interpret it's answers to determine if they are accurate to you. I need an Ovilus, by the way.

Seems to do as it is described. It produces fragments of speech that may be words or phrases. Most of it sounds like nonsense, but occasionally intelligent words come through. You need to experiment with the settings though. For instance, I got “phone” followed my name when I first tried it, which spooked me a little. Also, “paint” and “larger brush” while I was painting a picture letting the app run. Words like “paranormal" and "electrical" came through several times as well as "healer" and "speak" which were also spoken by the Ovilus. Most often though words seemed random or had no meaning. However, some of the nonsense words that came through sounded like French to me, specifically words for “device”, “awakening” and words meaning something along the lines of “in my sadness.” I found this interesting because the Ovilus app had said France a couple of times earlier that day. I found it best to just listen and write down whatever I heard phonetically and go back and make notes for words with the particular settings. Sometimes it goes quickly and you may get very strange or old words that you might want to look up to see alternate or older meanings, since meanings change. If I had to make a suggestion it would for setting to keep your phone awake while it runs because it going to sleep while I was trying to listen.

Its just a bunch of noise. Even if you adjust the settings correctly you'll be lucky to get even one word out of it. Not a fun app... Just a headache.

I also got "midnight" "awful" "purple" and a couple new ones from the other reviewers "air" "help" and what I thought might be "pack up" which was interesting because I moved this morning. Not sure if it's worth money maybe offer free til bugs get worked out!

Don't waste your money. I just downloaded this App and i'm getting is basically a scanner. It is not good if your using it as a paranormal tool.

Can’t prove whether it works or not- certainly had some oddly coincidental things said. That’s for sure. Chilling

I need a refund

It won't even open I press's the button an it crashes! I really want this app! But sadly they are stealing money!!!!!

I did get alot of intellegent responses yes most of them i couldnt make out but it mentioned a ghosts name that luves with me and about my first haunting and what happened to me. I cant explain that. There are some bad reviews on here i was skeptical at first but i tried it and it works for me to some degree. Every person is different though. I give this review a 4 out of 5 because i did get intellegent responses. But 1 star less because this app isnt 100 % accurate but 90% accurate all i can say is guys as a paranormal investigator if ur going to buy this app beware it doesnt kick in right away it takes patience took me 15 minutes to get good responses. Also use headphones and or an evp recorder that way u can play it back to see if u can hear even better. This is ghost slayer from G.H.O.S.T. (Ghost hunters of shelbyville ky team) happy hunting and stay safe.

Just a bunch of random words. You hear one that sounds like a word and it's pointless.

Waste of a dollar

Huh bored and this was even boring

Well I got this after reading a review saying its like a sweep radio.... Sadly that is not correct. A sweep radio uses radio frequencies white noise and completely random words from radio stations to create a form of communication. This program uses the same sequence of words which turns out with the same answers. Awful, purple, midnight, ect. You will hear that if you buy this app. Just to test it I used it in my home which I have lived in for 20 years and have done a lot of paranormal investigations in. No spirits here I'm sure of it. So purple midnight and awful have no significance. Sorry guys I am really dissapointed.

Very unusual app! I've worked with it a while, and it does take a lot of patience to operate! But most of the words are spoken too fast and sporatic that you can't hear the complete word spoken! Nonetheless it's very unique, and fun to work with! Keep up the good work Digital Dowsing team! iOvilus is also recommended folks! -Thanks!--wiccaman1

I normally don't bother writing reviews on apps, but this app is off the hook amazing. I have been doing paranormal investigations for several years, and have thousands of dollars worth of gear. The crew I explorer with and I downloaded this app last night just to see if there might be something to it... And we ended up using the app all night, because we were so blown away by it. Just set the sound length all the way to the right, and the Offset and Dwell 1/3 to the right , and give whomever your speaking with instructions about the data base. Those were the settings that worked best for us.

Just like iOV the app crashes right as you press the power button. Please fix this bug and I will edit this to 5 star.

App spoke and said this is awful you wasted $.99 at least from what I understood it to say which is maybe what anyone would ever get out of this app. Anybody that gives this a five stars is seriously lacking their medication or just wants you to throw away money too! Maybe they can win worst App in Apple store. 😃

Used it for the first time a couple years ago at the Stanley Hotel and kept getting "stab, stab, stab" while watching The Shining! Super creepy!!

Haven't used it for even 10 mins. I tried to stop it. But when I did, it kept speaking. Freaked me the hell OUT!!!!

Less than a star

Lame. Not a tool, more like a waste of money. I could have/should have bought a loaf of bread, instead.

I just recently did a darkness radio event at ohio state penn. Billy off of ghost adventures was using this app, to basicly test it. We did get some answears off of it, but he was still trying to figure it out. Trying different settings, showing that both the dwell and offset if moved from 1/3 the way to half way makes a huge difference. When starting u want to move those till nothing comes thru. Just barely after. The whole exprience was interesting, and got me to buy the app and give it a go.

I've been interested in ITC for about 3 years now. This app is pretty cool, if you are into the paranormal I would try out this paranormal tool.

I have several of these apps and each one offers more information as well as fun. This app I just got it and I was adjusting the settings. But it was suppose to be turned off at the time. The Start button was showing waiting to be pushed once I finished. But once Romans voice was chosen Her voice read through the entire list. It did mis pronounce several words Incubus was one. Spooky get it. It'd fun.