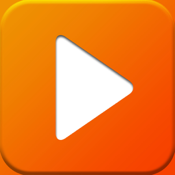 Customer Reviews of the Goodplayer App

Play from where left off fail

App used to play from where left off. Has been failing awhile. Only plays from beginning no matter what is in settings. Otherwise a very good player.

Theres something wrong with latest ios 10.1 upgrade when i open it and use the prog get out it may be crash

It hasn't been updated in two years. Upon the attempt to play a video, it crashes (iPhone 8+) and returns to desktop screen. (purchased version) I can't be the only one having this issue.

Haven't had and issues with video. But the are some audio issues due to copyright. Not much that can be done about that. Also here is a lag on startup for some reason. Overall good player.

I have only positive experience with this app. Can play anything I want and it’s easy To use.

Does not work. Just crashes

Quality control for updated is horrible. After last update, program won't work unless wifi is turned off. If any servers are enabled it will crash

After two updates I'm still having the exact same issues with crashes immediately after selecting the smb server, specifically Apple time capsule. It worked perfectly three iterations ago. I wish I could get my money back!

Not good with Chromecast

When connected with Chromecast this app will automatically disconnect after every 5-10 mins. Very unhelpful :(

The updates are terrible!

As I am always on the go I load my IOS device up with movies and Tv shows prior to departure. I frequently load up some of my same favorite movies. I am often disappointed that to my surprise some of these videos are no longer are supported anymore with the latest update. The latest one is DIVX? Why do the developers keep changing the supported video formats month to month. I have had this app for years and love the concept of how easy it is to generally load and watch movies. My aggravation is with the video formatting. Please fix it and leave it alone. I can't stand the flavor of the month supported video formats.

Decent for what it claims. Plenty of crashes for one and all

It's great in concept. Doesn't work nearly as well as it should. Common volume issues. Only certain file types work well (very few of the claimed types.) But still ok.

Was great once, now crash crazy

My favorite app for a long time, even after aac no longer supported. But that was only because i could download thru smb, now can't. Crashes every time try to do smb connect.

Thanks for fixing WebDAV!!

Doesn't crash now on playlists, lets you continue to the next video without issue Huge improvement!

you get what you pay for with this app...

... but whats sad is you can get more for free. Layout is simple and bland. SMB connect does not work. app crashes whenever attempting to conntect. absolute crap. authors should just start from scratch.

Does not work anymore

I don't know what this update fixed since good player is still frequently crashing at every turn, especially when trying to access network drives on my iPhone 6+ iOS 9.3.1 device.

Keep getting divx video not supported error with ALL vids

Great all purpose player. All the controls you want with common sense settings. Simple and easy design. Highly customizable. Recommended! Change display size not working with iOS 11. Need to be able to go full screen in portrait or landscape mode. Other than that this is a 5-star app.

If you want to view video through NFS this is the only app I've found that can do it. Samba is nice too.

I've had this app for years, and now all of a sudden DIVX is no longer supported??? Why would you take a perfectly good working up, and kill it with the updates? I am constantly on the go and I've always load videos to watch that use this app to watch just about anything. It's disturbing to see that something that's been supported since it's inception is no longer to be supported. No I have to find a new app to watch videos on. Great way to kill your customer base! No SMB, no divx, and now all vids start from beginning regardless of settings.

Crash, crash, and more crashing. Anytime you attempt to do anything with a server it will crash. Extremely slow updating errors. Look for better alternative

I've been using it for a while now but the recent update has been problematic. The new 'strip' style isn't very userfriendly. Hopefully there will be a better overall update soon

10 times better than the apple video app. I can make folders and organize my videos. I can also play all different formats. Very happy with this app and worth the money.

One of the best

I used to defend this app all the time: It has the ability to play audio in the background while on the home screen; It plays all kind of video files; It's easy to move files into folders... This latest update removes the ability to play DIVX and AVI. Now it's garbage. Great job.

App was good but developer removed the ability to download asx files and has introduced other bugs.

It doesn't work with new IOS anymore and not getting any updates. Are you guys working on the issue?

Used to love the app

No divx....may not be their fault. None of my files work anymore and it renders it useless.

Great player but this update is a disaster. Do not upgrade. Can not access my streaming anymore. Crashes every time I try to access my saved url. Update - deleted and reloaded app and then reinstalled link to irk and work again. Phew ...

No longer supporting the video formats

Dvix, AVI, xvid. I have movies for the kids that used to play before this update. Now it says they are not supported. This last update messed it up!!!!

Since updated this app, I can't watch any of the videos that I had previously loaded. A message shows up saying that the format isn't supported!! This is nuts.

Xvid/Divx support seems to be removed, forcing me to re-encode videos just to get them to play. App description says it supports both codecs. Drains battery faster (significantly faster) than older versions. Two 22 minute shows took my 100% battery down to 43%. :( I guess I'm going to have to look for an alternative, this is unacceptable.

Very unstable playing Iptv multicast and even unicast freezes after several minutes. I regret this upgrade to the last version, previous one was much more stable in playing iptv streams.

It advertises to play app files but it doesn't. It's a waste.

Used to be great, now it only crashes

A shame really, it was a great app. Crashes when I try to load SMB disk.

It's not working and I wish can get my money back

Works well with local media but crashes when i open the upnp client. Please fix!!

Get error message "divx is unsupported format" for videos that worked fine before.

The player is good. Works and all, but the movie never resumes where you stop it. I tried everything hit pause, use home buttons to exit, hit done. Still restarts every time.

Latest update doesnt work. If you select more than the SMB auto discovery client settings, it Just crashes on start. Way to go developers... Thanks for destroying a great app.. Just my two cents.

The app works very well now there are now problems. One thing I think the repeat random selection control should be on the homepage instead of in the settings.

His used to be a great app- downfall it never had AC3 support .... Not a big deal.....but sometimes annoying For the past 3 versions - since September 2015 - they cannot get the SMB/CIFS module to work to save their lives.... To the developers: Can you guys get this to work ? This is the most used protocol in the world - why do I have to broadcast a webpage to dump files one by one?

SMB still does not work. This was the very reason I bought this originally. It was ones of the few that DID work. But it has been broken for so long, and clearly the author doesn't care, so I continue to rate this app with only 1 star. They gaveth us SMB (initially) but then they taketh it away (broke the support). Now I just get a greyed screen with an endless spinner and need to kill the the app. 😞 ----------------------------- Latest version, 11.1 - improvements? Maybe. Now instead of crashing immediately upon trying to access my SMB share, I get a greyed screen with a spinner, but still no connection. Alas, no crash, I suppose, is an improvement, but still no working SMB support. 😩 Maybe 11.2? I'm more hopeful now since SMB issues do appear to be getting some attention. ----previous review--- This used to be my go to player, but now that it just crashes any time it attempts to access my SMB share, it's useless. That was the whole reason I bought this app in the first place. Why this regressed, and more importantly, why It STILL IS NOT FIXED, is beyond me. I've pretty much given up hope that this will EVER be resolved. ----previous review--- Just tried the new version (10.9) and the app still crashes immediately when attempting to access an SMB share. ----previous review---- The latest update seems to have completely broken SMB shares. It just crashes now when attempting to show the contents. So sad. 😩

This was THE best media player for iOS until the latest iOS updates. Very sad bc this really is a BEAST player. Hopefully the dev will have some time soon to update the code so it won't crash constantly when just launching it.

Not useful for my purposes because the software does not start and stop correctly at specified start-time and stop-time when playing m3u playlists. Please correct this issue / add this feature!