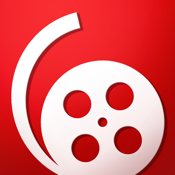 Customer Reviews of the Avplayer App

I’ve been gladly using this as my go-to video player in my iOS devices for the last 5 years, using all of its functionalities. there are things though that needs to be done so that it’d be an easy 5star app for me; First the “proper” support of HDR not just playing HDR contents, then a suitable “search” tab within the library (which is crucial for people like me who carry tens of GBs on their devices), and lastly fixing some bugs related to some specific mkv-related codecs which cause ugly visual & sound scrambles during the whole video-watching experience whenever you extensively use forward and backward functionalities... Despite all, I genuinely appreciate your team’s effort to bring up an all-rounder among appstore’s video players 👍🏻👍🏻👍🏻

I'm using the app for 3 years and it really satisfies my needs. Thanks

Please make adjustments to lockscreen for iPhone SE. The padlock picture goes over the keypad. Thank you.

Nyd an update for the app.. ther is a volum problem .. when it scrolls volume gone down and some more problems r

I’m able to play videos of various formats thanks to this app.

Great player, but not iOS 11 compatible

Love this app. Plays pretty much everything and also like the speed control, but after a fresh install, found out its not iOS 11 compatible. Please update!!

Very good application, but no support for bg audio

I have to keep open the application while i listen audio file. I hope that this supports background audio play.

Dropbox button is not available.

I could’t connect Dropbox. The button is not available. When i push it, it is not working. But google drive is ok.

Can you please update this app so that I can watch movies on the new iPad Pro without having to see the home bar and the bottom and the status bar at the top. This is very important. Also, the ability to share files via airdrop or with other apps (e.g. Apple files, Readdle Docs, Aloha, VLC Media player, etc.). That would be fantastic! Thanks.

Read this before you buy it

If you using iPhone X, Xs,Xs Max ,Xr...or you want to buy the next generation iPhone, Don’t buy this app, because this app can’t let you play video without black bar(it just like old iPhone, they can’t fill full iPhone X+ screen, they just keep safe area for black bar),NO HDR support, you will see annoying black @ screen left and right side(top and bottom), and you can’t turn it off

The message is “ Your Apple ID has been disabled”. Please fix my error.

My preferred media player app for iOS. Will give five stars when I have REAL full screen while watching videos in iPhone X (yes, I don’t mind the notch) Apparently you can zoom it all the way vertically in landscape, but even when you can zoom it also horizontally, the video doesn’t use all space available. It looks an old iPhone

Dropbox still does not connect. Give me a solution.

At least give a option to expand to the whole big screen on the iPhone X.

I think amisdt other players AV Player is the best on every aspect.

Hope to play music in background on IOS11

Hope to play music in background on IOS11

Why only can player the first video on remote location?

As title, I want to use DLNA , but if one folder have multiple file, it can only play the first one, please fix it

Controls are intrusive, take too much of the screen space, probably scaled from the iPhone, non-native iPad. Failed to play audio in the very first file I’ve tried. Jump back is allowed for 10 secs only, not configured. VERY slow positioning.

I used this app for about 2 year, there is some bugs in multi tasking in my iphone. Voice suddenly stoped and app restarted.

Have had it since '13. No complains

The support not answering

Need to cover up all screen area in iphone x

I was glad to see that it already supports iPhone X 2 months ago, but the latest update still haven’t take the full advantage of iPhone X’s hardware. The first thing is HDR, well, it does decodes HDR video, but the color space isn’t quite right, resulting a somewhat washed out image. The second is zooming, now it won’t use the whole screen, the largest area it covers is the safe area, I think it’s better that you add a mode that covers the whole screen, leaving users to decide whether they use or not. And it also has some bugs you need to take care of, one is that the right side of preference setting screen is omitted a little on iPhone X in landscape mode; another is something I encountered on both iPad and iPhone, which is that it duplicates the video frame and arranges the image side by side when it plays a high bit-rate 4K video or something similar using software decoding, although it stutters heavily and not really watchable in the first place, but it’s a bug anyways.

Not able to rename file, can only rename folder in the latest version

Not able to rename file, can only rename folder in the latest version

it works great except when it's an external ssa/srt with mkv that has no internal subtitle. Pls fix asap. Plus, the app can’t work under iOS11

This app used to be amazing, but sometimes the inconsistency of the WiFi transfer gets really frustrating on long trips. I use Dropbox and GoogleDrive but neither work. Please update!

Hi Please add yellow subtitles because yellow is good for the eyes. 🙏💖🌺🌟 Thanks for this great app. Please also update this. It's been a long time since the latest update!

Great but not enough update

Why not receive the user interface like infuse 5 and iOS 11 ? Please update this great app to more beautiful layout and latest iOS operating systems

Not formatted for the new iPhone XS Max

The vendor needs to fix a bug or feature on this current release. Videos now are not fitted for the new screen size on the iPhone XS Max. The pictures does not fit the entire screen and you can see a section of the app background.

The included web player crashes the app on the latest iPhone XS. Please update the app.

Flashback, can I get a refund?

The more you use, the worse the quality and when do you upgrade?