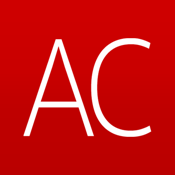 Don’t get me wrong... it’s a great app... but I want to find a specific category or artist and I can’t. Why is this? Well its because there are no. Search bars. If there is it’s impossible to find ;-; Also it glitches a lot and I can’t read any comments or upload anymore

I just got this on my new iPad Pro, partially due to my phone being too small. The tools are nice, but I don’t like constantly switching between tools. Other than that, it’s a great animating system.

My dream to be an animator

I find this app very useful, I have no problem with the lack of brushes. But I will say that it’s VERY frustrating to have 5 layer limit. If you could please not put a limit on the layers that would be EXTREMELY helpful.

It’s so easy to use! I’m making animation for my grandkids.

I want them to grow up and know you’re never too old to be creative. What a great tool this is and it’s so easy to learn. It’s opening up a whole new medium for me. Thank you to the developers!

I am confused how to use it. I don’t know. I’m okay with it.

I love the paid version, was definitely worth it. I’ve created some very cool short animations. It’s easy to use and overall just fun to play around with. Two things I would improve is the undo button, easy to miss, you end up animating dots on the screen by accident, and color palette. Maybe this is just me, but i have no idea how to save colors, so if i want to animate a colored animation i have to wait until I’ve animated everything before coloring it in because my colors don’t save. That gets annoying. But other than that still super worth it.

I do wish there were more brushes and I wish that my app would have a better way to move frames around since my animation is bordering 900 frames and I everytime I go scrolling to rearrange the frames, my app force-closes on me. And the lines always look blurry when I finish the animation and upload it. Is there any way to fix that? Imported photos always look blurry and that’s a problem since I draw some important frames in my art app and import it to the animation app, only to have the image come in blurry and slightly distorted. Other than that, I’ve been using this app close to four years now and it’s still the best animation app, bugs and all.

It has a few bugs and needs some work but it is good otherwise.

It’s pretty good but the audio feature is absolute garbage and it almost never works and loops over each other.

Only problems so far

WHY DOES THE FILL TOOL LEAVE A TINY LITTLE SPACE WHEN YOU USE IT IN RECTANGLES!?!?!?! Edit: Also please add a feature that allows you to make perfect triangles. I would be really happy if you did!

Very unsatisfied with this app. Maybe I was under the wrong impression but I thought I could make small animations with this app but instead I get to view the animations of others as if I can’t do that on YouTube. Zero stars

It was awesome and it had everything you need and want.👏

This app is pretty amazing and simple though i would suggest that more brush styles and better quality is needed. the app is a bit outdated but i love the full version. with bug fixes i would like to make it easier to paste images without having the whole screen turn around weirdly and have my picture end up being cropped badly. also, whenever i use the move tool or the box drag/distort thing it always makes the drawing super pixalated and blurry so please fix that and try to fix crash updates too, it crashes and it doesnt save thanks

I love this app it has no adds easy access am a wide variety of colors to choose from but I think it could use a bigger variety of tools but other than that this app is amazing and I definitely recommend having this app if you plan to be a Future animator or you can’t afford to by an animation tablet.

Pls fix the lag in the select tool.

I really like it it’s just one problem the frame.. When you try to make it smaller it doesn’t go as small as I want it to But besides that good job

Easy and fun to use! Would recommend to anyone. Pay for the full version, definitely.

I’ve been trying out many animation apps, but they all are outdated and seem like they won’t be having another update anytime soon. The reason I put that up is because all of them have something that the other don’t. This app been one of them. These are some problems I have been having during my run in the app: - Auto Zoom: When I first was trying to add detail into my animation frames, I usually zoom in to get each line correct. The problem is that sometimes when I zoom in, it automatically zooms back to the full canvas that has been annoying me for a while now. I recommend having to add an option to remove auto zoom or use three fingers other than two fingers as an auto zoom out tool. - Layering: After having to make the overall look of what the animation would look like, I would go back to the first frame and make a new layer so I can be able to get a smoother and cleaner animation at the end, it is until I notice that I have to constantly go back to the layers so I can add a new layer to each frame. This would take too much time in having to make the process so I would recommend having to make an option to add one layer to one frame, add a blank layer of each frame, or add a copy layer on each frame that would help allow things like backgrounds to stay in place, allow less time to add a layer on each frame and allow there to put a note if needed on one frame. These are the only suggestions that I have to offer, I hope to make sure that animations are easier and more fun than work. Thank you for giving us an amazing app called Animation Creator.

I honestly do love animating on this app and the automatic onion skin. I also love how you can record audio. However, I have some feedback. I would love it if you guys could fix this bug where it automatically exits out of the app and erases some of your progress. Also, I feel like you can’t possibly have unlimited frames. The frame rate usuallly has to be lowered to handle a huge number of frames.

Great for kids, easy to use, and it is fun to use as well, and at the same time it has almost all of the necessities of professional animating softwares. Though there are a few crashes at times, it is a good app.

Animation Creator is a good app for beginners in animation. It offers a good platform for learning hand drawn frames. However, there are no options for tweeting and it will not let you resize without erasing and redrawing the frame. I warn that you should not download this onto a mobile phone. The screen is too small to produce good quality animations with. AC also offers backdrops that you can choose from your photo library. I had found this very useful. Paired with some prior knowledge on animation, this app can be a very useful learning tool.

Tried and love it

Brushes and Sound is the problem