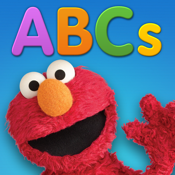 Whose idea to put a coloring image of a little boys underpants in the app? Very pervy and creepy. Trying to find out who to report this too. I dunno - U for umbrella, ukulele, university, universe, even undershirt. But a pair of tightie-whities. Inappropriate. Parents - examine everything.

For the videos on letter L it keeps saying the letter “A” like “A”, Leaf, “A” Lion For the letter H it turns green when you haven’t even finished tracing it, actually for a lot of the letters it “accepts” the trace unfinished. The orange arrow that gets kids from the videos to drawings to hide and seek gets stuck a lot and is impossible to move sometimes. I often have to try at least ten times to move it or just give up. A very weak app for a paid app. I wish there was more educational value and less “fun”. The only valuable part is the tracing and the three videos that correlate to the sound, the drawing is dumb because screen is too small to actually color AND it doesn’t teach anything, and the hide and seek is defective and doesn’t really help them learn anything.

I bought the full version of Elmo years ago and now with a new iPad, my child wants it back. I have added them to my account that it was bought from. Now it will not let her download it without paying $4.99. I would like to know how to do it without being charged.

what m**** thought it was ok to let kids save pictures?

My great-nephew loves playing on this app. However, as a retired teacher, I was dismayed that Elmo and the astronaut both said ahhh for the "a" sound. The letter "o" makes the ahhh sound while "a" makes the short a sound. I just bought the whole app for him, so I hope there are no more errors with letter sounds. Hopefully, you can change this problem with an upgrade.

Just downloaded and L sound is same as A. How can this be fixed? Thanks.

There's so much for my 4yo to do on this app, and he's learned a lot from it. Love it!

Unable to re download app, since it wasn't working correctly. I uninstalled to reinstall and can't, very frustrating.

Bought this for my son so he could have a different game to play and to help with letters. I'm a little disappointed because the lower case letter game will close the app. Please fix this.

I like the game but, it crashes when you switch to the other game mode.(from abc's to find the letter) the other reviewer said the same thing! I spent 5 bucks on this app and I can only play part of it!! Fix it! Now! Fix it! Other than that, fun to play, Elmo and everyone is there! Good mix of old and new! Wonderful! But fix the glitch!

Great once they fix the crash glitch

My son loves this app but figured out how to switch it to the find a letter thing and it always crashes. Please fix it. Another day of ASD meltdowns is not pleasant. Paid for the full version for a reason.

I bought this app for my daughter when she was about a year old and she only played with it a couple times. Now she is 2 1/2 and she LOVES the numbers and letters app!!!!she asks to play with it every day and has gotten so good at tracing the numbers and letters. We have never had any issues with the app and it works great!!

The app continues to crash. No support is offered.

I purchased the original app several years ago. I deleted it temporarily to my cloud to make room for other apps. I can no longer download it since the latest update. My 18 month old granddaughter keeps asking for it. Either fix the problem or refund my money as it is of no use to me. Very disappointed!

I just bought the game because my daughter loved the demo and I figured let me buy her the whole version. It's resetting the app every time I try to personalize her page. Please fix this issue the app has so much potential and I can recommend it to so many people. Please and thanks.

One of the best kid apps out there

And I've tried a lot of them! Tons of content, grows with my 2 year old.

What's up with this iTunes?

I bought the full version of this after my son fell in love with the free version. However, I had trouble updating it and getting it to run the latest version. I tried deleting it to re-download, but now it won't download. An awesome app when it worked, but for me now it's just a waste of five bucks.

Great, but audio goes away on certain videos

This really is a great app. My son used it when he was little, and now my daughter is using it. I do not like how arrow is one of the Aa words. R-controlled vowels are not okay for teaching vowels in a PreK/K app. Also, my daughter loves the veggie dance in letter Vv, however, the audio has gone out in that video, too😕.

Purchased this for my daughters iPad mini and has not worked for awhile. Support says they updated, however it still doesn't work.... Need my money back !!

I'd love to see if I like this. However, I can't because it won't download. All other apps I purchased before and after attempting to download this. This is the second dud I have bought from iTunes.

If I could give this a zero rating I would, I just paid for it downloaded it for my grandchildren to play with and it never fully loads and shuts off constantly! A big waste of time and money don't bother with this app!!!! Signed, unhappy Nana

Got a response saying this was fixed, but am still unable to download with the same frustrating message.

Update not compatible with device

This is one of the first apps I purchased for my son and it is one of his favorites, however it cannot be updated on my current device. I am happy with the iPad mini I have and am not getting a new device yet. Please make your updates more compatible again.

Was great until audio stopped working

This worked great on my iPad G3 IOS 7. But on this iPad Air, latest update, the audio for most of the videos fades out partway through Elmo's intro. There are a few videos where sound is normal. Will change review when it is fixed.

Finally went to buy full version and it won't download

Can't download the update on my iPad. States the app is no longer compatible.

My 2 yo loves this. I would like to know if it will work on the iPad mini as that's what I plan to get him for Christmas.

My daughter just turned two and she loves this app!! We had the lite version, but had to buy the full version because she loved it so much. Also, it's helped her master her abcs!

Not compatible with iPad mind 2

Purchased years ago and had no issues. Just tried to update it and it's not compatible!! My sons favorite app. Where's my refund?

My 2.5 year old daughter has been in speech therapy for over a year. We recently had a big word explosion (her first ever). Tonight she read off every letter on a book about colors, completely unprompted. I know it's because of this app. We live in a rural area and she gets to play this game on trips to Target as the store is 45 mins away. I also love that the videos that play are not contingent on web access, they are built into the download so they will always play no matter what. I don't often pay for preschool apps but I am so so glad we paid for this one.

I paid $4.99 for an app my son adores and he accidentally deleted the app and now I can't re-download to my iPad, it says it isn't compatible with my device all of a suddden! I am so upset!

crashes. do not waste your money. what a ripoff. i want my $5 back.

This app was fabulous due to the fact that unbeknownst to me my 3 year old was taught the entire alphabet! It has entertaining games, video clips, and rewards for tracing the letter and choosing the correct answer. It's great for kids who can't trace the letter exactly, like some apps require. This app is perfect for the beginner all the way up to the advanced. I recommend the app to all my friends whenever I can. Worth the money!

If my 22 month-old nephew sees my iPad, he'll come over, say "hi" in a super adorable way and says is: "Elmo? ABC?" I have several free apps for my nephew, but a few weeks ago, I was done with just the A, B and C options with this app's free version. I downloaded the full version, yes, paying the $4.99 cost. My issue with the full version is the size of the app. My 3rd generation iPad is not just for apps for my nephew, so app size becomes a huge issue when it's to the point I have to delete things for system updates! The really irritating thing is that there is Elmo app update pending and I'm only writing this review because it's a 600+ MB update! My question to the developers: why on earth is this app already over 700 MB and need a 600 MB update? It seems extremely large when several other apps are just as detailed and are much smaller (including their updates)?

Don't know why, but when we try to personalize with videos, there is no sound anymore.

Not compatible with iPad

Tried to update latest version of this app and got a message saying that it is not compatible with my iPad. Very disappointing!!!

We've used this app for over a year now and with iOS updates more and more parts of the application have began having issues. Son loves it and I credit it to helping him learn the alphabet quickly and efficiently but it is hard to explain to a toddler that what he wants to do no longer works (like the letter identification game) Definitely listen to the other reviews and don't buy this until you see an update after March 2015.

This app was great until the audio on the videos stopped working! I've sent two emails regarding this issue and haven't received a response. My daughter now doesn't want to play with this app since the audio doesn't work properly.

This is a very good app

But.... Still crashes in find the letter game mode. Please fix this because I paid full price, I want full app... Ok? Please

Be prepared to use a lot of storage

This app is good for kids and the graphics are excellent however be mindful it will take a lot of storage space. It's taken up 703MB of storage on the iPad. If you have room, it's a great and educational download.

My 1 and now 3 year still loves this app!

The Monster at the End of This Book

This app is fabulous once you get it to download, it takes FOREVER!! Was hoping to use it for a long road trip but in the 30 minutes before we left the house it still hadn't downloaded and we tried several times to find ways to speed it up.

My grandsons love this app. No tech problems with it at all. Maybe it’s been improved since negative reviews were written. We love it!