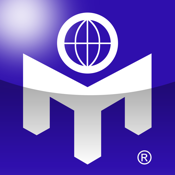 Please update your app for 64-bit

Your app is no longer supported in iOS 11. Please update your app.

Curious you can get into Mensa? Get this app.

Nice way to wake up my mind. Thank you MENSA.

Entertaining for sure. 2 things could improve app: 1. An explanation of the correct answer on a wrong selection - but space in the app probably makes that impossible. 2. The'Training' is irrelevant. Each actual test has approx 15% - 20% word problems; each training test has approx 80% word problems. There are not enough updates - take a test every day or two and very soon it is mostly the same questions repeating themselves.

Challenging, but I love it!

I wish they have option for culture fair test

Well worth the money, time and effort.

It's meant to challenge the mind.

I wish it was made clear what the score at the end means. It's implied that its your IQ, but it is also never explicitly stated as far as I can tell. Either way, I like this app.

OUTSTANDING App!!!! I will buy any educational app you develop. This app is PERFECTION And has become my very favorite app (and I have a 128-GB iPad filled with apps). Thank you!!! I am learning a ton!!!!

Fun puzzles. Wish they provided explanations on the tests to allow you to figure out some of the tougher questions.

These questions are very disimilar to the actual mensa test. The questions, in particular, finding the next number in a sequence, are frustrating, because they are not that complicated on the actual Mensa test, and there’s no rationale behind which pattern they’re choosing. They set them up in a particular way and you are left to try a million possible variations of equations (prime numbers?, multiplying?, subtracting?, divining?, a combined?, and finally one that had you add the first two numbers and then subtract the third number, but with the digits reversed...really?!) and hope that you find the right one that lines up with their logic. That’s not measuring your IQ, it’s just hoping that you get lucky and figuring out what kind of zany pattern they’re coming up with. There are literally thousands of possibilities and you could spend all your time going in the complete wrong direction. Very poor test and completely unrealistic to Mensa standards.

I may not be better than average but I really enjoy testing myself.

Many of their word comparisons use inaccurate synonyms or antonyms of words, the number problems are predominantly based on finding one possible pattern out of several (and hoping you are fortunate enough to stumble onto theirs sooner than later), and based on familiarity and rote memorization far more than intelligence, If you have a high IQ, the fallacies are quite clear.

Take the test but nothing to help you figure out how to improve score. Becomes a waste of time

Don't learn anything but guessing.

Doesn't give the correct answers in the end so that one learns. Plus, the questions are repetitive so guessing becomes easy the second time.

Please let me see what questions I answered incorrectly!!

How can one learn when you don't have a clue which questions you answered correctly and which ones you did not answer correctly?? It's useless. The pre-test questions let you see the answers - and I love the "Why" option - I've learned a lot. I would give it five stars but I can't do that.

I'd like to have explanations for the test questions and a basic analysis of my intelligence. I also would like a little more variation witht the Training questions.

I should mention something to those who criticize this as "not a valid IQ test." You're right, and it's not meant to be. It's meant to be a fun logic puzzle game, which allows you to practice verbal, spatial, and quantitative reasoning in a way that does not give anyone an unfair advantage when actually taking an official IQ test, such as the Mensa entrance test. This is why they call it "brain test," rather than "IQ test." Just have fun trying to figure everything out, and see how high up on the score board you can get. Try to find new efficient methods to solve problems that you already know the answers to if you figure everything out (btw, it is incredibly time consuming to figure out every answer, so that is a challenge, in and of itself.) Just have fun, and always take an imperfect score as a positive experience, as it allows you to discover new ways to improve your logical reasoning.

The training mode asks the same questions constantly and does not prepare the user for the testing mode. I find this disappointing. You also cannot see which questions you were correct or incorrect on and no solution is offered. I like the idea of this app but if needs improvement.

A good brain stimulator and aggravator.

I hope they continue development with new content. It called me a bright spark <3

The training mode just continually repeats problems you’ve already solved or attempted and already know the solutions to, so it’s pretty much useless.

Some questions do not have a correct answer

Penalty for wrong answers. Some of the questions are brain exercisers indeed! Correct answers are not given...

I'm just amazed at the pointlessness and total lack of applicability to any real world work that this has. A bit disappointed.

Scores are skewed and do not reflect ones actual IQ

I usually don't write reviews, but I felt obligated to write one for this application so other people won't be deceived by this app. After you finish a test, the app does not tell you what you got wrong, or what percentage you got, only a certificate that tells you what your "Brain Test score" is, which you shouldn't confuse with your IQ score. The Brain Test scores are skewed to reflect a higher IQ score. The actual IQ test is scaled so that the scores form a normal distribution curve with a standard deviation of 15 and the mean at 100. This means that a score of 130 should indicate that you are in the 95% percentile, and a score of 132 (which is also the approximate entrance score for Mensa) means that you are in the 98% percentile. Even though I am normally tested to have an IQ of 125 or so, my "Brain Test score" was a 150, which is twice the standard deviations away from the mean (note: a factor of two in standard deviations is huge). Being skeptical about my score and the test, I redid the test picking the first answer each time. Surprisingly enough (not really), my score was a 68, which is less standard deviations away from the mean than my previous score. Assuming the Brain Test score is equal to one's IQ, that means that for every person with the same score as me, there are hundreds of people scoring lower than if they took the test without looking at the questions. I find this very hard to believe. On the positive note, since I am not actually as cynical as I may seem, some of the training questions are pretty nice, until you start seeing the same questions from previous tests over and over again. This app is also pretty aesthetically pleasing and good at boosting your self esteem.

The app is good and worth getting but there are some aggravating features about it. 1. Practice test repeated same question very very often. 2. Because of number 1 it makes you want to just practice with real tests but the real tests offer no summary like the practice tests do. So you have no way to find out which questions you got wrong and no "why" button so you can learn what you did wrong. Because of the above the app ends up being less useful than I was hoping. Hope they can adjust these problems.

Decent, could be more instructive

Nice presentation of the test, but could be so much more. Anger set of sample questions and explanation of results, possibly even grow into a brain training program. More importantly, how can it better support Mensa mission/goal and membership?

Great app except for the same complaint everyone else has: it won't show you what you got wrong or an answer key so can learn how to solve a type of question. So incredibly frustrating. I can save the screen on my phone and go back and solve it later at my own pace, but it would be nice to have a solution guide. I hope the developers read the same criticism over and over from different folks and take heed!

I also like knowing that the questions were prepared by the respected Mensa group.

Better use of time than the average game

Answers to what I got wrong would be nice. However, then they would have to add more questions.....

All the "iq" tests in the App world; this one is the only legit test supported by Mensa. Others are only a game for fun. Get this if you really care to gauge your IQ!

Got a 146 i wonder how accurate that is.. Great use of some spare time!

I really enjoy the tests but wish you would show the correct answers after the tests and explain them so we could understand what we did wrong .