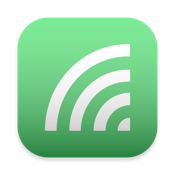 Customer Reviews of the Wifispoof App

I purchased this after using terminal to attempt to spoof my MAC address. Terminal indicated it was changed with `ifconfig`, but I was still having trouble with a hotel wifi gateway. I purchased WifiSpoof to see if it might have some other methods to change the MAC. Turns out it actually can't change the MAC at all (option is greyed out). Furthermore, iTunes refund is not possible for this item. Trying to run the binary from Terminal gives a cryptic error, suggesting that the application binary was not complied to be compatible with High Sierra 10.13.6: ``` sh-3.2# /Applications/WiFiSpoof.app/Contents/MacOS/WiFiSpoof Illegal instruction: 4 ``` Caveat Emptor.

Does not work they won't offer refund or respond

Great for what it is intended (some install problems)

Loved the trial version, went to buy it here on the App Store for my Mac Book Air running High Sierra. Had quite a few problems with installation (but eventually succeeded). The developer needs to post HERE on the App Store that you need to throw away the Trial Version to install the Paid version. They sent me that in an email after I wrote to their support dept when I was having endless install problems. Anyway, now that the installation problems are solved (took two hours) I do have to say that this little piece of software is like magic. If you have reasons why you would need to change your MAC Address, this thing is superb for that purpose. Tested again and again in a situation where changing the MAC Address was critical - worked every time, and flawlessly. One side note - again the Trial version does not work exactly like the Paid version - very similar but some steps are made easier in the Paid version. On one hand this is a good thing, but on the other hand it is a bit confusing for the first few moments of the Paid version as you are trying to use buttons you had to use in the Trial but not in the Paid. Also there is an absolutely critical “read me” file in the Paid version that you must not ignore. If you have a need to change your MAC Address then I can highly recommend this software. 2014 Mac Book Air, High Sierra

The program is user friendly and very nice to look at, while working exactly as intended to. On my network, it takes a couple minutes to connect when I'm switching to a MAC address that isn't my computer, but when it does connect, it works flawlessly. Keep in mind that there are multiple free programs on the web you can use if you're a normal person who doesn't want to spend $20 to do something you can do on the command line. I wasn't very happy with the price, but otherwise, a very solid program.

> You need to install the "WIFI Spoof MAS Helper App" to make the app work! <<">

IMPORTANT!!! Click the Please "Read Me". link in the left of the window. This will take you a url where you can download and install the helper app to fully enable WiFiSpoof. >> You need to install the "WIFI Spoof MAS Helper App" to make the app work! <<

It works, mostly. But overpriced.

It does what it advertises, which is spoof your MAC address. However, some features are simply broken. For instance it will always list your old MAC address under "Current Address", whereas previous versions properly displayed the spoofed address. So without external verification, there’s no real way to be sure the app is working. It would also be nice if it had added features, considering everything it currently does could be accomplished with some Googling of the proper terminal commands. (A nice feature would be the abilitity to automatically clear cookies or cache, for instance, as some of these public wifi networks that try and time you out of free access, also like to use tracking cookies rather than simply MAC addresses, but just an idea.)

Does not work with Mojave (Macbook Air)

I purchased the app and installed as described. But when I change the MAC address, it immediately changes back. Don't waste your time/money.

DOES NOT WORK ON NEW MACBOOK PROS

It worked on my old macbook air with the trial so I purchased it for my new mac and it didnt work. Try the trial before you waste money. Even when software updates are pushed out the problem is not resolved

First one to review it and I like it! Very convenient to use. No problems yet! STill learning about what it does and how it works as much as possible.

Issues on Mojave: Does not work for primary WiFi interface

A macOS user's Review of Wifispoof

On Mojave it doesn't seem as though the app is able to set the WiFi interface MAC. It disconnects you from the network but the address changes back to the default MAC address for that interface. Works for changing the MAC quickly on Thunderbolt adapters and USB network adapters, though.

not compatible with latest macbook pro

This app is super easy to use and works like a charm. I’m on a Macbook Pro Late 2013, running High Sierra 10.13.3 and WifiSpoof works great. I am able to change my mac address and have been able to utilize “temporary” free wifi passes at certain businesses multiple times with ease. It’s easy to install and has a two week free trial. I had no issues, it works every single time. easy to download and if you aren’t tech savy it’s worth the money to not risk messing up writing the code everytime to change your MAC address. This is easy and safe. Great buy. Worth the money.