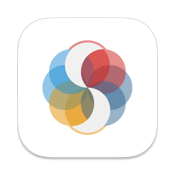 By far the best SSMS replacement

This is the best Microsoft SQL Server Managment Studio replacement for doing queries and much more.

So far so good, extremely lightweight and responsive, no hangups. Please add support for sqlite and Mongo!

Fast, performant and clean… Themes could use some work.

SQLPro Studio is brilliant! The interface is clean, clearly designed for OS X instead of a cross platform port. The UI is comfortable and responsive. The app is performant across millions of rows of data for the use cases I have, faster than most other tools I have used on OS X. The “Dark” theme could be closer to the “Dark” theme Omni Group uses which affects the entire UI and not just the list of tables and the SQL query inset. I think this change would improve the immersiveness of the tool and help it blend better with SublimeText 3 and OmniFocus 2 in my workflows. As it is, the mix of where the theme changes the UI and where it doesn’t feels like a frankenstein rather than a part of the application’s experience. Also, it would be great if SQLPro Studio had support for more relational databases and non-relational (NoSQL) databases which I find myself using the commandline for. These are really minor quibbles overall. Sure, they have impact for me, but as it stands SQLPro is a four star app which has relieved significant burden from my workflow. I’d buy it again in a heartbeat.

Thank you! The best Mac SQL client out there

I use Toad on windows for SQL related duties, and have struggled to find a decent SQL client for MacOS. pgAdmin is garbage and navicat was okay but could be slow. I’m so glad I found you guys. I was blown away by the performance when I went through the free trial and you have gladly earned my business. There is room for growth for security administration etc, but this is a impressive beginning to an amazing product.

I've tried several programs on Mac OS X, OS X, OSX, and macOS for connecting to SQL databases. All the applications I've tried in the past (open source, commercial, free, etc.) did not honor the Mac-way of interacting with text; the cut and paste keys were wrong or cursor navigation doesn't function properly. They were simply a kludge on top of a JDBC connection, and it was a pain to get anything done. Not SQLPro Studio. It is a legitimate native application. It's the first utility that has allowed me to quit using SQL Server Studio inside a Windows VM. (I do a lot of work with SQL Server under duress.) The developer releases new versions frequently and is very responsive on the support forums. I was a little nervous about dropping so much cash on an application. I don't regret it now.

Highly recommended. This program has a very elegant interface, is stable and has searchable tab history similar to sql prompt by redgate. It has a few nice dark themes that apply in a few clicks. I prefer having it right on the mac desktop rather than remoting into another computer and working in ssms.

Does everything I need except export

I purchased this to be able to manage all the different databases that I have to develop against. The SSH tunneling feature is very valuable, elimnating manual tunneling to production systems. The only missing piece for me is to generate exports for importing into another system. If it’s there I can’t find it.

This is, without a doubt, the best application for connecting to and querying from SQL databases. I have tried many other options (most of which are Java-based) and none of them come close to feeling like a true Mac app the way that SQLPro studio does. In my environment, I am one of the only Mac users but all of our database servers are either SQL Server or Oracle. This used to mean switching to a Windows VM to be able to do my work but now I can do all of my SQL development in macOS! Hankinsoft is a great shop; they respond quickly to support emails and release updates regularly. I give this app my highest recommendation. SQLPro Studio is not just a great SQL app, it is a great app period.

This app does OK, but it really isn't worth the $109 they are currently asking for it. I suppose for simple DB management tasks, it does the business. Don’t expect Navicat-like features or refinement. Also, the Studio version, for some inexplicable reason, dosn’t support SQLite databases! Why? You have a standalone product for SQLite database management, but your flagship all-in-one suite doesn’t support SQLite!

The app is ok. Haven’t hit any unsurmountalbe issues as of yet, although I come across one issue frequently (i.e. about once per day). When I’m writing a new query and trying to save as a .sql file locally an error pops up saying I do not have permission to save to my file system. I am an admin on the system, and I’m not trying to overwrite an existing file that I do not have permissions to. I am simply trying to save a brand new file. I have to force quit the app (so I don’t lose the SQL) or copy/paste the SQL into a text editor and relaunch the app and try to save again. At least one other person on my team suffers from the same issue. Would love to have that resolved!

Lifesaver for the multi-database lifestyle

I jump between MySQL, Postgres (and Amazon Redshift) and SQL Server frequently and this tool saves me a ton of time. The most native mac-feeling SQL app I've found.

I'd give it five stars but for one bug: Every time I attempt to go full screen, the app simply hangs. I use full screen mode frequently and this bug is very annoying, but not a showstopper. I'm sure it will be fixed soon. Other than that, SQLPro Studio is a beautiful elegant and very useful app. Highly recommended!

I was on the lookout for a native OS X application to work with MS SQL Server instances. This application gave me a clean, simple, and fast interface for working with MS SQL and MySQL databases. Totally worth the money. Thanks for the great app!